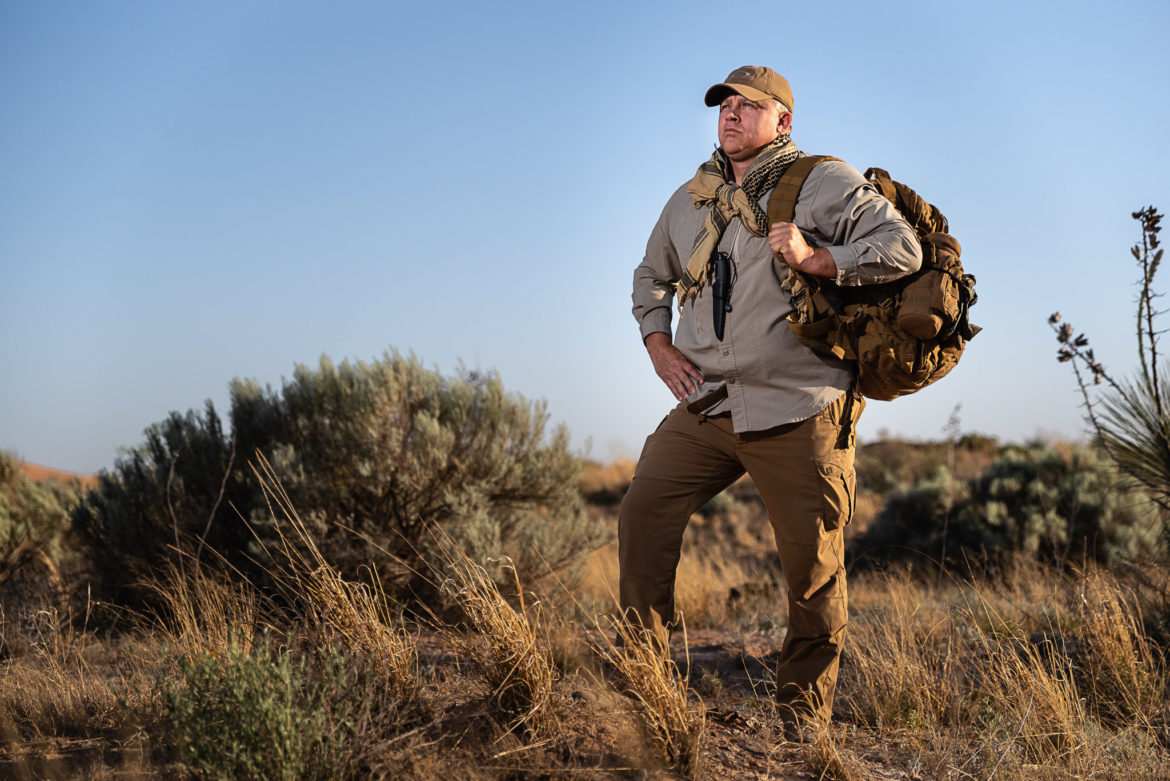 How long would you last if you didn’t have easy access to food, water and electricity? Retired Marine Alfred Legler knows many city dwellers aren’t prepared for when a disaster may strike. That’s why he began teaching classes to help El Pasoans learn basic survival skills.

“A lot of people have never been out of the city. They don’t know how to hunt, they don’t know how to fish, they can’t look down on the ground and identify what kind of plant is edible, what kind of plant might have some medicinal use. Everything is just immediate gratification of going to the store and obtaining medicine or something to eat or something to drink,” Legler said.

He’s been organizing outings through his Meetup group called Bona Fide Survival, which is “designed for adults, teens, and youth interested in learning and enhancing knowledge and concepts in wilderness survival, self-reliance, prepping, and primitive skills,” the group description says. 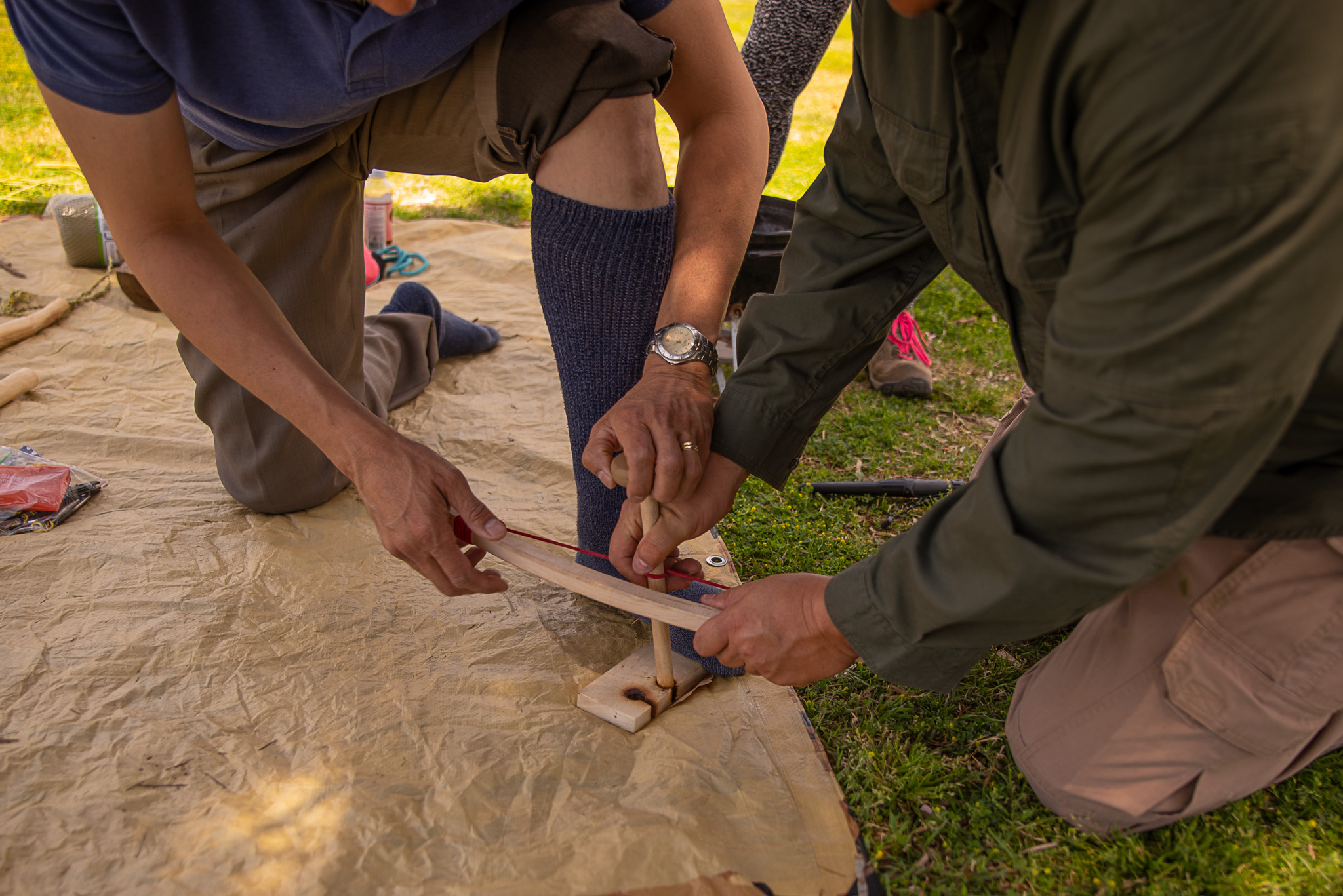 In one recent outing at a city park, Legler set up a controlled environment for participants to work on primitive firemaking. They practiced techniques using a traditional hand drill and a bow drill, along with flint and steel.

“Put some more pressure and a little bit more speed,” Legler told one student with a bow drill.

“You got it,” Legler said as thick smoke came from the wood. The student, who said he had never started a fire with anything but matches or lighters, appeared happy to see a small pile of black ash with a glowing orange ember in the middle indicating his labor was successful. 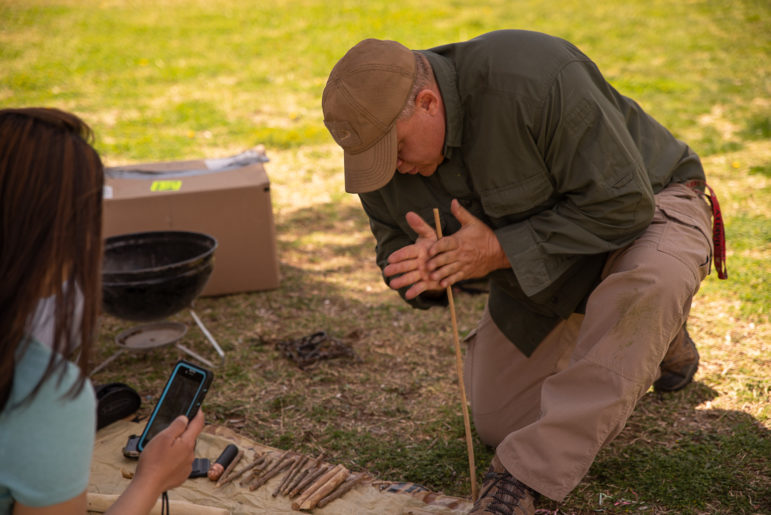 Alfred Legler shows his students how to use a traditional hand drill for firestarting. Photo credit: Aaron Martinez

The main target audience for his survival classes is “the average Joe living in the house across from us,” Legler said.

“People that live in the city probably need the skills the most because they’re not adept at anything other than city living,” he explained.

A plus side Legler finds to teaching the classes is that it helps him refine his own skills. The skills are very perishable, he said, so the key to learning them and keeping them is to practice often – which his classes allow him to do. 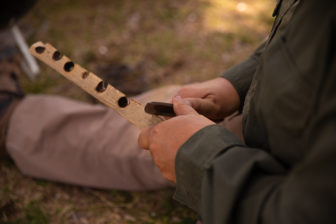 Alfred Legler uses a hunting knife to carve a new slot in a piece of wood used to start fires with a hand drill or bow drill. Photo credit: Aaron Martinez

Even though he was in the Marines, Legler said his survival skills didn’t come from his time in the military.

“A lot of what you learn in the military is conventional warfare type stuff,” he said.

Most of his survival and self-reliance skills came from his parents and great grandparents who shared lessons learned in the Great Depression, when millions of Americans learned to live with few resources. And also from his mother’s family who fought in the French Resistance in World War II

“They fought the Nazis there however they could and they didn’t have anything. I always grew up under their wing and they’ve always taught me to be self-prepared and not to rely on anyone for anything,” he said.

Legler believes survival skills are just as important today as they were then.

“If you turn on the news any given minute, what do you hear? Constant feed of negative information, you know, war, death, famine,” Legler said.

Most Americans, including El Pasoans, have never experienced real hunger and are accustomed to having their necessities close by.

“You can go to the supermarket and all your needs, everything you could possibly ever want is there,” he said. “But what happens if there is some type of incident where the trucks stop delivering food? What are you going to do at that point?”

Across the United States, the average household’s nearest supermarket is 2.19 miles away, research by the U.S. Department of Agriculture shows. According to a report by CNA, a nonprofit research and analysis organization located in Arlington, VA., grocery distribution center near most major U.S. urban areas probably have on-hand enough shelf-stable products to feed a community for 3–4 weeks in a disaster – if they can be delivered to stores.

“I think it’s very important to be able to self-sustain yourself,” Legler said. “We live in the United States and we have all these luxuries, but they might not always be there.”

Aaron Martinez is a double major at UT El Paso studying multimedia journalism and digital media production. He will graduate in May 2019.