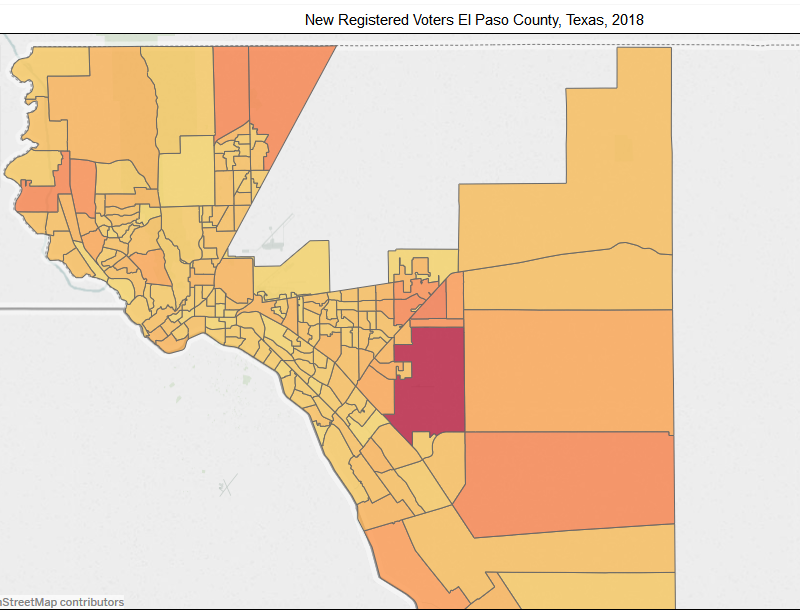 El Paso’s voter registration grew by 6.8 percent since 2016, faster than the state’s 4.6 percent growth rate. Preliminary figures from the Secretary of State’s Office show that only 18 of Texas’ 254 counties have had a higher percentage growth of registered voters than El Paso between 2016 and 2018.

The registration growth is driven largely by younger voters and those living on the eastern edges of the city and nearby unincorporated areas, according to preliminary data from the El Paso County Election’s Office.