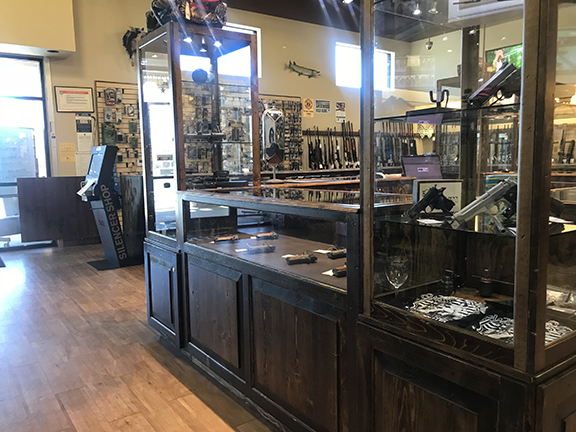 In the past five years, four of the five largest mass shootings in the American history have taken place – 58 people dead in the 2017 Las Vegas shooting; 49 killed at an Orlando nightclub shooting; 20 children and six adults killed in the Sandy Hook Elementary shooting and 25 people gunned down in Sutherland Springs, TX.

We’re only five months into 2018 and there have already been 79 recorded shootings in the United States, according to the Gun Violence Archive. In addition, as of May 1 196 children age 11 and younger were killed or injured by guns. Firearm safety classes in grade schools aren’t unprecedented. After a series of accidental shootings in 1956 in Indiana, some elementary school children were taught how to handle guns, never to point guns at people, how to check if the gun is loaded and more.

“I do believe instilling gun safety for kids as soon as you possibly can help them further on in life, because even if they don’t like guns, what does someone do if they come across one?” Richard Garcia, a registered NRA member who works for the local gun store Sportsman’s Elite said. “If we don’t have programs like Eddie Eagle, guns still exist. Where are people going to learn about them from? They’re going to learn it from television, movies and video games. Those three venues do not teach gun safety, like people who are involved with firearm safety.”

Gun stores like Sportsman’s Elite teach gun safety to children as young as kindergarten to fourth graders. It’s all supervised gun education and Garcia sees the benefit in informing children about guns at such a young age.

“Although some might not like guns, that’s not going to take them out of the world. Even if guns are banned starting today, the fact of the matter is that they’ll still be here,” Garcia said. “We see the differences between kids that were educated on guns and those that weren’t. Typically, the educated children fair better and are far less likely to injure themselves or someone else.”

Michael Viramontes, Jr., a longtime user of guns, was taught how to use and handle firearms when he was 10-years-old. Viramontes, 26, uses guns for hunting and safety if needed.

“From my dad teaching me at a young age, I have always known the right and wrong ways to handle guns. They are not toys, and people can’t just use them whenever they want,” Viramontes said. “I do think if gun age isn’t going to be moved up, we should definitely teach kids at a young age.”

“When you look back at the Sutherland Springs church shooting in Texas, that guy was a prohibited buyer. But because the system didn’t work, it let him fall through the cracks and that unfortunate event happened,” Garcia said.

“It was the kid’s fault in the Florida shooting. He had a mental issue, he should have been a prohibited buyer, and it should have been taken care of at his level. The FBI admitted they dropped the ball and knew about him before the shooting.”

When someone buys a gun at gun stores they are required to fill out form 4473. The form asks would-be buyers their identity, where they live, along with more personal information such as their history of gun purchases and more. The only problem is that many people lie on their forms, which is a federal offense if caught, according to Garcia.

“People lie a lot on the forms, but they’re never prosecuted for attempting to buy guns illegally,” he said. “They’re trying to stop law-abiding citizens from gaining access to things, where they’re not prosecuting criminals for it. Even if they are prosecuted, a lot are bailed out on probation and let out early.”

Arming more police officers on school campuses could be the answer, according to Garcia. In the most recent school shooting at Great Mills High School in Maryland, the school resource officer who responded to the shooting killed the shooter, Austin Rollins, and stopped further deaths.

In fact, In Michigan, two proposed bills surrounding gun violence are under consideration by legislators.

The first bill would allow teachers to be armed during school, but with 80 hours of gun safety courses under their belts and instruction on how to deal with real-life gun situations if they were to occur.

The second bill would arm school district employees who have their concealed carry weapon permits, according to the Detroit Free Press.

However, not everyone believes teaching gun safety to young children is the answer to escalating gun violence. El Pasoan Reyanne Jimenez, who is concerned about the safety of her siblings and family members in public schools, has come to believe guns should not be available to anyone at any time, no matter the circumstances.

“The government needs to work on not having guns as available as they are,” Jimenez said. “Why would you expose innocent people to weapons? If guns aren’t there in the first place, it’s not going to happen.”