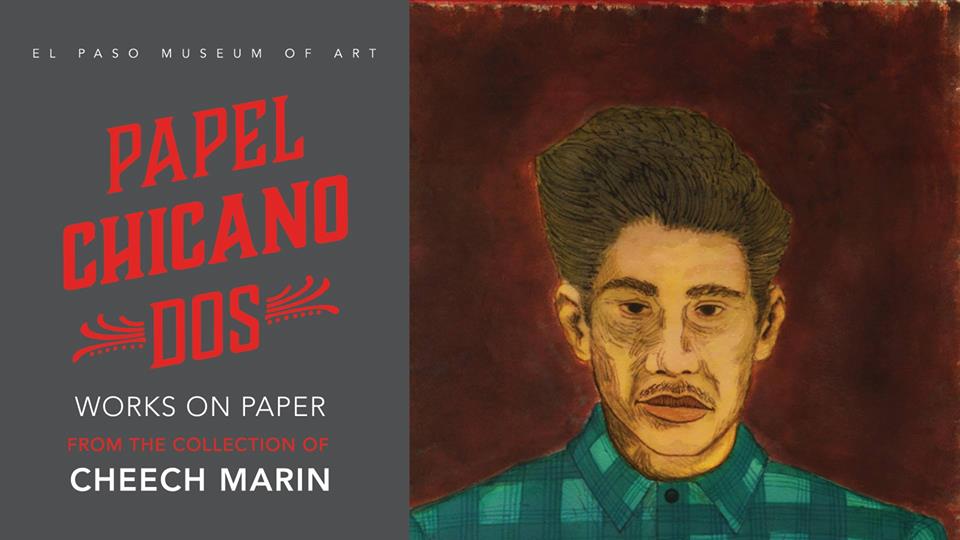 The entertainer Cheech Marin is well-known for his “Cheech and Chong” movies and his upbeat, unapologetic humor that has brought laughter to homes around the world for decades.

Marin is no longer making movies but he is an avid collector or art, some of it by Latino artists.

An exhibit of his collection, Papel Chicano Dos, is now on display at the El Paso Museum of Art through July 17. It features Chicano artists from different border cities such as San Diego and Los Angeles. The show includes 65 different pieces by 24 artists.

“This is actually the first time that this exhibition has been shown in Texas,” said Exhibition Curator Kevin Burns.

“The reason it’s called Papel Chicano Dos is because there have been other exhibitions of his Chicano art collection and this (one) is just a different iteration of it. What’s special about this one is that it focuses on works that have been done on paper,” Burns said.

The art varies from watercolors, to print on paper to mixed media, all work by Mexican American artists, and one El Paso artist, Gaspar Enriquez. All the art is owned by Marin.

Enriquez’s colorful art work invites viewers to think “El Paso” because it captures border culture through “Pachuco” style drawings and graffiti. Pachuco was a Mexican-American pop culture dress style and mode of behavior common on the border and in cities with many Mexican American residents during World War II and afterward.

When he was curating the exhibition, Burns said he made sure the art work felt at home in El Paso and spent much time, “researching the art, getting to know the art, designing a layout in the museum that shows the art and tells a story.”

He added that Chicano art “is typically defined by the symbols that are used, typically the artists borrow or appropriate Meso American symbols, but reinterpret them for a contemporary audience.”

Humberto Rivera, a frequent visitor to the museum, said the current exhibit is his favorite so far. “The music, the colors in the art all give me a sense of Chicano pride,” said Rivera, who attended the show on opening night.