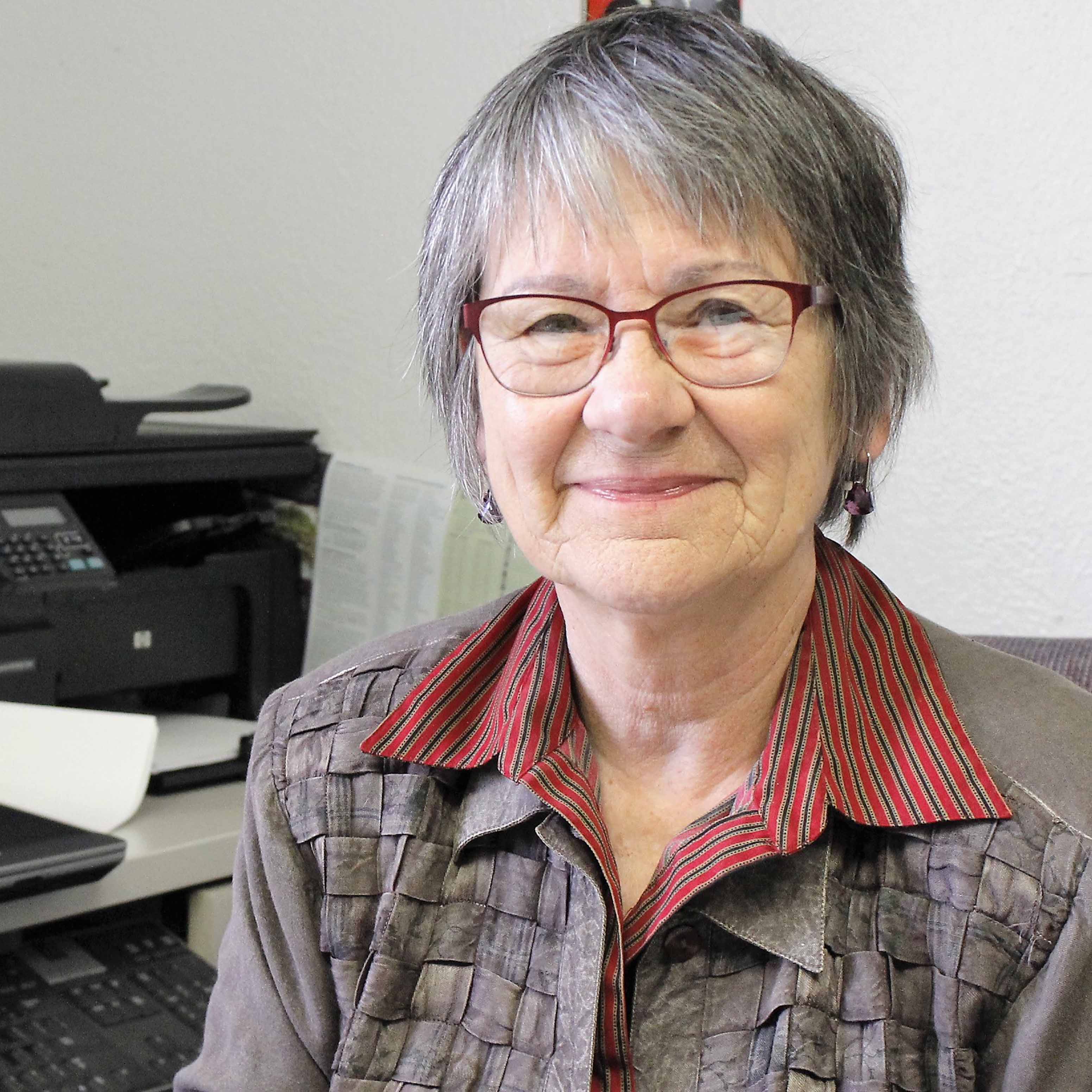 The highly accomplished UTEP Political Science Professor, Dr. Kathleen Staudt, was recently honored at a Women’s History Conference on campus for more than two decades of work and commitment to community engagement, mentorship to students and vast scholarship on border issues.

Staudt is currently working on her 20th academic book about international border politics, and says she has no intention of slowing down any time soon.

She said from her office at Benedict Hall that she was delighted to finally have a chance to make her legacy speech. “It was nice to have a legacy speech before I retired,” she joked.

She added that retirement will not come any time soon: “Of course I think about retirement and I probably will once I reach 70,” said Staudt, who is in her 60’s. “But not while I’m energetic and doing a lot of interesting things.”

This is not the first time Dr. Staudt has been honored for her work. In 2008, she was awarded the UT System Chancellor’s Council Award for Innovations in Teaching. She recalls that teaching was not a priority until her years as a political science undergraduate at the University of Wisconsin. “It wasn’t until my early 20’s that I realized I wanted to teach,” she said.

After graduating with her Ph.D in political science from the University of Wisconsin she landed a tenure track job at UTEP in 1977.

“If you go into academia you will appreciate that most people who have their final degree want to get a job that could become a permanent job,” she said. Since then, she has been the Assistant Dean of the College of Liberal Arts and Chairwoman of the Political Science Department. She also co-founded UTEP’s Gender Studies Program and the Center for Civic Engagement.

After living 39 years in the El Paso-Ciudad Juarez border region, the love that she feels for the border is undeniable. While speaking about her current book project that will contain a chapter about films about the border, she seemed vexed by the most recent Hollywood film about the border called, “Sicario.”

“I didn’t like it,” Staudt said. “I’m troubled by people who are not from the border making films about us that have lingering consequences,” she said.

As she puts the finishing touches on her soon-to-be published book, “Border Politics Into Global Era: Comparative Perspectives,” she already has several other projects in the works. Recently she returned from the Association of Borderland Conference where she proposed a project called “Gendering Border Studies.”

Her colleague, Dr. Irasema Coronado, who met Staudt at that same conference many years ago, considers her an empowered woman as well as a mentor. “Kathy has also guided and mentored people, myself included, and for that I am eternally grateful.”

Coronado also shared a comment from Sergio Garcia a former student of Staudt’s who said: “It’s hard to put in words what Kathy Staudt means to me. I remember the day I talked to her for the first time…I remember that feeling of admiration, aspiring to be like her one day.”

Staudt, who calls herself a feminist, says some people are surprised to find out she has children.

“I’m a feminist and I can be married and I can have children,” she said.

She also considers herself a workaholic. “I enjoy the reading, my work is also my fun.”

Besides her research and teaching, she is also involved in several local non-profit organizations.

Several UTEP colleagues have established an endowment in her honor, and she’s also preparing for the fall semester when she’ll be teaching a non-profit management class.