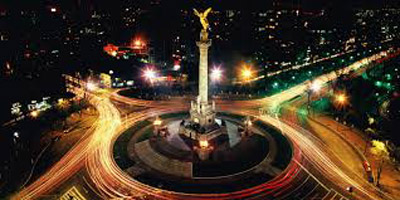 Just because you live on the borderline between El Paso and Juárez, doesn’t mean that you get to know all the Mexican phrases. We are not even close to using them all and many we have never heard before.

If by any chance you plan to travel to México City, let me give you a quick guide to some common phrases that you will be hearing over there.

In English: Know the ball

This is a simple phrase that that can also be heard here on the border to tell someone that they do not know something. However, people in México City use it to indicate somebody did something or knows something and they don’t want to tell anyone about it.

2. Ahí nos vidrios
In English: There we glasses

This phrase isn’t popular on the border. Vidrios means glass in English. People in the México City area use the phrase “ahí nos vidrios” as a way of saying “see you later.”

In English: Give flight to unravel thread

This phrase has two meanings – one refers to non-stop partying and the other is used for when people talk on and on about some topic.

El Paso is considered by many to be the birthplace of the U.S., Mexican youth Pachuco movement of the 1950s, known for their Zoot suits. The style was popularized by Méxican actor Tin Tan. But you don’t hear this phrase in El Chuco. However, in Mexico City it is common to hear “andas bien pachuco” being used to mean someone is a little off.

In English: Take something for the beverages

Mexicans use this to ask someone if they can take out some money to buy the sodas. On the border it is simply “saca dinero” or “vamos a comprar sodas.”

But, in this case, people in Mexico City use it to mean “bring some small change.”

Ariadne Venegas is graduate of the multimedia journalism program at UT El Paso.