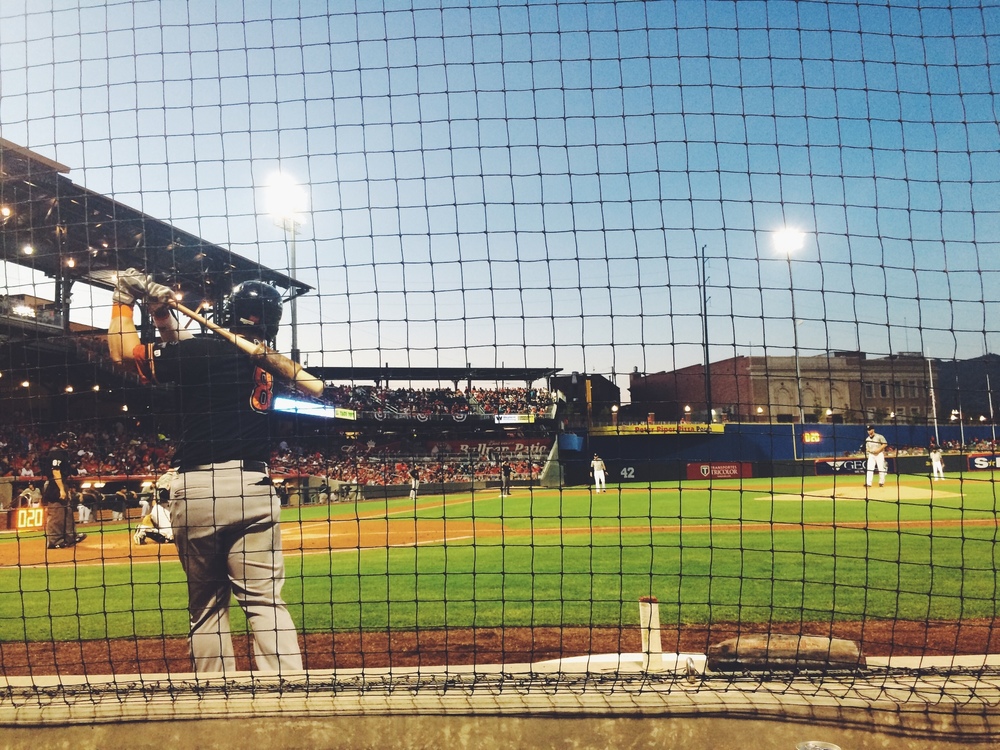 The San Diego Padres are aiming to appeal not just to San Diego crowds, but also to fans in Mexico and border cities. With TV and radio broadcast deals in Tijuana. and playing two games in Mexico earlier this year, the Padres traveled to El Paso and faced their minor league affiliate, the El Paso Chihuahuas, to bring the major league experience to the border.

The Padres were just coming off from playing two games against the Houston Astros in Mexico City before coming to El Paso March 31. The idea ended up being a successful attempt to expand on the relationship Major League Baseball has with Mexico.

Related: There’s more to minor league ball than who wins and loses

“Major League Baseball is thrilled to be back in Mexico City, and we are particularly excited to showcase two of our clubs that play in such close proximity to Mexico,” said Major League Baseball Chief Operating Officer Tony Petite in a January 13th press release. “As we further strengthen the relationship between MLB and Mexico, it is our hope that we can continue to present our game and its bright young stars to the fans of our southern neighbor for years to come.”

Being on the other side of the border is not new for the Padres, who are known for being the MLB’s ambassadors to Mexico. Similar to the Chihuahuas, the Padres are also the hometown team in a border community, with a “twin city” in Tijuana, Mexico.

Following the announcement of the Astros and Padres playing in Mexico, president and CEO of the Padres Mike Dee said that reaching out and creating opportunities for fans on the border is a priority for the team.

“The announcements are a continuation of the Padres’ renewed commitment to fans in Tijuana and throughout northern Baja California,” Dee said in a January 13th press conference.

Reaching out across the border

Similar to what the Padres and Astros did in Mexico, the Chihuahuas have been hosting an annual “Mexican Fiesta”, where two teams from Mexico come to El Paso and play a game in Southwest University Stadium. Last year Los Naranjeros de Hermosillo and Los Águilas de Mexicali were the two teams invited to the Mexican Fiesta.

“The border is just an imaginary line, it doesn’t mean we have to stop doing business at that line,” said El Paso Chihuahuas General Manager Brad Taylor in a recent interview. “We have an opportunity to provide entertainment to a region that encompasses two countries.” Chihuahuas’ ears are one of the biggest selling items for the team store. Photo by Jorge Camargo, Borderzine.com.

The Padres coming to play in El Paso, attracts not only El Pasoans, but also fans from Mexico, some of whom travel 200 miles from Chihuahua City to see the games.

Even though there is no argument that soccer is the most popular sport in Mexico, the northern side of the country also enjoys American sports like baseball and football. The atmosphere and passion of regional baseball league in Chihuahua is something that has become a cultural staple in the state’s lifestyle.

“If you look at how often a major league team comes to Juárez, the answer is not often, if ever,” Taylor said. “The chance for Juarenses to come across and see major league baseball live and in person just doesn’t happen very often.”

The Chihuahuas and Padres played to a sold-out crowd, which is not a novelty for the hometown team since at least 70 percent of their games have been played that way, Taylor said.

“We are the most culturally diverse market in minor league baseball and we really embrace that,” Taylor said. “We have an opportunity to really affect two countries we literally sit on the border and we are fortunate to have that opportunity.”

Even though the Chihuahuas have been relatively successful in their first two seasons, their roster depends entirely on what the Padres decide. But with an off-season blockbuster trade that sent Boston Red Sox top prospect Manuel Margot to the San Diego Organization, the future looks bright for El Paso.

“The Padres are starting to fill the pipeline with future,” Taylor said. “Some of those future Padres players will come through here wearing a Chihuahuas uniform so the people from this area are going to have the chance to see some of the top-level players on their way up to the big leagues.”