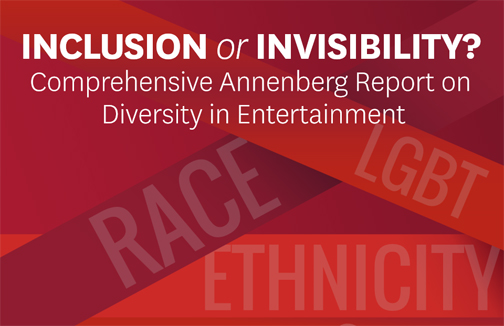 The recent annual 88th Academy Awards ceremony was surrounded by controversy for its lack of African American nominees, but Latinos at least had the pleasure of watching Alejandro G. Iñárritu and Emmanuel Lubezki, Mexican-born filmmakers who worked together on The Revenant, receive major awards.

Although Mad Max: Fury Road stole the show by winning six Oscars, Iñárritu and Lubezki took home Best Director and Best Cinematography, respectively, for their work on The Revenant.

This marked the third year in a row that a Mexican director has won in the directing category, and this was Lubezki’s third Oscar for Best Cinematography in four years.

Iñárritu, who also won Best Director in 2015 for Birdman, is taking Hollywood by storm, as is Lubezki, by having their work recognized widely by the public and awarded top Academy honors.

The success of Iñárritu and Lubezki, and a few other Mexican and Mexican American film artists, has created an atmosphere of hope for Hispanics trying to make it big in Hollywood and is inspiring young Latino talent to continue on the path of filmmaking.

“Almost every day I think that this career is impossible; that’ I’m on the wrong side of the river, said Erick Muñoz, a Mexican-born filmmaker, blogger and UT Austin graduate.

“But those directors fought and worked and they are getting recognized because of that,” Muñoz said. “Maybe I don’t have a brilliant mind like them, but I have half of their guts with a desire to succeed.”

Muñoz, who was born in Mexico City and aspires to become a film director, graduated in 2013 with a degree in Radio, Television and Film. After completing his studies he returned to the Mexican capital and created his own YouTube channel where he discusses pop culture and film.

Although Muñoz may have an edge over other Mexican-born filmmakers because of his U.S. university degree, other aspiring young Mexican filmmakers like Brian Marmolejo, who studies film at Universidad de la Comunicación in Mexico City, also are hopeful about furthering their careers in filmmaking.

“I’d lie if I say that I didn’t want to be at the highest peak of the industry, but first I’d like to make it in my country with good quality movies,” said 24-year-old Marmolejo.

As a film student living in Mexico City, Marmolejo said he understands the struggles of young Mexican and U.S. Latino filmmakers to succeed in the film industry, especially in Mexico where the government does not provide support to film artists compared to the U.S. where some colleges and universities sometimes provide financial support and scholarships to future filmmakers.

And although Lubezki and Iñárritu are opening doors for Mexicans in Hollywood, there’s still a lot of work to do.

The recent Comprehensive Annenberg Report in Entertainment shows that only 5.8 percent of Hollywood actors are considered Latino, in a demographically diverse country that is 16.3 percent Hispanic. “The problem with someone like Iñárritu, who’s been awarded for The Revenant, is this. Is it a Latino movie? Is it about Mexicans?” Carrizal-Dukes said. “How is that helping Latinos here in the United States? It’s not. They’re not Americans and Hollywood is an American filmmaking system.”

Carrizal-Dukes said her filmmaking focuses on Chicano themes and the “border struggle,” because she believes that both capture the issue of identity that marks the struggle of Latinos in the United States.

“The significant success of Lubezki and Iñárritu is not detrimental, but it’s not helping us either,” Carrizal-Dukes said from her office at EPCC’s Valle Verde campus. “We have Latinos here in the United States dealing with their issues that aren’t being solved, and Lubezki or Iñárritu aren’t opening doors for them,” she said.

At the same time, Carrizal-Dukes acknowledges that both men are breaking barriers for other Hispanics in Hollywood.

“Whenever Iñárritu, Guillermo del Toro or Alfonso Cuarón give a speech they say that it’s for their people and la raza and that’s a voice that we need to hear,” she said. “They’re bringing awareness and are not afraid to show where they come from. We need more people like that, with pride of who they are.”

Although some U.S. born Latinos may think that Iñárritu and Lubezki do not represent them, in the end they are among a handful of Hispanic filmmakers who have publicly succeeded in Hollywood. Until more Latino film actors, directors, technicians make it to the Academy Awards stage, for the time being a handful like Lubezki and Iñárritu are carrying the torch for all Hispanics.