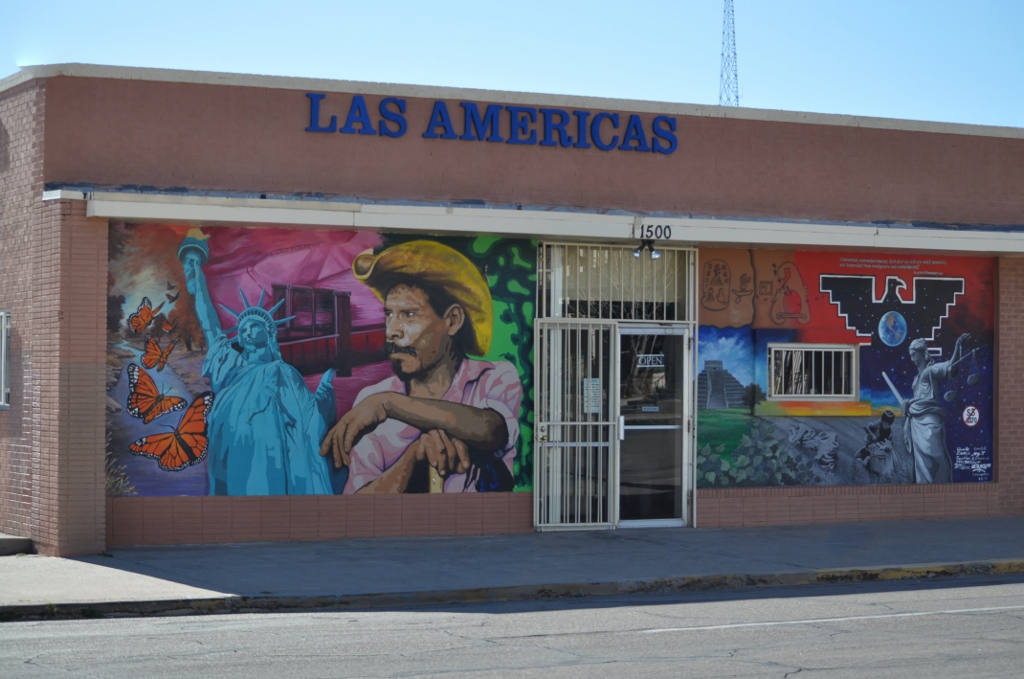 As Juarez, Mexico prepares for a visit from Pope Francis on Feb 17th, advocates for immigrants in nearby El Paso see this as an opportunity to promote the message that migrants need to be treated with love and compassion instead of having doors shut in their faces.

Noting that the pope is coming to Juarez to highlight the plight of immigrants, Melissa Lopez, the Executive Director of the Diocesan Migrant & Refugee Services expects that this will open a dialogue about migration on the border.

“I hope his visit highlights that people have rational issues for migrating to the U.S, it’s not a decision that’s made lightly or easily,” she said. “I hope he brings a voice for the most compassionate. And at the end of the day, God calls us to love people regardless of their immigration status.”

Another El Paso group, Las Americas Advocacy Immigrant Advocacy Center, has been helping asylum seekers who have traveled from as far as Cameroon and Central America by providing them legal representation.

“We need to understand that this country was founded by immigrants, Most of our ancestors came from Ireland, England, France and much more European countries,” she said. “Even if we talk about religion, we have to remember that Jesus himself was an immigrant too.”

Her role as the detention center intake specialist is to primarily work with asylum cases, whether it is by providing legal support or just friendly visits.

“Most of the people under asylum cases didn’t expect to be put in prison while they were looking for shelter in the United States,” she said.

As the first Latin American pope and the son of Italian immigrants, Pope Francis has a personal understanding of immigration. In his most recent visit to the United States, he addressed the crowd in Philadelphia in Spanish with the following speech:

“Many of you have immigrated to this country at great personal cost, but in the hope of building a new life. Do not be discouraged by whatever challenges and hardships you face… Please do not be ashamed of your traditions. Do not forget the lessons you learned from your elders, which are something you can bring to enrich the life of this American land. I repeat, do not be ashamed of what is part of you, your lifeblood. You are called to be responsible citizens and to contribute, like others who with so much strength did before you . . . fruitfully to the life of the communities in which you live.”

To many El Pasoans the pope’s visit to Juarez is seen as a binational affair. But to immigration advocates, it highlights the limitations of a closed border.

“The fact that he is not coming to El Paso really makes the point that our immigration system here in the United States is very broken. Because if it were that easy, he would cross,“ Lopez said.

The Pope is expected to visit a jail and a school in Juarez and to end his day celebrating Mass with 220,000 in attendance.

“I hope that his visit opens a true dialogue about immigration and the need of a comprehensive reform,” Lopez said. “This is a good opportunity for us to take a different approach to our immigration policies and I hope we can come up with a good compromise regarding immigration on the border.”