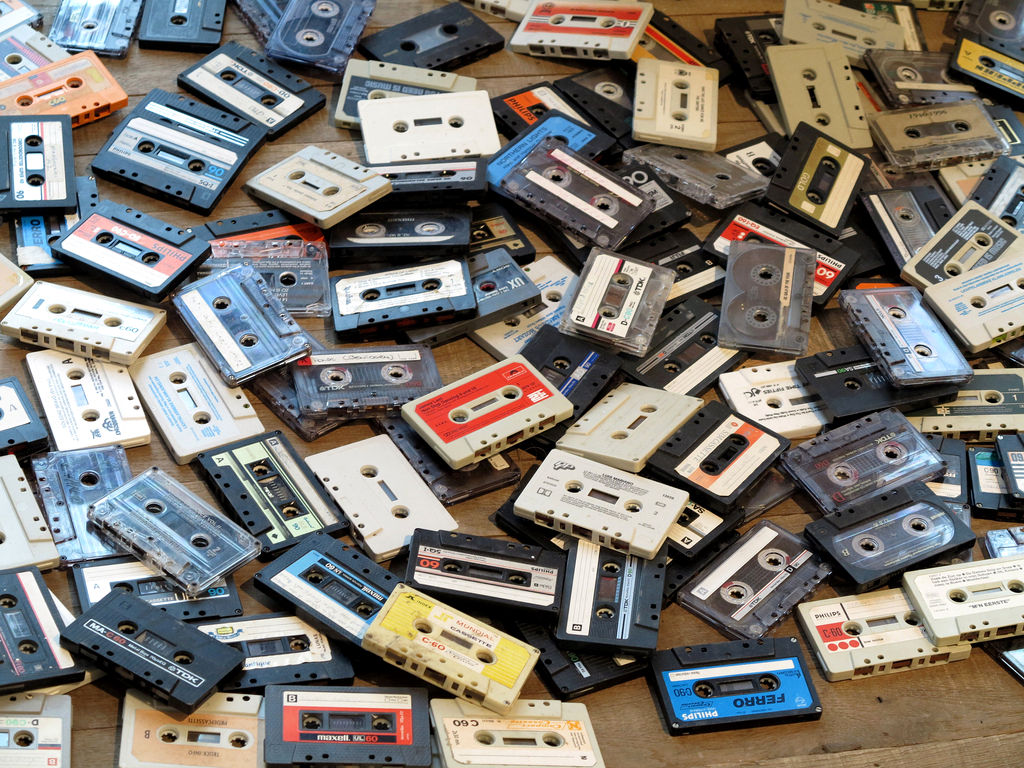 Cassette tapes were the hype back in the 80's for creating mix tapes of favorite music. Photo credit: Robert Smith

ROCKLEDGE, FL. (1980) — Waiting for my favorite song to play on the radio seemed to take up all my time when I was 10. The cassette player of my hi-fi stereo endured countless hours of wear and tear from keeping the tape paused until the song I wanted to record finally came on.

I was just learning about technology, but at that time, I was blown away by the ability to spend my allowance on blank cassette tapes at TG&Y to make mix tapes. I was impressed by the quality of every recording. It was a lot better than the vinyl records I was used to.

Everywhere I went, I would carry my portable cassette player and headphones. Being able to take my music with me without bothering other people became the foundation of my lifelong passion for music.

As time went on, my cassette collection grew and sound quality got better. When the compact disc (CD) was introduced in the mid-eighties, I remember feeling a little mad because they reminded me of vinyl. The majority of the time, I did not like every single song on an album. Cassettes gave me the option to have all the songs I liked in one place. The ability to record your own CD’s became possible through the use of personal computer technology. Photo credit: Robert Smith

It took a while before I realized that cassette tapes were becoming obsolete — at least as far as sound quality and durability is concerned. Compact disc sound quality really blew cassettes away and I never had to worry about my music getting eaten by the cassette player. I got hooked on CD technology and it wasn’t long before I had a portable CD player that I could listen to using my headphones.

I had to sacrifice the ability to create mixtapes to have the much-improved audio quality of CDs. I didn’t seem to notice that I had basically gone back in time to the days when I listened to vinyl. I had to buy the entire CD even if I only liked one song.

I have witnessed, first hand, how much music technology has changed over the last three decades and I can attest to the improvements made in sound. From the scratchy sound of vinyl to the improved, but still lagging sound from cassettes, to the superior sound of the compact disc.

Those are just memories now. In today’s digital age I no longer have to wait for my favorite song to come on the radio, I no longer have to buy cassette tapes. All I have to do is turn on my computer or pick up my cell phone, where any song is at my beck and call. Eventually in the mid-nineties, technology had advanced again. The ability to copy all my songs to my computer from my CDs then burn them all to another recordable CD brought back memories of the good old days. I could now create mix CDs. Technology only got better in the following years.

The emergence of computer software such as iTunes by Apple Inc. gave me the ability to catlogue all my music and also gave me an easy way to purchase the music I liked without having to buy the entire album.

This catalog music made it easy for me to click and drag the songs I wanted to put on a disc. I can arrange all of my music into playlists and listen to them whenever and however I want. The modern day mixtape is composed of digital music that I either downloaded from the internet or have ripped to my computer from compact disk. These days, the Compact Disc has faded. The invention of portable music players like the iPod and advanced smartphones has made it possible for me to connect my device to my computer and copy entire playlists for my listening pleasure. Not only can I have my favorite songs in one place, I can organize them into playlists. The best thing about today’s technology is that I can have every single song I like on my portable device and never have to worry about the clutter of cassette tapes.

I never thought the ability to listen to my favorite music would be as easy as it is today, but I miss the way I did things back in the day.