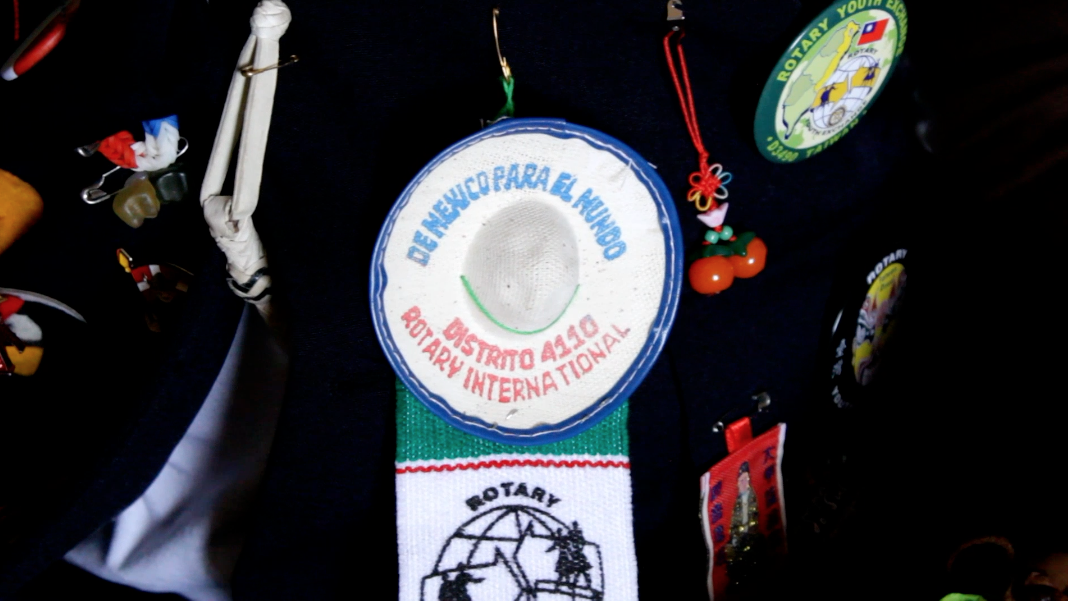 CIUDAD JUAREZ – As this Mexican border city emerges from the five-year drug war that made it famous as the most violent city in the world, four high school students from Europe and South-America have called it home for a full year.

Daniel Fantyš, Arthur Felipe Acker-Gregory, Victor Rodriguez and Juan Martinez have become adopted Juarenses. They have experienced life in this city, which has embraced them, and it has become their new Mexican home.

“After two or three days, I saw it was really not that bad. But I thought I had gone back 20 years in time because of the way the buildings and streets look,” said Daniel Fantyš.

The student exchange is part of the Rotary Youth Exchange program, a cultural and academic program that sends young people around the world to experience life in other countries. While it is intended for students to learn from other cultures, the learning experience goes both ways. The foster families that host these students get to experience another culture as well.

Fantyš comes from České Budějovice in the Czech Republic, one of the biggest cities in the Southern part of that country. As soon as he found out he was coming to Ciudad Juarez he went straight to Google and found out what is worldwide known but what is far from the reality the city lives now. He found out the city was violent, you could not go out without being in danger and that the army ran free in the streets. But for him the biggest difference was the weather.

“The heat. I will always remember this heat. It is way hotter than my country.”

Acker-Gregory comes from Lajeado, Rio Grande do Sol, in Brazil and he admits that his first reaction when he learned he was coming to Juarez was fear.

“I was really hesitant, back in Brazil. I heard of the violence in Mexico in the news, especially in Juarez. I went online and looked for more information because my parents were really scared of me coming here, to the point that they didn’t want me to come at all,” he said.

But Acker-Gregory said he found out that violence had been decreasing in the last couple of years, and while still a bit hesitant, “..my parents agreed and allowed me to come. I was scared because I didn’t know what to expect in this city, but at the same time I was excited because I wanted to learn more about Mexican culture.”

Rodriguez comes from France, from a small city close to Bordeaux, two hours away from Spain. He was very excited when he found out we was coming to Mexico, because he said he really wanted to come to this country.

“At first the image I had from Mexico was everything like burros, sombreros, tacos and a place that was very old. When I learned that the city was Juarez I immediately thought of violence and the disappearing women. I was afraid of the place they were sending me,” he said.

However the city that greeted him was different from the place he had pictured in his mind. “When I took the plane and came to Juarez I saw it was different, it reminded me of the United States, it is kind of an American city. Of course there’s chile and tacos but not as I imagined. And yes there is definitely still violence in the city but not to the degree I had first feared,” Rodriguez said.

For Martinez, who is from Macas, Ecuador, his first thought of the city before arriving here also was trepidation. However his experience here has helped him to see through the initial negative image.

Martinez said that while he enjoys the city very much there is a lot of work to do in terms of infrastructure. He says that the people of Juarez deserve a better looking city.

“My city is really green and Juarez is a big desert. In my city everybody walks and here everyone drives. There aren’t many places where to walk or use a bicycle. I went to downtown Juarez and I didn’t like it. They should fix it and do something creative with it.”

However while he thought there was room for improvement in terms of how the city looks, the friendly Juarenses made the city shine bright for him. All the students agreed that a big part of what has made their transition easier in the city is the warmth and friendliness they found here.

The family of Francisco Gil Arzate was in charge of introducing three of these students to the experience of living in Ciudad Juarez.

“I have learned from their culture and how to get along with them. I’m surprised of how mature they are and how quickly they learn to speak Spanish, in addition they help me to not miss my son that much,” said Ana Maria Gil Arzate referring also to her own son Ricardo who is now studying in Brazil in the same exchange program.

Francisco said that the biggest lesson they learned from the experience was getting to know other cultures without having to travel.

“I believe that the most important thing is that I learned to know Czech republic, then Brazil and I hope to learn from Ecuador, without ever being there. Just by hearing their experiences, I can live through them.”

Emmanuel, the older son of the family, said that it impacted them greatly to know that they would be the image of a country and a city for three foreign students. “It is difficult to give a good image because there is pessimism within our community. We want them to see the beauty that can be found anywhere.”