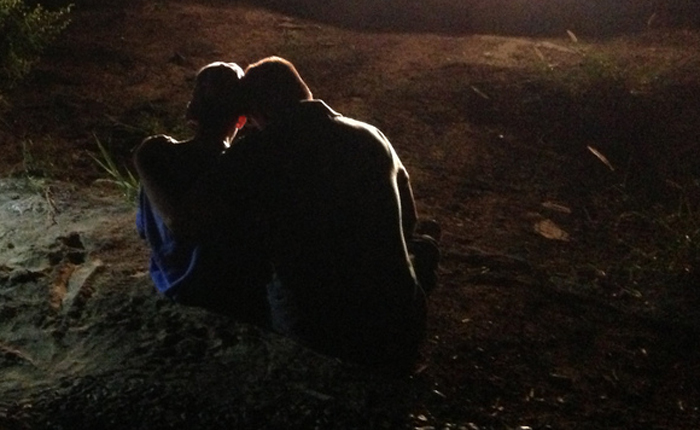 People say immigrants need to come to the U.S. legally, but I don’t think they know what that means. For Jorge and Lourdes Reyes becoming legal residents was not like a Hollywood movie with the American dream picture-perfect scenario.

Historically, people traveling through Mexico into the U.S. could just walk over national boundaries without being asked to present any type of documentation. It was that way for much of North America’s history until relatively recently. Today we find people who are culturally, economically and ideologically tied together being separated by a border fence no higher than 21 feet tall.

For my parents, Jorge and Lourdes Reyes, who have family on both sides of the border, the journey to become legal residents was by no means a walk in the park. It began back in July 1993 when they decided to come to El Paso in order for me and my brother to grow up to have better opportunities than what they grew up with.

The struggle was real when it came to trying to get a job, a Texas ID, and medical insurance, just to mention a few things. Not only that, but we also struggled when it came to finding a place we could live. We were a nomadic family for a couple of years before my parents were able to find land in far East El Paso, where we are currently living. We struggled at first with no electricity, no restroom, no water and no septic tank. We lived in a small trailer that consisted of two small bedrooms, a small kitchen, living room and restroom. It wasn’t until the summer of 2009 that my dad finished what is now our house and our quality of day-to-day life improved.

Because my parents didn’t have documentation they weren’t able to travel to Mexico to visit family members for more than 17 years because they would not be able to come back to El Paso. At the same time, many of our family members who lived in Mexico couldn’t come visit us in El Paso because they didn’t have documentation for travel visas. If we were lucky, once in a while we were able to communicate with them through phone calls that lasted no longer than 30 minutes, otherwise the bill would would be through the roof.

Even though my brother and I are both U.S. citizens, my parents wouldn’t let us go on our own to visit family in Mexico because of fear that something bad would happen to us. We had to wait until my brother turned 21 in order to be able to put in paperwork for my parents to pursue documentation. It wasn’t until about 17 years later that my parents were able to obtain residency status through my older brother and be able to travel to Mexico with us.

The old bureaucratic system clearly isn’t working when it comes to families with ties on both sides of the border. The American Dream is no longer available to the “huddled masses,” but only people with money. Which is the main reason why there are many people with no documentation whatsoever. Instead of offering a realistic path for families to be together legally they turn them away and give them the hardest time possible.

Columnist George Will once said, “…to immigrate is to make an entrepreneurial act. It’s to uproot yourself and perhaps your family and take a risk.” It’s all about taking a risk and hoping that things will turn out great.

Damaris Reyes is a Multimedia Journalism student at UT El Paso with a minor in Criminal Justice.