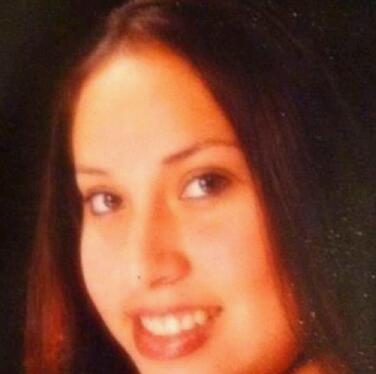 “I’m not stupid, it wont happen to me,” she told her mother, Maria Sanchez. But it did happen, Maria Sanchez said. Gurrola was jealous and possessive causing him to begin verbally abusing Monica Sanchez and threatening to hurt both of them if Monica hurt their relationship. Her mother would try to talk with her when she came home with bruises.

“She was constantly downplaying the reasoning for the bruises and would blame it on them messing around with one another. I felt she was truly scared of getting out of the relationship yet at the same time believed he would change for her.” Maria Sanchez said.

Six years later Monica Sanchez was beaten to death by Gurrola, who is now in prison in Arizona.

Often, teens are unaware of what can be classified as teen dating abuse. Abuse can begin both electronically or face-to face. Stalking is commonly overlooked, as a form of abuse yet is often the first step in relationship abuse. Stalking can begin by someone being infatuated with a partner and causing them to become possessive. This can then lead to several forms of dating abuse such as physical, sexual, psychological, and emotional violence.

According to the Centers for Disease Control (CDC), factors that increase risk for harming a dating partner include:

Maria Sanchez said she saw the warning signs in Gurrola’s behavior and tried to convince her daughter to find someone else.

“He was very possessive, egotistical, and isolated her from friends and family.” she said.

One CDC survey found that nearly nine percent of high school students reported being hit, slapped, or physically injured on purpose by their partner in the 12 months prior to the survey.

Issac Duran, youth director at the Center Against Family Violence, said the organization has established partnerships with nine school districts in the El Paso area to provide classroom presentations to students to prevent dating abuse. The presentations inform teens on how to become aware of abuse and the steps to take after realizing they may be a victim.

“Students never realize they are in an abusive relationship until we provide them with the facts from our prevention presentations,” Duran said. “These programs have become very beneficial in bringing down the percentage of teen date abuse.”

According to a study done by Loveisrespect.org, a project of the National Domestic Violence Hotline, two-thirds of teens in relationships identified their mothers and friends as people with whom they discuss their experiences. Far more teens identified friends (78%) as someone they talk to about relationships followed by their mother.(44%).

Monica Sanchez never spoke up about her dating abuse issues and in June of 2005 decided pack up her life in El Paso to follow Gurrola who was living in Mesa, Arizona. Gurrola begged her to move in so they could raise their one-year-old daughter together and he would do his best at controlling his jealousy issues. Monica would tell her mother she loved him and wanted to make it work.

Three months after moving in with her boyfriend, Monica was beaten so severly that she died from a brain injury. Monica was 7 weeks pregnant at the time.

Gurrola was sentenced to 21 years in an Arizona prision for the murder of Monica and their unborn child.

Today Maria Sanchez has custody of Monica’s 10-year-old daughter Janelle Marie Sanchez. Janelle doesn’t remember either of her parents. Maria Sanchez has told her granddaughter what happened to her mother and allows her to visit her father’s family.

Maria Sanchez said raising her granddaughter is identical to raising Monica, because both have loving and caring personalities.

“My daughter was one of the unfortunate ones who believed she could change a man who came from a family history of partner abuse. Telling her story doesn’t always make people realize that it can happen to them. Sadly, they wait to find out for themselves,” she said.