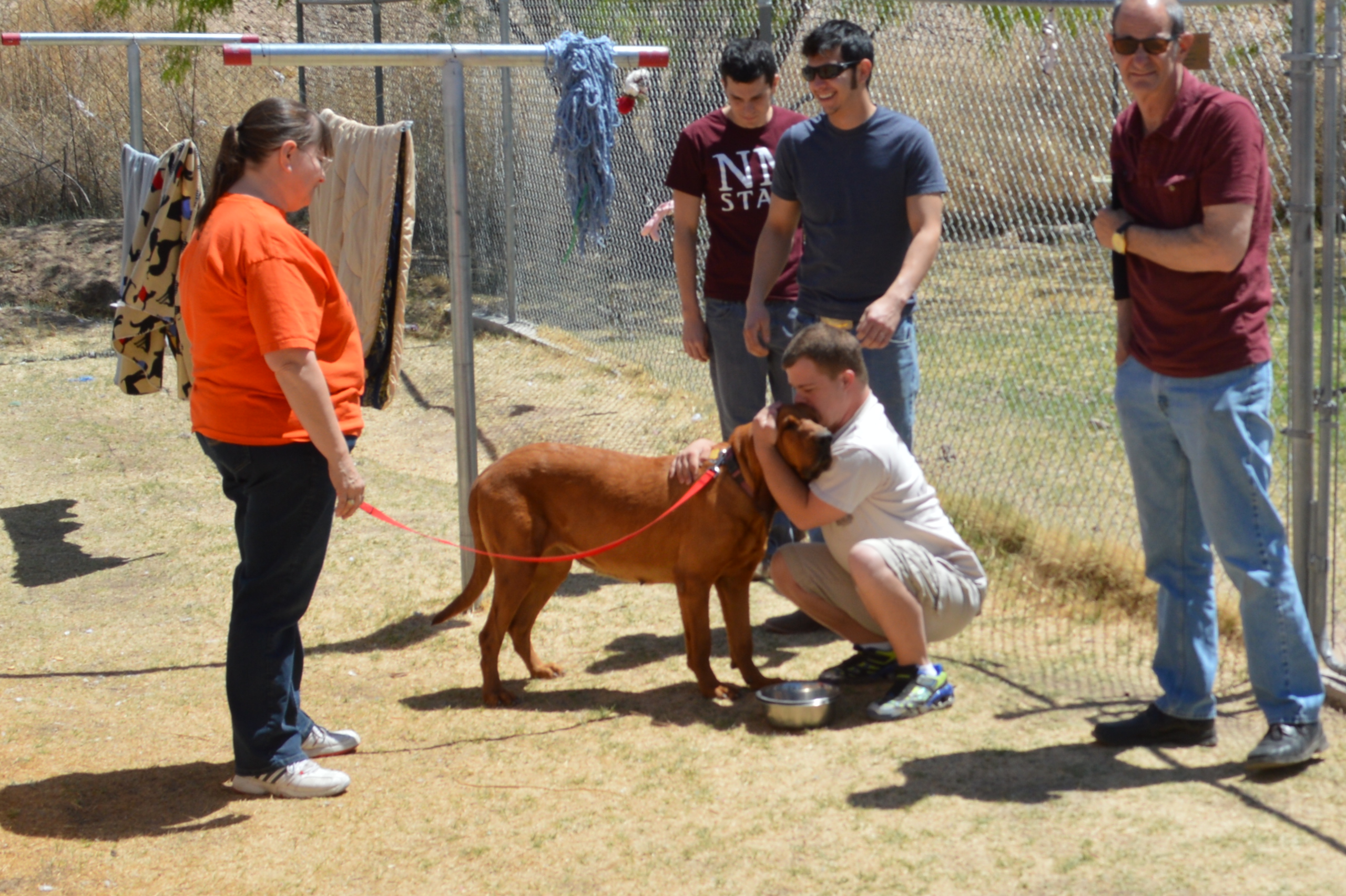 EL PASO — Three years ago, El Paso’s Animal Rescue League was confronted by the crisis of animal overpopulation. The “no-kill” shelter experienced the impact of an economic downturn that left many of its four-legged residents in need of a “forever home.”

But animal overpopulation and economic instability are two constants that contribute to the shelter’s steady stream of stray and abandoned pets. However, the irresponsibility of pet owners can be prevented by educating the public on animal adoption. Currently, the two acre shelter, located at 7256 La Junta in Canutillo, continues to provide space, food, spay and neuter services, rehabilitation, and medical care for stray or rescued dogs and cats that are deemed adoptable.

“The public really determines what we put up for adoption,” said Loretta Hyde who founded the shelter in 1995. “Everybody wants a purebred.”

Yet, a quick inventory of the kennels revealed a purebred Boxer named Xavier. The fortunate canine was a stray initially brought to El Paso’s dog pound death row, but was recently rescued by Hyde. She believes that some animals are unfairly euthanized.

“The only reason a dog should be euthanized is because it’s medically not sound–it’s behaviorally not sound,” Hyde explained.

Yet, the circumstances’ surrounding many of the arrivals not only suggests a frequent lack of understanding concerning pet ownership, but also a harsh reality that some animals are simply not valued as contributors to society.

“A lot of people come in and they’re happy,” Hyde said but adds that they often do not take into consideration life changing events such as divorce or the death of a spouse. A pet can easily become a burden both emotionally and financially. In either situation, it is the pet that suffers most with its fate often being determined by Animal Control.

“It ends up a statistic and ultimately in the landfill,” Hyde said.

She believes that soldiers adopting pets can also be problematic. The active duty nature of the U.S. military relies on the readiness of its enlisted to be able to deploy at a moment’s notice.

“I’m going to Afghanistan—well they’re not gonna let me take my dog,” Hyde said referring to her experiences with military personnel. However, she does not believe that they do not care for the pets they adopt.

Showing the value of animals

Jack is rescue that was born without eyes and he is also deaf.

Jack is another rescue that enjoys the services of the Animal Rescue League. He arrived at the shelter with his mother and three other puppies in his litter, after they were found in an abandoned house. According to Hyde, the man who made the discovery claimed he would shoot them if they were not taken in by the shelter.

Luckily, Jack’s life was spared from the hands of someone who found him easily expendable. He is now in the hands of those who have trained him to respond to commands exclusively through touch. His story is unique because Jack was born without eyes and he is deaf.

“He doesn’t know there’s anything different about him,” Hyde said.

Jack is representative of the challenges the Animal Rescue League faces on a daily basis. He is also part of the solution, as a dog that is able to bring happiness to a loving family.

Hyde believes the lives of animals are valuable and that they are capable of giving much more than what people are aware of. She also wants potential pet owners to consider not only the responsibilities that come with adopting an animal, but the unfortunate consequences that result from poor planning. “La Quinta Xenecu” translates to The Inn of the Weary for El Paso’s stray and abandoned animals.