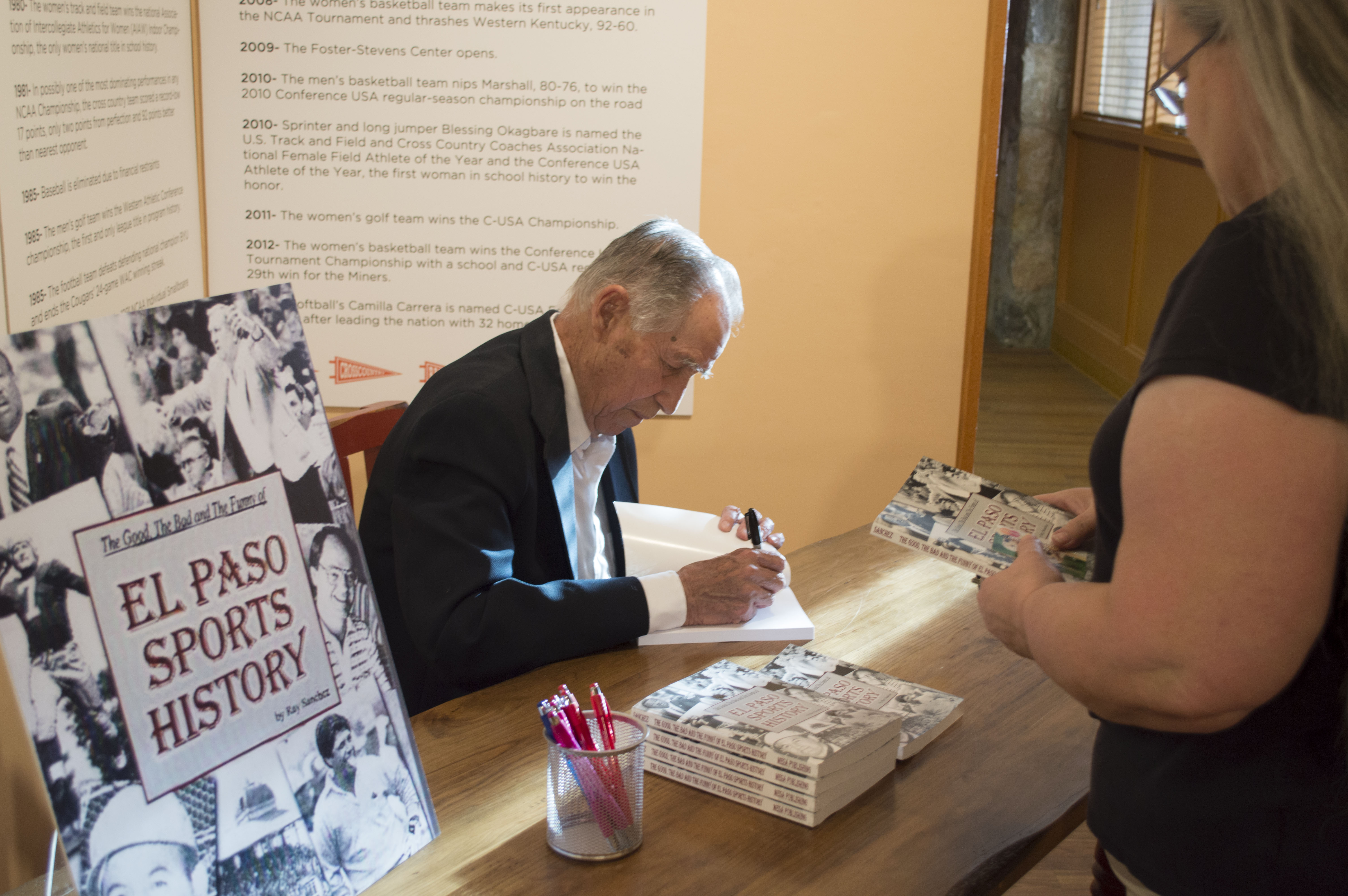 EL PASO — Ray Sanchez, considered the first Hispanic sports writer in El Paso, has a long view of local sports history and he remembers the stories that made him laugh and cry in his latest book.

“I had a lot of happy parts in my book that I enjoyed. There were so many games, so many great ones,” said Sanchez about his latest book The Good, The Bad, And the Funny of El Paso Sports History, “But I guess the biggest thrill I got, and it was so emotional that I almost cried when I would write it, was when the Miners won this 1966 championship.”

He has written seven books, all of them about sports. He was a sports writer for the El Paso Herald-Post from 1950 to 1990. He was a columnist for the El Paso Times, and currently writes for El Paso, Inc. He has won numerous awards for his coverage.

Sanchez served as a consultant on the movie Glory Road, which told the story of the 1966 NCAA basketball champs from Texas Western College, as the University of Texas at El Paso (UTEP) was named back then. “It took almost 20 years for the movie to come, about the Miners’ championship,” he said, “I didn’t have much influence on it because they had their minds made up, but I did get my two cents in.”

His main job on the set was to tell Josh Lucas, the actor who played coach Don Haskins, about Haskins. “There was no way that Josh Lucas could play Don Haskins. I don’t think anybody could. So after spending all this time with Lucas trying to help him, the director threw his hands up and finally said, just be yourself. And that was wise,” he said, “because it was a movie and not a documentary.”

Sanchez came to the UTEP Centennial Museum recently to talk about his new book. “Ray Sanchez is an El Paso institution, because he has been covering El Paso sports and national sports for decades. He started in the 1950s,” Said Maribel Villalba, Director of the UTEP Centennial Museum, “He is considered an expert on El Paso sports and UTEP sports, and we’re just thrilled that he agreed to do it.”

As El Paso’s first Hispanic sports writer, he said he had to put up with his share of abuse when he started working for the El Paso Herald-Post. “I got some nasty letters, and I got some nasty calls, but I really, really found out that for every racist out there, there were 10 who weren’t,” said Sanchez.