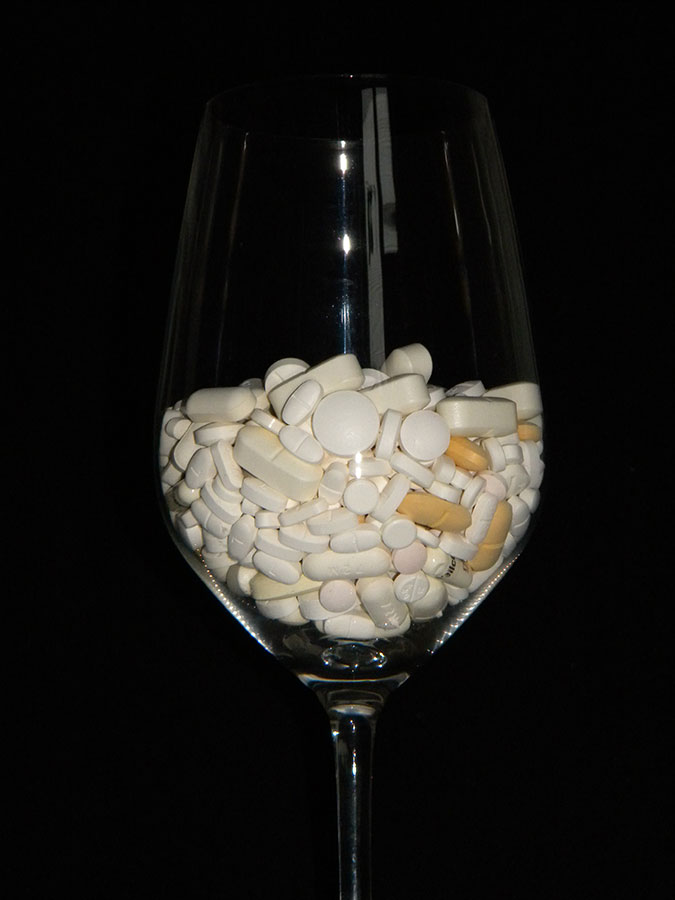 EL PASO – During the Labor Day weekend Sun City Music Festival earlier this year, a 17-year-old girl from Houston was taken to a local hospital after an adverse reaction to the synthetic street drug Molly, short for molecule.

Fortunately, she survived her encounter with the dangerous designer drug unlike other users across the U.S. over the past decade. On the same Labor Day weekend in New York City two revelers at the Electric Zoo electronic dance festival suffered fatal overdoses caused by Molly. These incidents may have been related to a rash of overdoses in the northeast United States blamed on a bad batch of the designer drug, according to the Drug Enforcement Agency.

Molly also known by the street name Mandy, is the powdered form or crystallized form of methylenedioxy methamphetamine or MDMA. The same chemical used in the street pill ecstasy, X, or locally known as beans.

An anonymous member of El Paso’s drug using subculture and MDMA user said he was “introduced to it at a party, one of my friends hooked me up with a little pill.”

A monthly user of the drug, the 26-year-old said he “knew what it was, but had never tried it so I thought what the hell and chugged it down with some of my forty (a 40 ounce Malt liquor drink.)  The rest of the night was cool; it was just like everything was so awesome.” He added he is not concerned about health risks from the drug.

A one time user who wishes to be identified as “Divine” said she was partying at a since-closed local nightclub downtown called Old Planation when a friend gave her a Molly gel cap. “I took it not really knowing what to expect and all the sudden everything just became so intense,” said Divine, who is transgender. “I didn’t really like the feeling it was too much to take in.”

A local drug dealer who wishes to remain anonymous explained the street economics of dealing in the popular illegal drug, which may not have any medical use. “Molly is 20 bucks for a .5 gram and hell yeah it’s profitable, especially around rich white youth.”  He says he sells around $600 worth of gel caps a week.

Since there is no government agency oversight or quality control for synthetic designer drugs, each dose becomes a gamble users willingly take. Dr. Shizue Mito, an organic chemist and assistant professor at UTEP, warned of the dangers of practicing chemistry in an unregulated lab. “The purity of the chemicals is often low and includes impurities; even in the lab it’s hard to purify compounds. Under improper conditions they lack the ability to control the quality”.

According to the National Institute on Drug Abuse (NIDA), Molly has been a popular drug within the rave and club subcultures in all parts of the country. Its euphoria inducing effect is so popular its use has begun to spread outside of that scene into the rap subculture and even into the two songs by the pop star Miley Cyrus. It is classified by the DEA as a Schedule 1 type drug, which means it is prohibited almost worldwide.

The drug is taken orally, usually as a capsule or tablet, and when more than one pill is consumed the practice is called “bumping,” according to drug use experts. It can also be snorted or swallowed. Users also claim that it may also be used in suppository fashion because it produces even greater effects.

The NIDA website says that MDMA “produces feelings of increased energy, euphoria, emotional warmth and empathy toward others, and distortions in sensory and time perception.” Its effects last for three to six hours. Once the pill is swallowed, it takes only about 15 minutes to enter the bloodstream and reach the brain. About 45 minutes later, the person experiences MDMA’s “high” when the drug is at its peak level.

According to the Drug Policy Alliance an average dose of the drug is about 100 to 125 mg.

According to NIDA, however, the drug isn’t without its negative side effects. Users “may become anxious and agitated. Sweating or chills may occur, and people may feel faint or dizzy.” Other side effects listed by the NIDA include, “muscle tension, nausea, blurred vision, and increased heart rate and blood pressure.” Forceful clenching of the teeth can occur, hence the raver subcultures fascination with pacifiers past the intended age.

Finally, in high doses Molly can interfere with the body’s ability to regulate temperature, which can lead to death by hyperthermia, overheating, or death by consumption of too much water in some cases. The drug also has prolonged side effects  “including feelings of sadness, anxiety, depression, and memory difficulties that can last for several days to a week,” according to the NIDA. Users of the drug call this state “suicide Tuesday.”

MDMA also acts by increasing the activity of three neurotransmitters, serotonin, dopamine, and norepinephrine, According to drug experts, it essentially releases the floodgates on all the happy brain chemicals, depleting them in the process.

Experts say no one knows yet the extent of damage from long-term use by humans.

“A study of animals showed that exposure to high doses of MDMA for four days produced brain damage that could still be seen six to seven years later,” according to the NIDA.

Fortunately for the test animals the damaged nerve fibers grew back, but the NIDA website says: “It’s like cutting off a branch of a fruit tree: The tree is still alive and can sprout a new limb near the site of the cut, but it may not bear as much fruit as the old one.”

The NIDA is not certain if MDMA is addictive but notes that “some users report symptoms of dependence, including continued use despite knowledge of physical or psychological harm, tolerance (or diminished response), and withdrawal effects. The neurotransmitter systems targeted by MDMA are the same as those targeted by other addictive drugs.”

In both, its Molly and ecstasy forms, the drug can be adulterated and mixed with different chemicals such as ephedrine (a stimulant), dextromethorphan (a cough suppressant), ketamine, caffeine, cocaine, methamphetamine, or even, most recently, synthetic cathinones (the psychoactive ingredients in bath salts), the agency said.

Due to the nature of the drug trade, users know little about the chemist or the conditions the drug was made in. One dose could lead to temporary euphoric delight, while another leads to detrimental damage.