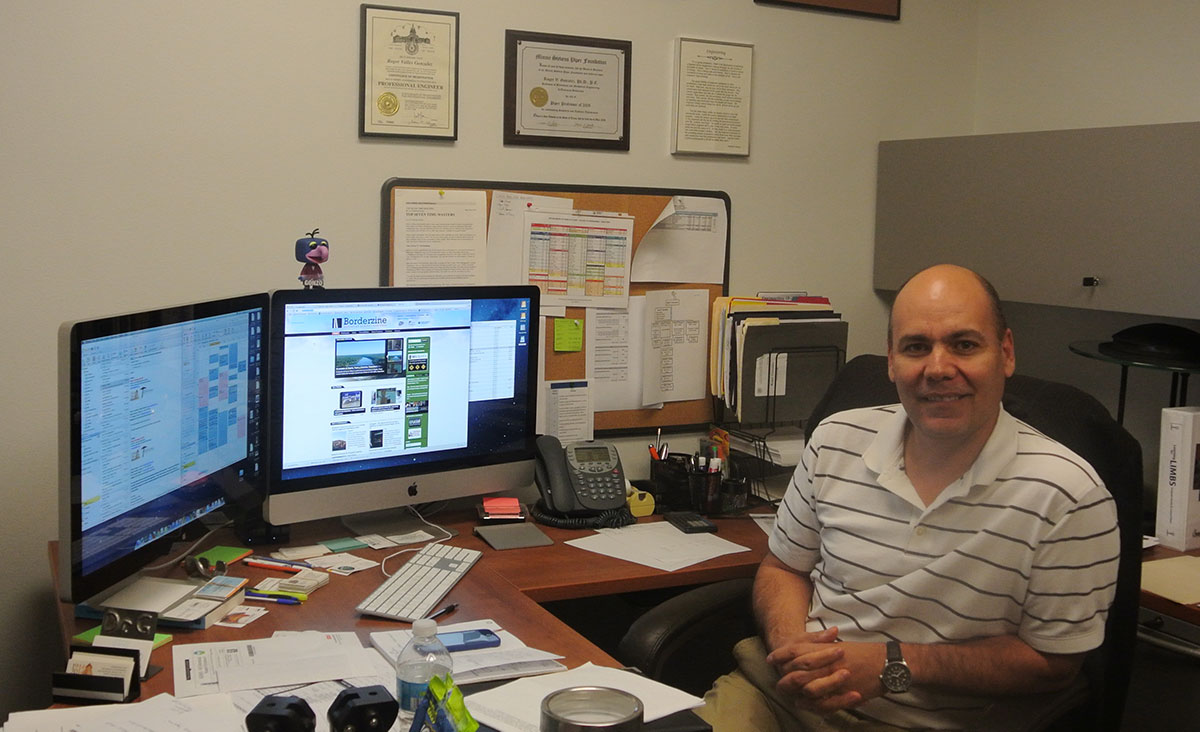 EL PASO – Roger V. Gonzalez has been to every continent except Antarctica in the last 30 years. He has traveled through almost 30 countries and 48 states of the union. Although he has seen most of the world and experienced many cultures, he says he’s been most affected by encounters with hundreds of men, women, and children with missing limbs because of poor health or accidents that have led to amputations.

“It’s really hard to see those who are disabled,” said Gonzalez, 50, a UTEP engineering professor who recently was nominated as Global Humanitarian Engineer of the year. He is also the founder of LIMBS International, a nonprofit founded about 10 years ago that offers affordable prosthetic solutions to amputees around the world.

“I wanted to be able to see how I could help disabled people,” he said. “I saw the need throughout the world.

As a mechanical engineer who “ understood how mechanical things worked,” Gonzalez figured he could help amputees by developing cost-effective components to help them walk again and be able to pursue jobs.

LIMBS works with clinics and hospitals around the world including Bangladesh, Bolivia, the Dominican Republic, India and Kenya to fit amputees with prosthetics manufactured in Bangladesh and designed by Gonzalez and his UTEP students. Each clinic determines if the limb is free to the patient or will be provided at a low cost and LIMBS works with various organizations around the world to help amputees obtain access to better prosthetic technology and regain mobility.

UTEP students contribute to the project by working on the design of different components and trying to discover better ways to manufacture prosthetic feet, arms and ankles and make them less expensive to patients.

“The thing that is good about working with students is that they think outside the box,” said Gonzalez. “I look at the creativity of students who come (to class) with ideas.”

Engineering graduate student Cesar Cantu, who has been a part of part of the LIMBS project and has traveled for this cause, said, “if coping with this tragedy is hard for someone here in the U.S, where advanced prosthetic technology is readily available, imagine what a person living in a low-income country has to endure.”

He added that the opportunity he has had to travel the world and “see the joy that our product brings to people that are able to walk, in some cases for the first time, is a life changing experience.” Gonzalez, an El Paso native, graduated from UTEP at the top of his mechanical engineering class in 1986. After graduating from with his bachelor’s degree, he worked as an engineer for General Electric for about three years in Louisville, KY, Albuquerque, NM, and Evendale, OH. He then returned to school and earned his M.S. in Biomedical Engineering and a PH.D in Mechanical Engineering from the University of Texas at Austin. He said he decided to return to college for advanced studies in his field because he enjoyed campus life and wanted to become a professor.

He said he knew “becoming a professor would allow me to be part of students lives. I figured I’d enjoy being with students in a classroom, helping them learn and interacting with young minds. I think they have a lot to contribute and a lot of ideas that are fresh. I wanted to be part of an exciting environment.”

Engineering graduate student Joshua Bowen, who has also been involved with the LIMBS project, said “while I have had many professors impact my life, Dr. Gonzalez is probably the professor that has had the largest impact on me both as a student and as a person. I will always be grateful to him for the opportunities and challenges he gave me.”

After leaving El Paso in 1986 Gonzalez said he never thought he would return to the area. Then, in the summer of 2012, he was offered the opportunity to be the director of the undergraduate Leadership Engineering Program. “Coming back and running this program was the right thing to do,” he said. The engineering program was launched this fall with an entering class of 30 students.

“It’s for people who love engineering and technology who aspire to do more than practice engineering. Students in the program can do things like attend law school, business school, medical school or lead an organization,” he said.

The Leadership Engineering Program is trying to do things differently by teaching with a focus on team collaboration and learning about entrepreneurship and leadership programs.

Gonzalez said he tries to have an impact on students by trying to create a learning environment where they are challenged to do things that they didn’t think they could do. “A lot of it is based on my own background,” he said. “I went to high school and I was not very challenged and therefore I was very distracted. Thus I set up a nurturing but challenging environment” in the classroom, he added.

He also believes that everyone should learn about technology and other subjects to expand their horizons. “I think a great leader is someone who can talk to you about philosophy, politics, business, marketing. They may not be experts but are educated enough to have a conversation. Leaders need to listen to both sides and understand the context of everything.”

He explained that the UTEP leadership program is not lecture-oriented but is more like being in a working studio. “This helps keep the students motivated.”

His future plans are to develop leadership engineering for the next decade, and see LIMBS grow as an organization. During his free time, he says he enjoys playing tennis and spending time with his family.

Gonzalez says a goal is to retire from a paying job by age 60 and move to the foothills of the Rocky Mountains. But even then, he says, he plans to stay busy and involved with the international community.

“I love my life and my job. I can’t believe I get paid to do what I do. It’s been a lot of fun but it has taken sacrifices and work to get there.”