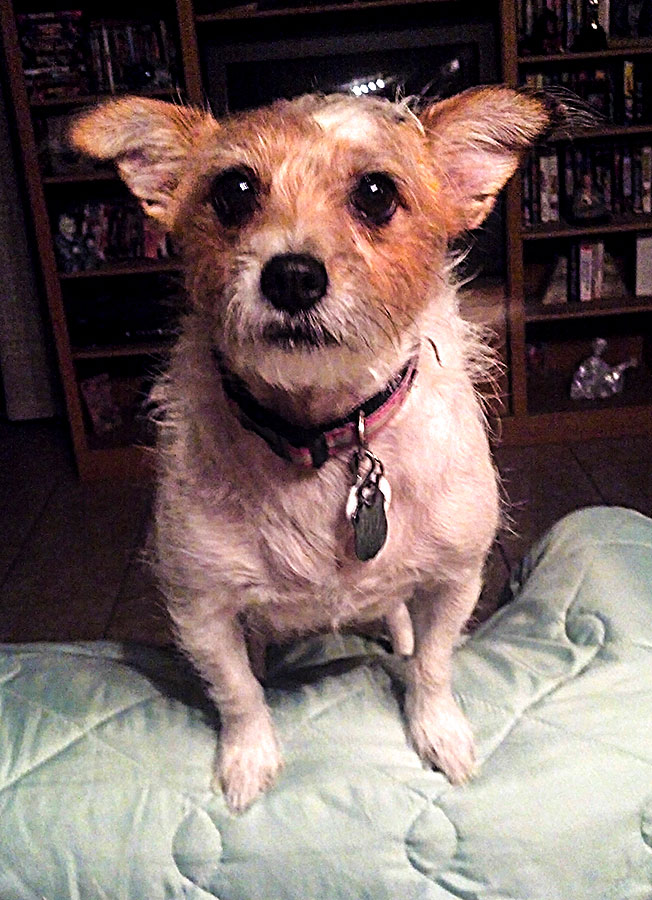 EL PASO – It’s been two weeks since I was sitting down at home and watching the live-stream of the announcement of El Paso’s new Triple A Baseball team name at the Plaza Theatre, and I still can’t believe what I heard and saw.

After all the suspense and speculation, I let out a loud and horrified “no!” as I saw the name “Chihuahuas” being unveiled. When friends texted me saying how mortifying and ridiculous the name was, I realized I wasn’t the only one who was horrified and embarrassed. How this name was chosen over more intimidating names like Sun Dogs, Desert Gators, or Buckaroos is beyond my comprehension. Chihuahuas along with Aardvarks were on my list of least of likely names because of their poor or lack of marketability and intimidation factor. I was terribly wrong.

When the billboards went up with the mean, red eyes saying “They’re Coming” and the date of when the announcement would be made, I believed it to be something cool and awesome, and then unconfirmed internet leaks of a red dog that looked like Clifford The Big Red Dog with the same red eyes.

As soon as the first image came up, it certainly made people believe that it was the Sun Dogs that would be the team name. I cautiously didn’t jump the gun and wanted to hear it officially from those in charge.

So the waiting game began and nothing more came up until the day of the announcement, and that’s when a leaked photo of a grey El Paso Chihuahuas t-shirt started circulating around. However, I shrugged it off because it didn’t seem likely, or it rather seemed impossible at the time that that mascot would represent El Paso.

I understand that the Chihuahua is a dog that is native to Mexico and is also popular to have not just here in the borderland but all over the United States, but how does a small dog that is all bark with very little bite going to intimidate any team that comes into El Paso?

The only other names in the Pacific Coast League, the baseball league El Paso will be part of, that sound not too intimidating are the Tacoma Rainiers and Las Vegas 51’s. Everyone else in the league have pretty good and intimidating names, for example, Albuquerque Isotopes, Fresno Grizzlies, Omaha Storm Chasers, just to name a few, but they work and grab your attention in an intimidating way. Chihuahuas does grab attention but in a weird and funny way.

Each of the other names had a case for being and not being used as the team name. For example, Aardvark is an animal from Africa that thrives on eating ants and termites, and believe me there is no shortage of ants here in the borderland. Also, when thinking of Africa, we think of desert, and El Paso is in a desert area so why not Aardvarks? Well, because for me, Aardvarks still doesn’t bring that aura of intimidation that a team name should bring.

Desert Gators, Buckaroos, and Sun Dogs all had much stronger cases and were my top picks for the team name. Buckaroos because we live in Texas, and Texas is famous for its cowboys and ranches. It would take some getting used to, but it would work. Also, Sun Dogs and Desert Gators would work to because using anything with sun or desert in its name here works because we live in a desert, and El Paso is known as the Sun City. It was almost common sense to use these names because of our area but also because of some of our history with the names like the Gators, but common sense and logic seemed to have slipped out the backdoor when the decision was made.

I am very much against this name, and I even signed a petition going around on Change.org, a website designed to create petitions for change, to change the name. However, as I think on it more and more, the name change would be impossible now because of all the investment and marketing of the team name. A lot of people have jumped on the Chihuahua bandwagon but I haven’t and won’t unless one thing happens to validate the name and that is that this team makes a playoff run or even wins the Triple A Championship.

Then, only then will I accept the name Chihuahuas.

6 thoughts on “The El Paso Chihuahuas – The image of powerful, intimidating winners… really?”