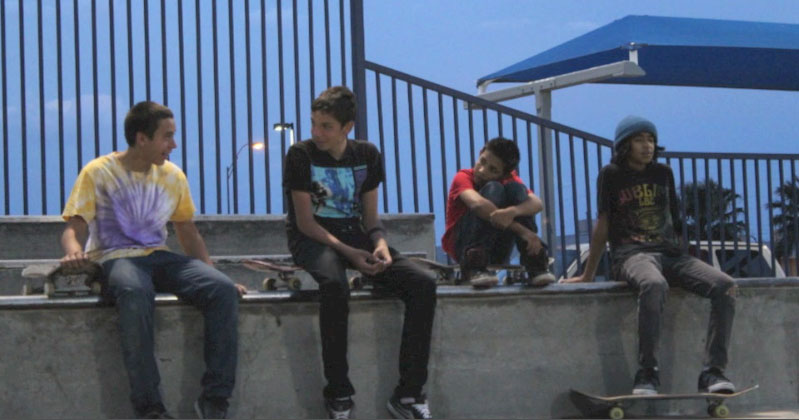 Having skate parks for El Paso’s action sports enthusiast also draws them more into the community, and according to Robertson, helps encourage good citizenship. (David A. Reyes)

EL PASO – El Paso City Council approves a $1.4 million bond for the construction of the largest skate park in the region with help from a tireless local organization.

The new state-of-the-art skate park in Northeast El Paso, began construction in June financed by the 2012 Quality of Life bonds approved by City Council. The park is scheduled to be completed by August 30, 2014.

“We firmly believe that skateboarding, BMX, and all action sports are here to stay,” said Bill Robertson, assistant professor at the University of Texas at El Paso and member of the El Paso Skatepark Association, “[these sports are] part of our culture, and by making parks available you’re actually extending opportunities not only to young people, but also to families.” Having skate parks for El Paso’s action sports enthusiast also draws them more into the community, and according to Robertson, helps encourage good citizenship. (David A. Reyes/Borderzine.com)

Part of this skate-park project stems from an idea that Robertson, Paul Zimmerman, and Gabe Lawler devised back in 2008, when skateboarders and El Paso City Hall got together to build more “high quality” concrete facilities for skateboarders, according to the association.

The El Paso Skatepark Association has ushered in 17 skate parks in El Paso County, with 10 within city limits. The organization has also recently opened a new concrete skate park at Ft. Bliss, and holds various contests, or deck art shows where the proceeds go to support the skate parks.

The nonprofit organization’s primary mission is to build new skate parks and have some stewardship of the parks that were already in El Paso, according to Robertson. The addition of the new skate park is just part of the growing community of the developing northeast.

Robertson believes this amenity is needed so that families in the community can have a safe place to go, as well as benefit the skateboarders and BMX riders who want to hone their skill.

“It gives you, as a rider, a chance to visit different parts of town and to enables you to increase your riding abilities by adapting to different terrain,” Roberson said.

Police Lt. Tony Jimenez, an officer at the Pebble Hills command station, says some issues have come up with the skate parks, especially during the summer months, concerning illegal drug-use, underage drinking, and curfew violations.

“I’m not saying it happens at every park, but those types of activities sort of spike up then,” Jimenez said. “Typically, that’s what the police department is concerned about.”

Jimenez adds that since the skate parks are usually located at an already existing park facility, the facilities are subject to the park rules and regulations including the curfews involved.

“So for the PD [these skate parks] are just another area to be aware of and include in your patrol,” Jimenez said.

According to their website, The El Paso Skatepark Association relies solely on volunteers and all the money raised from events or donations goes to help create future skate parks and maintain the existing ones around El Paso County.

Funding for the organization comes from a variety of sources such as: Community Development Block Grants, Neighborhood Improvement Funds, Public Arts Funding, bond elections, Tony Hawk Foundation Grants, and others that provide concrete and other construction materials or services.

When most skateboarder’s are about 14 years old, the modes of transportation to grand-scale skate parks can often be limited. The El Paso Skatepark Association believes that “a well-conceived skate park system on a community-wide scale will provide accessible recreational opportunities,” and kids in these neighborhoods would benefit from a close proximity.

Robertson said that having various recreational facilities that are each unique from each other, helps to develop children and give them creative, active, and healthy lifestyles. Having skate parks for El Paso’s action sports enthusiast also draws them more into the community, and according to Robertson, helps encourage good citizenship.

“Action sports are very therapeutic because inherently they involve your physicality in a creative way,” Robertson said. “You know you’re putting yourself into situations where you’re using your body and brain, so you’re releasing a lot of energy and tension. It’s just a form of working out.”