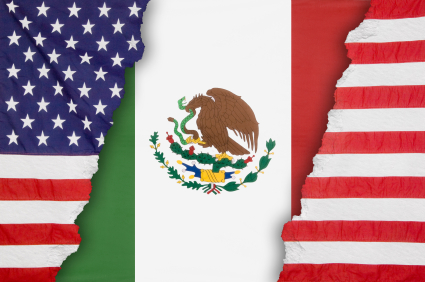 EL PASO – I still remember the name of my middle school bully and what he looked like. I might have been an insignificant part of his life but for me he was not. His behavior when I was a teenager produced fear, self-hate and an identity crisis that haunts me to this day.

A native of Ciudad Juarez, I have always considered myself Mexican and I have been proud of my background. At age eight, when my father’s work as a materials control manager enabled my family to cross the border to live a more comfortable life in El Paso, we did not object. But I never thought that moving to the “land of the free” would make me question and feel ashamed of my culture and, at one point in my teen years, become ashamed of it. Although I have blocked out most of what happened throughout the three years I attended middle school when I was 11 to 13 years old, I still recall the mocking faces of my classmates, their random stares, taunts and insults. Self-conscious about my actions, my looks, and my Spanish accent, I dreaded going to school. “Would they taunt me today? Would they try to get my teachers to give me detention?” I began to wish that I was someone else.

One of my Humanities teachers never missed the chance to humiliate me in class whenever I had difficulty pronouncing English words. During one class presentation, he started laughing when I mispronounced the word feet. The bully joined in and soon the entire class was laughing as I crouched at my desk humiliated.

After that incident I started to avoid words like, chair, cheese, city, stop, start, yes, protein, jaw, and many others. I was afraid to speak up in class and although my classmates attributed my silence to shyness it was really caused by fear. I started to tell friends and acquaintances that I was “American” rather than Mexican. The pride that once came with being bilingual evaporated. I also became afraid of interacting with classmates.

Then in eighth grade a private remark from the bully began to change how I saw myself. During a class break, the boy approached me inside the empty classroom. He was your typical football jock; blonde, blue eyes, with a heavy build. With a serious look on his face, he pulled a desk up next to me. Time seemed to stop as I froze with anger and a sense of overwhelming fear. Unable to think clearly, the room seemed to spin.

He placed a hand on my shoulder, looked me in the eye, and said, “Claudia you are too pretty to be Mexican. Quit being a Mexican; you don’t even look like one.”  I was stunned.

The more I thought about his statement, the more I realized he was wrong. I was pretty because I was Mexican. As I grew older I began to understand there was nothing wrong with me.

No one has the right to criticize or put down another person because of his or her culture or ethnic background. In retrospect, I wish that I had been courageous enough then to challenge the bully and stand up for myself. We should flaunt our background rather than hide it. Diversity is a beautiful thing.

Over time, I have grown into a proud Mexican American woman, but the wounds to my ethnic pride sometimes resurface. Although I have no problem now speaking in Spanish or saying that I am Mexican, speaking in public in English still causes fear, and I am still working on overcoming my shyness when I interact with people.  But I am certain about one thing. No one ever again is going to make me feel ashamed of who I am.

Hello my name is Claudia. I am currently attending UTEP where I am majoring in Art History with a minor in Museum Studies.