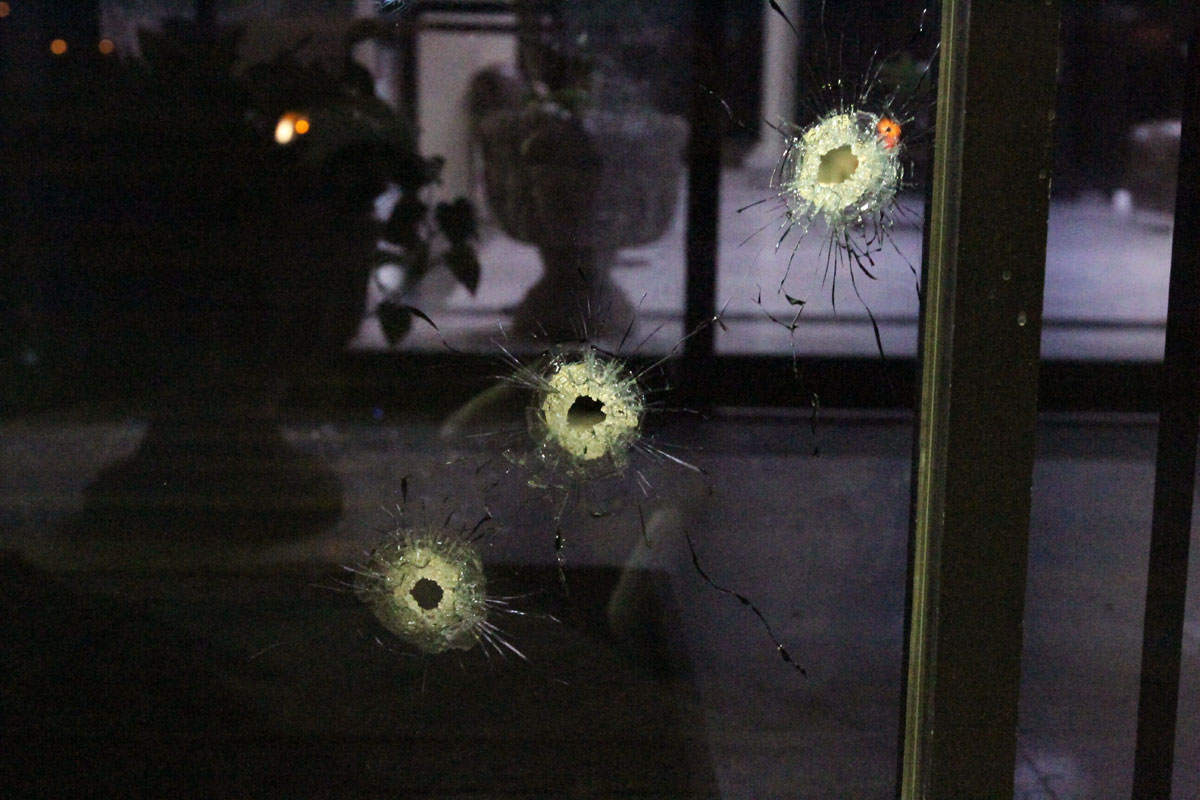 EL PASO – A group of armed men in a grey van approached the premises of El Diario de Ciudad Juárez, the leading newspaper in the city now ranked as the 19th most dangerous in the world, and fired seven bullets through the building’s plate-glass door before dawn on March 6.

“There was never a previous threat or any kind of vindictive message. We did not expect it… so far the authorities have not been able to tell us who it was or what was the motive,” said Pedro Torres, Associate Editor of El Diario de Juárez.

The early morning attack was not the newspaper’s first encounter with violence. Armando Rodríguez, the lead crime reporter for El Diario, was shot to death in November 2008.

El Choco, as his friends called him, was sitting in his car outside his house about to drive his 8-year-old daughter to school, when a man walked up to the car, opened fire at close range shattering the driver’s side window and the windshield with 10 shots. The killer hurried to a getaway car and sped away. Rodríguez, the father of three children, was 40 years old.

As the van rolled to the main entrance a man opened the sliding side door and fired seven 45-caliber rounds into the glass doors of the building.

The incident was immediately reported to the authorities using the emergency phone number 060. Municipal police arrived at the scene and proceeded to block off the area, followed by state prosecutors who collected evidence at the scene. El Diario is requesting the Ciudad Juárez Police Department not to rush but thoroughly investigate the attack. (Courtesy of El Diario de Juárez)

A few minutes after the attack on El Diario, another shooting was reported outside Canal 44, a TV station in Cd. Juárez. Authorities believe the shootings are connected because they found .45-caliber casings at both locations.

After the incident, Torres said, he met with his staff to determine what kind of security measures they had to put in place to protect themselves. “For example, our reporters now have to keep in touch during the day, tell us where they are and where they’re going. All of our reporters and photographers have an iPhone and they created a group where they will send each other messages every thirty minutes saying they are ok,” said Torres. “We are also going to install bulletproof glass at the entrances to protect our employees.”

During the course of the day state prosecutors found an abandoned vehicle and confirmed it to be the one used for both shootings. Police interrogated nine persons, but made it clear that no one had been arrested in connection to the attacks.

Five years have passed since the murder of Armando Rodríguez and it remains unsolved.  Despite the attacks at El Diario de Juarez, the newspaper remains combative and says it will not be silenced.

“We published an editorial telling the authorities that we don’t want them to rush any investigations and present us a scapegoat. (We want authorities) to thoroughly investigate until they can tell us who it was and why they did it,” said Torres.