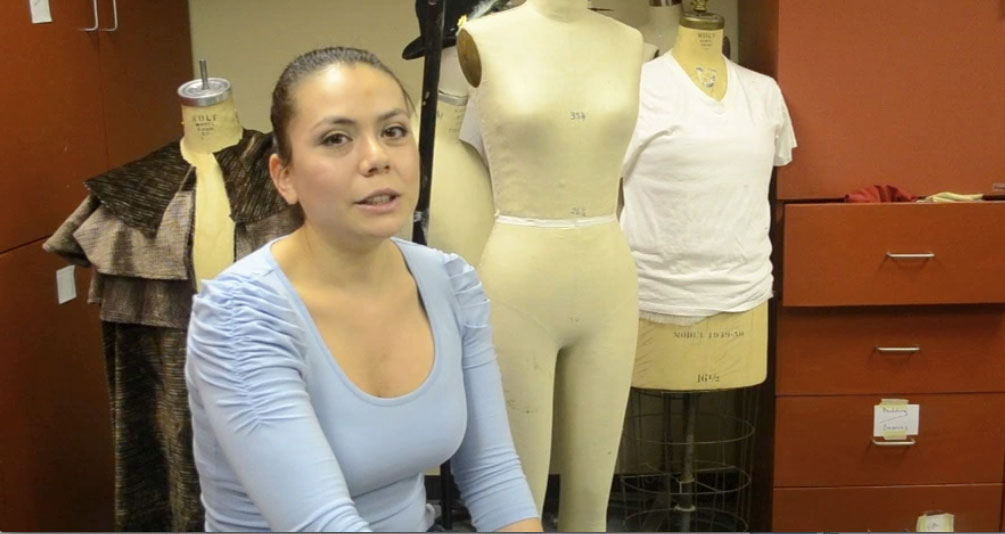 EL PASO – Accustomed to a free and easy fashion style best described as “desert leisure,” the Sun City has belatedly and slowly begun incorporating world-class fashion design into its culture.

Fashion consciousness is progressing in baby steps here compared to fashion forward cities such as New York or Los Angeles, but this traditional southwestern city started developing a more sophisticated fashion sense during the past two years.

“I have noticed that the fashion industry in El Paso has grown but we still have a long way to go,” said Denisse Hernandez who participated in Fashion Week of El Paso 2012 as a designer. Hernandez, 25, was selected to present her designs at the event that drew some 15 authentic El Paso designers. Their first challenge was to create and construct a couture gown.

“I think we need more inspiration when it comes to fashion here in El Paso, not just wear a pair of flip-flops and baggy jeans. We need to take risks,” said Hernandez, who is currently majoring in Theatre Costume Design at the University of Texas at El Paso.

Hernandez plans to move to San Francisco after graduation to continue her studies as a designer. She said it would be hard to stay here because there are very few jobs for designers in the Sun City.

Different model agencies from El Paso have been collaborating to give life to the different events that show the community’s need to express itself through fashion.

“Fashion Week and Fashion Week of Mercedes-Benz have grown a lot because of the intense advertising and you can see how more and more people come to these events every year,” Hernandez said.

Jacqueline Garcia Martin, CEO of the Wilhelmina Bazaar modeling agency said they noticed more interest from residents when the agency moved from the east side of El Paso to the west side.

Hernandez said that she has noticed that people coming from different parts of Mexico try to dress a lot more formally than the locals. She said people from El Paso go for the more casual and informal look.

Garcia said that people have the opportunity to attend Fashion Week and buy a pass for one day or the complete four-day or eight-day experience of the runway show. She also said that because of downtown nightlife, west siders tend to go out to clubs and to dinner, which gives them a chance to showcase their fashion trends.

Andrea Palacios, a sophomore majoring in Psychology at The University of Texas at El Paso (UTEP), has been modeling for Wilhelmina Bazaar Models for over a year now.

Palacios, 21, said that thanks to the different modeling agencies in El Paso, models and designers from El Paso and Las Cruces have been able to expand and show their talents to bigger agencies from other cities in the US that come to El Paso Fashion Week.

“People can help the El Paso fashion industry grow by attending events related to fashion. They are open to the public,” Palacios said.

She agreed that El Pasoans on the west side tend to have more enthusiasm toward fashion and to have the social status that encourages them to dress in a more sophisticated manner.