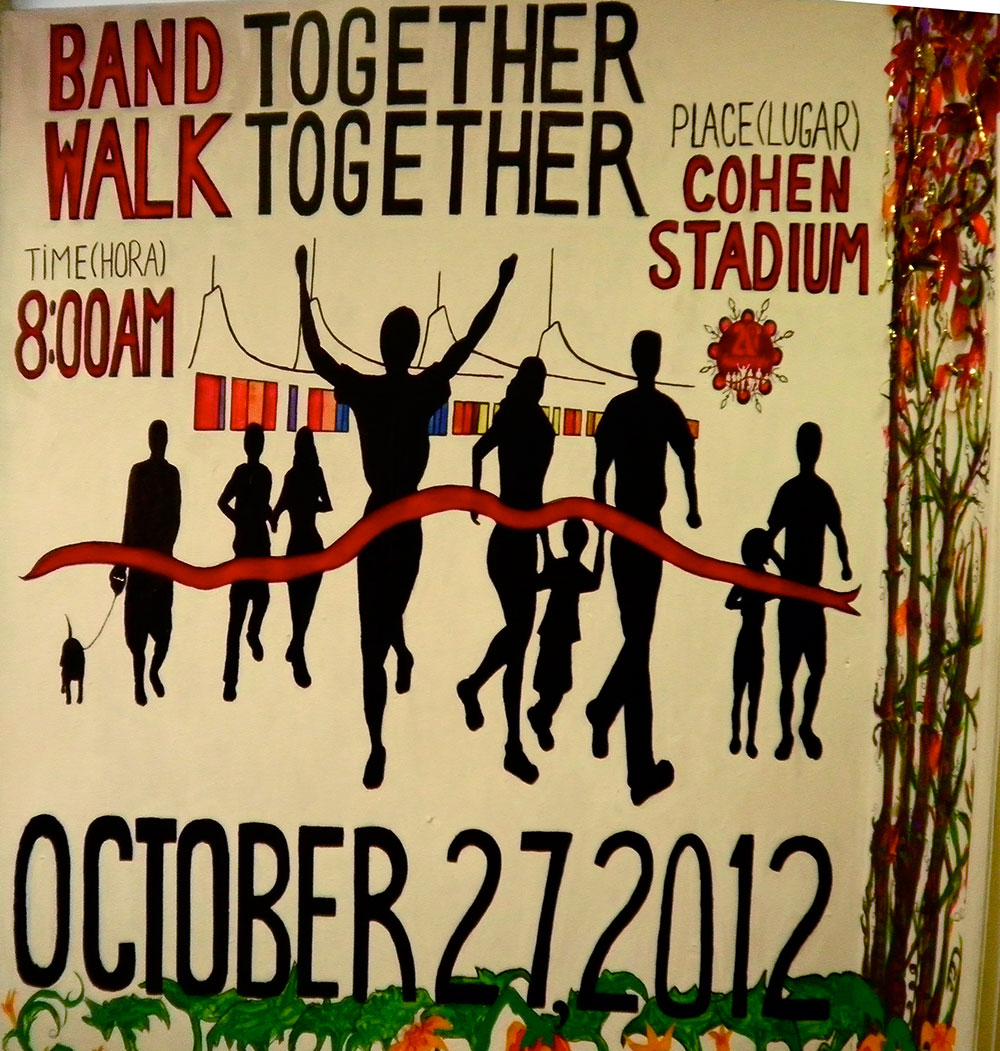 EL PASO — Jorge “Sasha” Garcia sat in a sterile, impersonal doctor’s office in the summer of 1995 and watched the clock tick away as he waited for the results of his HIV test.

He had sought treatment two weeks earlier for an unrelated infection and decided to submit to the HIV test on the advice of his doctor. “This was back in the day before we had the 20-minute test, which allows you to find out right away. So, I waited two weeks and of course those two weeks were grueling,” Garcia said. Finally, the doctor strode into the office with Garcia’s results. He sat behind the desk, opened a folder and very matter-of-factly said that Garcia was positive for HIV.

“He said, ‘you took an HIV test? Well, your test is positive. I’ll give you a minute,’ and he walked out of the room,” Garcia said. “It was horrible, the way it happened. I just sat there and cried for about 30 minutes. He came back in and asked me if I was okay. I didn’t even know what to say. When I got back to my car, I just sat there crying for another 30 minutes.”

That is how Garcia found out about his HIV status 17 years ago. At the time of his diagnosis there were few community resources and little available education about HIV/AIDS. In denial and fear, Garcia opted to ignore his positive diagnosis for two years and received no preventative treatment.

“Back then, especially, we didn’t know much about HIV. Pretty much, you had it and you were probably going to die from it and that was it,” Garcia said.

By 1997, Garcia lay in a hospital bed, extremely sick with all the complications that can follow an AIDS diagnosis. He quickly went from weighing about 160 pounds to 95 and had a dangerously low T-cell count.

“I had all the opportunistic infections that come with AIDS. I had PCP pneumonia. I had Kaposi’s sarcoma, which is a type of skin cancer that occurs only in AIDS patients. I had to get a couple of blood transfusions because I was anemic,” Garcia said. “I was in isolation because my immune system was so compromised. In those times, I really didn’t think I was going to live.”

After more than two weeks in the hospital, Garcia miraculously battled through his various illnesses as his T-cell count began to slowly rise. But his time in the hospital, fighting AIDS, would change his life forever.

“When I was in the hospital, there was actually a representative from International AIDS Empowerment who would come and talk to the HIV patients and just ask us how we were doing,” Garcia said. “Once I got out of the hospital I began going to IAE and I realized how important it was to educate people about this disease and stop the spread of it.”

In time, Garcia trained to be a part of the Speaker’s Bureau and began educating young people in El Paso schools about HIV/AIDS. Today, he is a case manager and the Caring Through Education Program manager for International AIDS Empowerment.

International AIDS Empowerment was created in 1997 as a project of the United States-Mexico Border Health Association and the El Paso Field Office of the Pan American Health Organization. It is only one of two non-profit organizations in the El Paso region that provides direct HIV/AIDS services, according to Garcia. In its 15 years of existence, IAE has worked to provide educational programs, free HIV-testing, food pantry, housing assistance, a homeless prevention program, support groups and more.

This year IAE is preparing to bring the community together for the 20th Annual AIDS 5K Walk and Pet Walk. It will take place from 8 a.m. to 12 p.m. on Saturday, Oct. 27 at Cohen Stadium in Northeast El Paso. Attendance is free, but IAE encourages donations from participants.

“We have been seeing for the past three years an increasing trend of new (HIV) infections in El Paso,” said Tony Martinez, IAE program director. “We want to encourage the community to participate in this event so that they know that HIV is in the community and they can learn how to take steps to prevent the spread.”

According to a 2010 report by the Texas Department of State Health Services, there were 1,617 people living with HIV/AIDS in El Paso. But the number only reflects individuals who report and are aware of their status.

For Garcia, “coming out” about a positive HIV status is more complicated on the border than in other regions in the United States because of the conservative and traditional values that are typically tied to the Hispanic culture.

“Being HIV positive here in El Paso is not that easy. I know people from other places in the nation and in California, where it’s okay to say you’re HIV positive and not feel guilty or judged or ashamed,” said Garcia, who has turned down TV news interviews before because he isn’t ready for that kind of exposure.

“I hope that I can go on TV and say that I’m HIV positive and not be afraid one day,” Garcia said.

Garcia believes that much of the stigma still attached to being HIV positive stems from how the disease was typically transmitted when it first appeared decades ago.

“If you tell someone you’re positive, the first thing most people think is that you must be gay or promiscuous or an IV drug user,” Garcia said.

Though negative stigmas of HIV-positive individuals do still exist, Garcia is encouraged by the fact that most of the young people he encounters through IAE’s educational program know that anyone, regardless of sexual orientation, race or age, can be infected and that infection doesn’t occur through kissing, sharing food or with a handshake.

“When we talk about HIV in the schools, we tell them what it means. It’s the human immunodeficiency virus. I ask them, what is that first word? The answer is ‘human.’ So if you’re human, you’re susceptible to the disease,” Garcia said.

The 5K walk and pet walk on Oct. 27 will mark only the second year that IAE incorporates their Pets Are Wonderful Support program, or PAWS, which matches lower-income HIV/AIDS individuals with a companion pet rescued from a local shelter. IAE pays the adoption, immunization and veterinary fees associated with owning a pet. The AIDS walk will also be followed by a community fair, which will feature representatives from community and health organizations. Plus, attendees can enjoy the live entertainment of El Paso native, musician, activist and hip-hop artist Adair Lyon.

“More than ever, we need the community to come together and help us educate the rest of the world because HIV patients don’t need rejection, they need love,” Garcia said. “If people have cancer, they don’t hide it. If they have diabetes, they don’t hide it, and I hope that everyone who has AIDS can be open about it someday.”