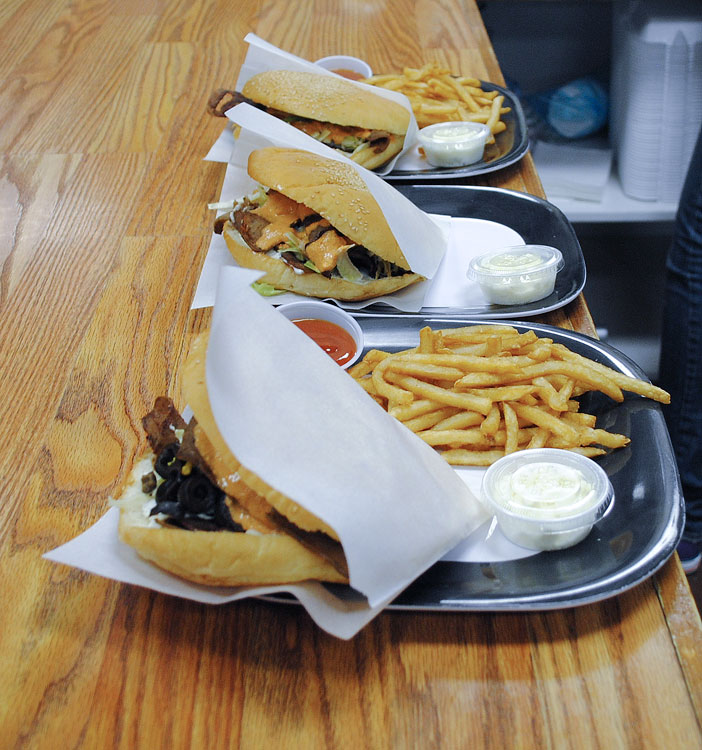 EL PASO – An intoxicating yet intriguing aroma wafts through the restaurant and as the hissing sound of the grill catches the attention of the patrons, a plate leaves the kitchen and makes its way to a table, the spices and condiments with their bright colors alerting the onlookers that they are about to experience a true delicacy.

In a city that is almost entirely dominated by the Tex-Mex cuisine, a few spots stand up against this “giant” in order to offer variety and culture to the Sun City.

Some of these restaurants are Sinbad Restaurant located on the bustling and dynamic area of South Mesa street, offering its customers Middle Eastern cuisine; The Döner Kebab Shop situated close to Fort Bliss, presenting traditional as well as modern German fast food; and Zino’s Greek & Mediterranean Cuisine on the corner of Mesa and Resler, bringing authentic Greek food to the Texan west. What make these three choices stand out from the rest are not only their authentic and delicious dishes, or even their excellent service and readiness but their management.

In May, 2002, UTEP PhD graduate Naser Yousif, opened Sinbad Restaurant, which is managed by him and his family in order to preserve the genuine flavor of his native Palestine.

“Business overall has been good for me. It’s already been nine years. We’re going for 10,” says Yousif, who lived in a refugee camp before he moved to the United States in 1982.

Former Luftwaffe Airman Alexander Perry opened the Döner Kebab Shop in December, 2009. A young and energetic Perry (as he is known by his regular customers) works the shop day and night, taking advantage of the popular social networks like Facebook, as he makes special daily dishes to increase business.

“It’s tough, [business in El Paso] the military keeps on moving so you have people going out, but also new people coming in. There’s always a new crowd you have to attract to your food,” says Perry with a smile on his face.

Chef Zino Souikni, who trained at Le Cordon Bleu Culinary Institute, started Zino’s Greek & Mediterranean Cuisine in March, 2011, after working as Executive Chef at world renowned hotels such as the Venetian, the Bellagio and Four Seasons in Las Vegas.

“We have some customers that keep on coming back that support small businesses, so we are doing good right now,” said Souikni, the man from Athens who was brought to the Sun City by his El Pasoan wife.

Nowadays, Yousif of Sinbad Restaurant, Perry from the DK Shop, and Souikni from Zino’s say that El Paso is their new hometown, but obviously their roots and their cuisine are still holding onto the countries from where they came.

Whether melancholic feelings or just a sudden impulses sparked the creation of these eateries, the three restaurants are succeeding by introducing new exciting cuisines with authenticity and quality to the palates of El Pasoans.