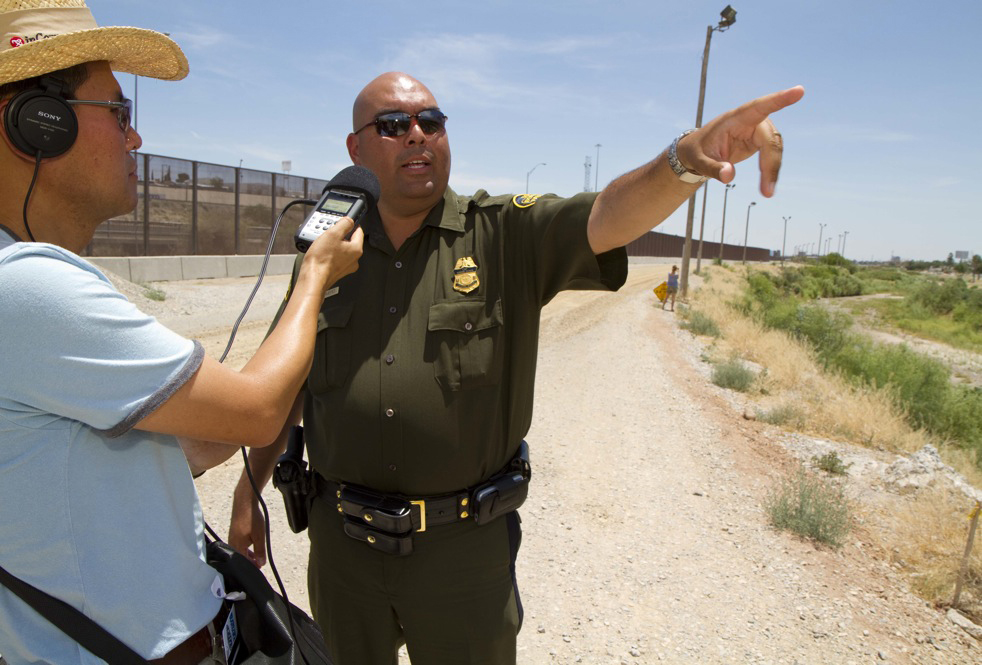 Contrary to what non-border residents may think, the boundary between the United States and Mexico is not a straight line or a simple division between the two places. The border bisects desert, mountains and urban areas. Each type of terrain calls for simple fencing in desert areas, tall steel mesh in more populated areas and plain rocks markers in mountainous areas or open desert, for example.

The El Paso sector is the original office of the Border Patrol, established in 1924. Its coverage area spans more than 125,000 square miles and includes all of New Mexico and the two westernmost counties in Texas.

Overall, 17,000 border patrol agents monitor the nearly 2,000-mile long border between the two countries. Our stories, told through video, audio and photo are but a snapshot of the border law enforcement.

An Audio Story about a Day with Two Border Patrol Agents

assistant professor at the University of Texas at San Antonio