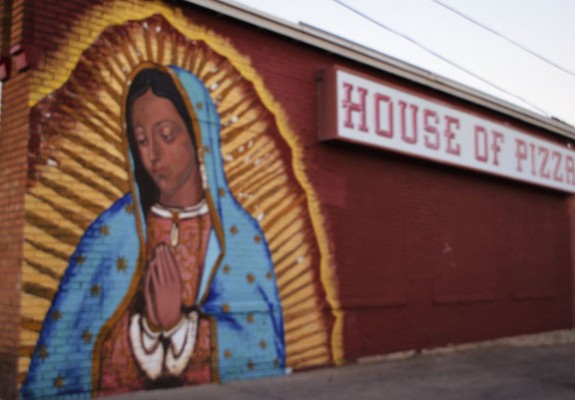 The Virgin of Guadalupe

EL PASO, Texas — Ever since 1531 when the image of the Virgin Mary appeared miraculously on the cloth worn by Juan Diego, a humble peasant in Tepeyac, Mexico, the Virgin of Guadalupe has been a sacred symbol of Mexican faith. Today the image of the Virgin can be found almost everywhere on the Borderland, from churches to sidewalks, from candles to tattoos. The photography class at the University of Texas at El Paso was given the assignment to photograph the Virgin wherever she appeared. (Click on the pictures to enlarge.)