EL PASO — My curiosity as to what an antiracist activist was compelled me to attend an open lecture given by writer and scholar Tim Wise. I sat patiently among faculty and fellow students with the expectation that my curiosity would be satisfied. I was not disappointed. Wise appeared confident as he made his way to the lectern after a very charitable introduction and quickly launched into the evening’s volatile subject matter—racism. According to Wise, people of color fear talking about racism in front of white people, which was a revelation I found surprising given the existence of rap music. 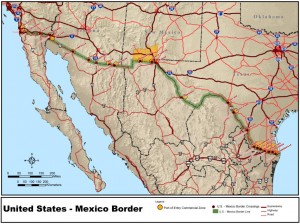 The UN Committee on the Elimination of Racial Discrimination expresses their concern to Washington regarding the potential “discriminatory impact” of the construction of the US-Mexico fence on indigenous communities living on both sides of the border. The chairperson of the UN Committee on the Elimination of Racial Discrimination, Alexei Avtonomov, confirmed in a letter submitted in March 2013 that, according to several complaints received by different NGO organizations, the US-Mexico wall has been built, for the most part, in areas inhabited by indigenous communities. This construction “harms their lands, ecosystems, and their cultural lives and traditions, including their access to tribal lands located north and south of the border and to resources required for traditional ceremonies.”However the wall has not been built in more prosperous and wealthy areas, like the Golf River Bend resort, on the Texas border. Mr. Avtonomov warns that this selective construction discriminates against indigenous communities and Latin migrants with lowest resources. The complaint against the “racist nature of the wall,” has been presented by several ethnic Indian activists of the Lipan Apache community together with the Faculty of Law of the University of Texas, to the United Nations (in 2012) and to the Inter-American Commission on Human Rights (in 2008).