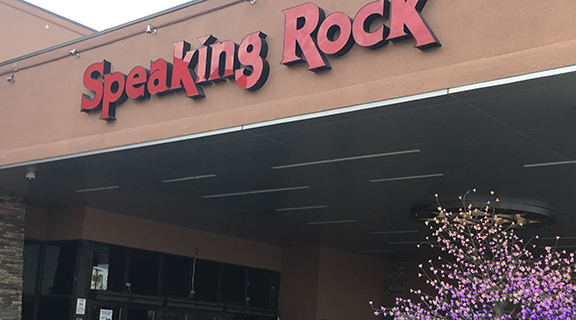 On the heels of a major victory in a decades-old dispute over gambling conducted by El Paso’s Tigua Indians, the Texas Attorney General’s Office is asking a federal judge for an injunction that would ban or greatly restrict the gaming now conducted at the tribe’s Ysleta del Sur Pueblo. Such an injunction could lead to the closure or major downsizing of the Tigua peoples’ Speaking Rock Entertainment Center, the border tribe’s most lucrative enterprise and the focal point of a legal dispute with the state that dates to 1993. The Texas Attorney General’s Office on Friday recommended that U.S. District Judge Philip Martinez issue an injunction that prohibits the Tigua “from engaging in, permitting, promoting, or operating gambling activities on the Ysleta del Sur Pueblo’s reservation that violate one or more of the following” Texas laws and regulations regarding gambling. “This includes, but is not limited to, the one-touch machines described in the (Feb. 14 order issued by Martinez) and the live-called bingo described in the order.”

The state’s latest lawsuit seeking to stop gambling on Tigua land was set to go to trial on March 4, but Martinez on Feb.