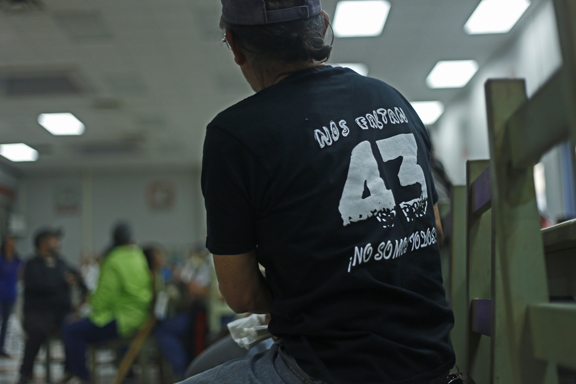 EL PASO — Blanca Luz Nava Vélez gripped the tissue with both hands as if it were about to float away from the tears forming in her eyes as she forced herself to speak through the shake in her voice to say that even if the world were to end she will find her missing son Jorge and the 42 other students kidnapped in Ayotzinapa, Mexico, on September 26. “When I am at home, I want to die,” she said. “I feel like dying because I see the items that belong to my son, his guitar and I would go mad. That’s why I am doing something about what happened.”