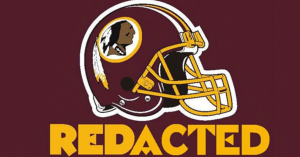 As long as the rivers shall flow

Independence Day has come and gone. Native Americans can only watch from the sidelines, aware that they were considered “savages,” used by the British to harass the colonists. The Declaration of Independence charges that King George “has excited domestic insurrections amongst us, and has endeavored to bring on the inhabitants of our frontiers, the merciless Indian Savages, whose known rule of warfare, is an undistinguished destruction of all ages, sexes and conditions.” Disdain for the First Nations is not now the focus of Fourth of July festivities – but it has shaped US history for some four centuries. Let’s consider another American party, the Super Bowl. The Washington Redskins were absent from this year’s contest, reducing media interest in the team’s nameand the campaign to change it.

SANTA TERESA, N.M. – Recent headlines in the U.S. have focused on a major influx of undocumented immigrants crossing our southern border with Mexico, many of them children either traveling alone or with single mothers seeking refuge. According to Homeland Security some 52,000 children have arrived on the U.S.-Mexico border since October of last year, most coming from Central American countries including Honduras, El Salvador, and Guatemala, looking to escape the upsurge in violence and destitution threatening those countries. Some, apparently, are trying to take advantage of special treatment afforded children and families that cross the border illegally which they believe, mistakenly or otherwise, will allow them to stay. The paid “coyotes” smuggling them encourage this misinformation in promoting their services throughout the perilous journey from their home countries to the border. This is only the latest in the influx of undocumented (illegal) immigrants from the south that have looked to the U.S. for shelter from economic and/or violent social oppression in their homelands.