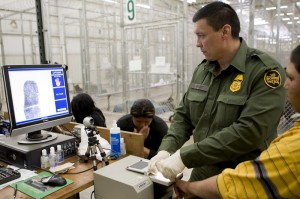 Javier, a 35-year-old from Hidalgo, Mexico, was en route to New York where friends were going to help him find work. He had planned on returning back home after a few years working in the United States. Javier never made it past the border. He was apprehended by Border Patrol officers in January 2012 as he attempted to cross into the United States near Nogales, Sonora. Javier is one of many recently repatriated migrants from Mexico who have detailed physical, verbal and psychological abuse—including beatings, sleep deprivation and racial slurs—by Border Patrol officers after being apprehended along the U.S.-Mexico border.