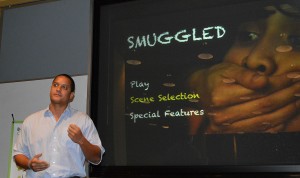 ‘Smuggled’ – film depicts the torture and terror suffered by immigrants crossing illegally into the U.S.

EL PASO – With a rosary dangling from her wrist and bible in hand, a mother and her 10-year-old son sit in a concealed compartment under a bus making its route from Mexico to the United States in hopes of being reunited with the child’s father. For days, they endure the strain of possibly being discovered, and the physiological stress of a lack of hygienic, food ration troubles, and the mother’s critical diabetic condition. This is the premise for the film, Smuggled, screened at University of Texas at El Paso by the Social Justice Initiative. The plot gives insight into the dangerous journey that many immigrants undergo despite fatal or legal risks. Director of The Social Justice Initiative, Arvind Singhal, said he brought the film to the campus because of its relevance to the border city. 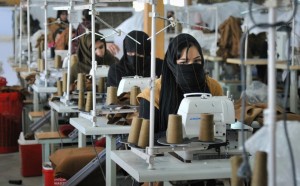 Picturing the people and ruins of Afghanistan

EL PASO — Afghan women sit one behind another, feeding tan thread into their sewing machines, looking down at their work in concentration, while one gazes through the slit of her Hijab, her dark eyes piercing the camera lens. This was a photo taken by El Paso native Andrea Salazar during her deployment two years ago. Joining the Air Force in 2009, Salazar has captured images from different parts of the world as a combat photographer in the military. “I never thought about joining in high school,” Salazar said. “When I worked at Ft.

Giving a voice to immigration reform

EL PASO – Downtown vendors stood motionless at the doorways of their stores and shoppers stopped in their tracks on an early afternoon in April. Only the faint protest of marchers could be heard heading up El Paso street, but with each step closer their voices became strong and loud. “Sí se puede. Yes we can!” they shouted, “Obama, escucha, estamos en la lucha (Listen Obama, we are in a struggle).”

BNHR, based in El Paso, is a human rights advocacy organization that is primarily active in immigration and border policy. The group which represents 700 families, helped organize this event, in addition to several others around the city. 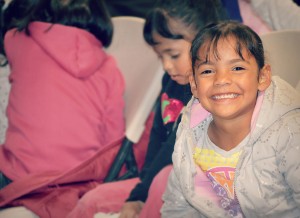 El Paso – Momentous in stature, the white letters can be seen from each curve of the Rio Grande from the campus of The University of Texas at El Paso.  The tall white coated letters contrast against the opaque, rough terrain of the mountain that encompasses it. The painted words on the Ciudad Juarez’ hillside read, “ La Biblia es la verdad. Léela”. These words translate to ‘The bible is truth.