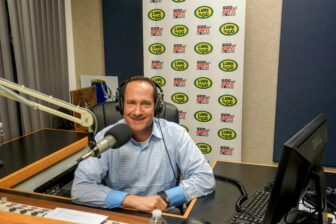 For the past 24 years, Steve Kaplowitz has been the host of the longest running sports talk radio show in El Paso – Sports Talk on 600 ESPN – and he has plenty of great memories to show for it. In 1978 Kaplowitz’s family moved from Long Island, New York, after Kaplowitz’s dad received an opportunity to be a manager for Schaeffer Pens at its El Paso location. Kaplowitz’ family became season ticket holders to UTEP basketball games and he he has many fond memories of watching the Miners play under UTEP coaching legend Don “Bear” Haskins. “A lot of people here today do not realize that UTEP basketball was the thing,” Kaplowitz said. “Those were must-see games.