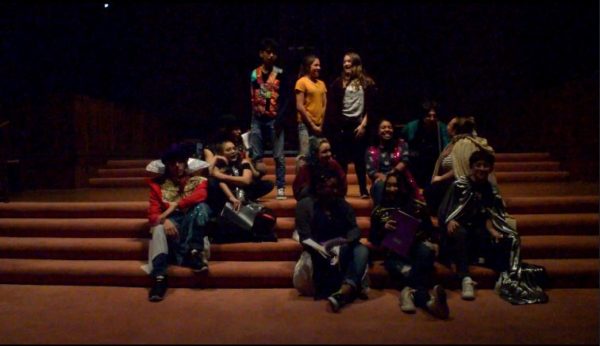 Kids-N-Co chose the musical Godspell as the El Paso children’s theater company’s first performance at First Presbyterian Church, the group’s new home. The play, written by Stephen Schwartz, interprets the Book of Matthew through acting, singing and dancing. “If seventeen-year-old blue-haired Jesus doesn’t float your boat, that’s okay,” said director Rachael Robbins, 22. “It doesn’t float my mom’s boat either. She might not come to see the show but that’s okay because that’s everyone’s personal interpretation and this is my interpretation and this is my cast’s interpretation.,”