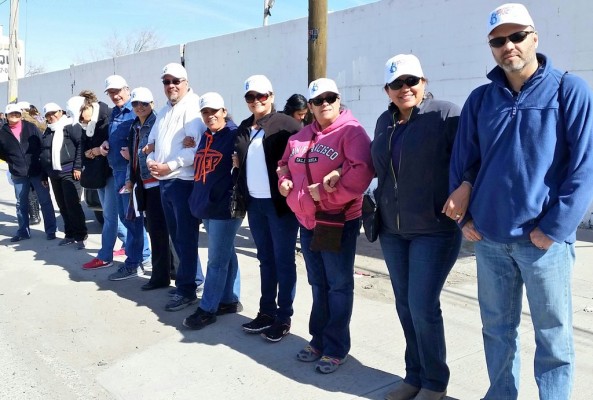 JUAREZ — El Paso resident Rafael Sañedo, 21, drove cautiously down several Juarez city streets on a recent Sunday as he headed toward San Lorenzo Plaza to rehearse his part in the 25-mile-long human chain that will greet Pope Frances when he arrives in Juarez Wednesday to deliver a historic Mass at the old Juarez Fairgrounds, called El Punto. “Juarez has changed a lot throughout the years,” said Sañedo, a pet store employee, who has not crossed an international bridge from his home in El Paso into Ciudad Juarez for the last decade. The last time he visited Juarez was to see his grandmother before she died. “She was the only reason why we even came, so after she passed away there was no reason for me to come back,” he said. Several weeks ago Sañedo had a change of heart when, after attending Mass at Saint Mark Catholic Church in east El Paso, he heard an announcement asking for volunteers to help form a human wall, referred to as lLa Valla.