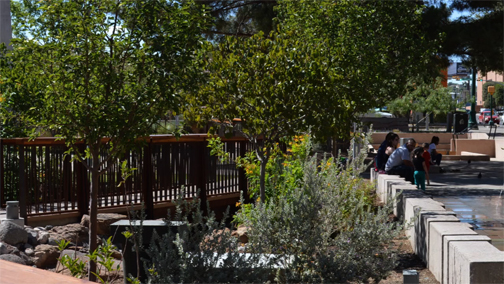 After three years spent renovating the San Jacinto Plaza, the heart of downtown has officially captured everyone’s imagination once again. El Paso’s oldest area of the city has now become one of its newest attractions. What used to be just “Los Lagartos” is now something more than a park that many years ago displayed as many as seven live alligators at one time. “It’s really nice, there’s a lot of shade for people to sit around, walk and enjoy their time here,” Estrella Gonzalez said. “Today me and my friend came to a Pokemon hunt with the new Pokemon Go game.”
Pokemon Go is a popular and rapidly growing mobile device game that focuses on finding characters in various places and locations in a city or community.