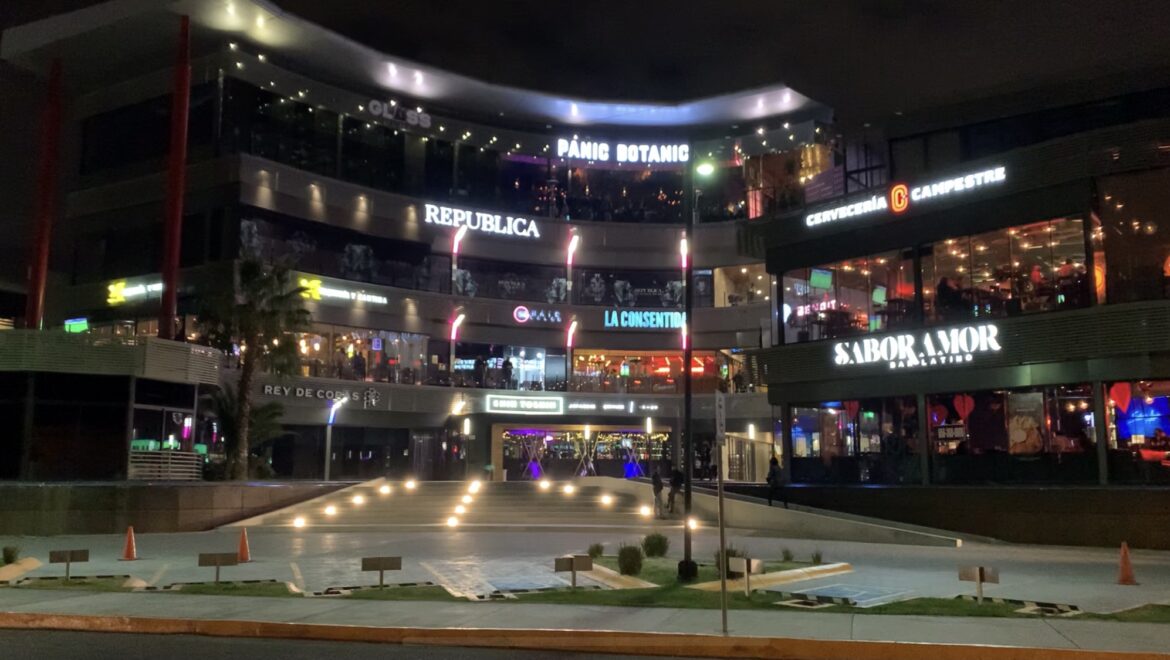 The COVID-19 pandemic affected a wide range of businesses during the past year, especially nightclubs in Ciudad Juárez but some businesses found ways to reopen and adapt. Now, they’re faced with a new health order limiting hours and capacity and forcing some to close their doors once again as cases and hospitalizations spike.

Nightclubs and restaurants have looked for ways to stay in business.

“We had to turn everything into e-commerce we tried to sell remotely and reach the customer ourselves, said Pepe Hernandez, a founder of “Punto Unión,” an upscale property with restaurants, bars, and nightclubs.

The months when businesses were forced to close under a health mandate to slow the spread of COVID-19 were difficult.

“The entertainment business ended, so we did it through other brands; we launched a sushi brand, mixology courses, food, and some businesses we turned completely into something new, ” Hernandez said.

“Plaza Portales,” another upscale commercial center that attracts a young crowd with trendy restaurant bars and nightclubs also had shut down at the beginning of the pandemic. But it and other places reopened as restrictions were slowly lifted in Ciudad Juarez.

Mexico has an “epidemiological traffic light” system that indicates the level of risk and restrictions for business activities. The lights indicate levels range from red, the most restrictive, to green, the least restrictive. While Juarez had been allowed to operate under a yellow light, the rest of the state of Chihuahua was in the orange light category. The lights can fluctuate depending on COVID-19 deaths and infections.

The yellow light level meant many businesses in Ciudad Juarez were operating with health and safety protocols like masks, social distancing, and limited capacity depending on the type of establishment. There were more activities but also many precautions for bars and nightclubs that sell alcohol.

At midnight on April 23rd as COVID-19 cases and hospitalizations spiked, State Health authorities ordered a weekend shutdown of non-essential businesses that included restaurants and bars through 6 a.m. Monday. The orange light level is now in effect in Ciudad Juarez forcing bars to shut down. Restaurants can operate at reduced capacity, 30 percent inside and 50 percent outside, and must close by 10 on weeknights and 11:00 pm on weekends

Health protocols were already in effect with many places checking temperatures and ensuring customers have masks on when they arrive. Most businesses also have a floor mat soaked with disinfectant at the entrance people step on before walking into the building. There’s plenty of hand sanitizer available inside and some places use digital menus so that customers don’t have contact with a physical menu.

“Last year, we were open for three months in which we had opened under the yellow traffic light with 30% of the total capacity,” said Marco de la Fuente, director of operations and public relations for Plaza Portales. “It lasted those three months, and then we returned to the traffic light red,” he said.

Bars were allowed to reopen if they also provided food. But under the orange light, some of these businesses were forced to close again. Many restaurants and nightclubs that cut staff as they coped with a drop in sales and uncertainty.

But others moved forward with their plans. During the first weekend of February, a new restaurant-bar called “Panic Botanic” opened.

“It was not going to open until we were on a green traffic light, said Marco. But the owners went ahead “to generate sales and money to pay expenses,” said Marco.

Panic Botanic has been able to attract a clientele eager to try a new place. As customers from Juarez and El Paso ventured out, nightlife on the border was slowly returning.

Heriberto Perez studied multimedia journalism at UT El Paso. He served as a multimedia reporter on the spring 2021 Borderzine staff.