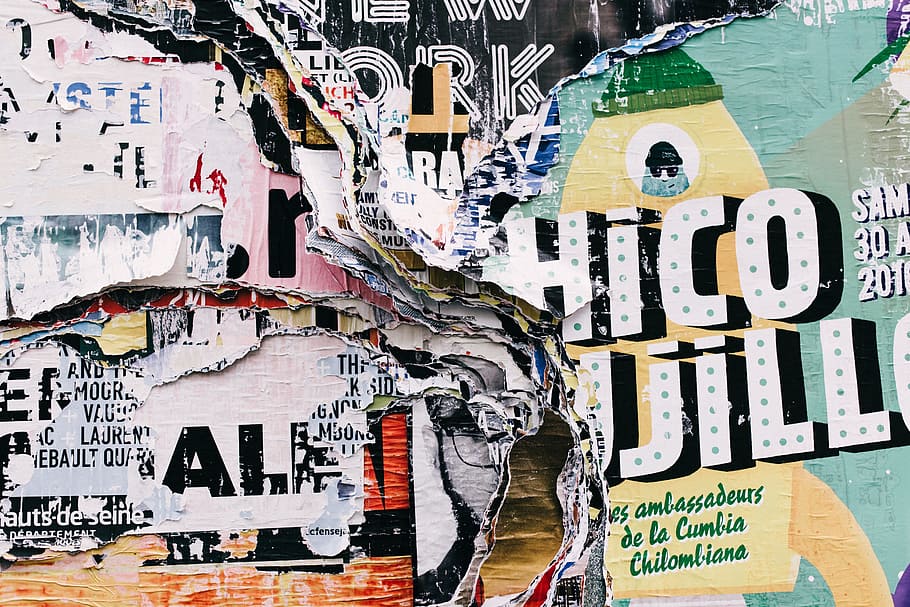 Brands such as Nike and Adidas to PG Tips and Space NK have been expressing solidarity with the Black Lives Matter movement by issuing statements and adverts of support – from Nike playing with their memorable tagline of “Just Do It” by asking consumers “for once, Don’t Do It” to the #Solidaritea hashtag taken up by many tea brands. Many of these messages have been accompanied by promises to take a hard look at each company’s history and current working practises to see what changes can be made to address structural racism.

The idea that we need to decolonise various areas of society is finally growing. But the idea itself is, of course, nothing new. Calls and attempts to decolonise curriculums, public transport systems, museum collections, healthcare systems and so on have been around for a while, but finally many appear to be taking it a bit more seriously.

Decolonising involves removing or rewriting rules and concepts left by colonial-era thinking that still control or influence society. And, of course, this means basically every sector of society. It is an idea that is becoming more widespread. But even though brands are stepping up and making statements, the broader industries behind these messages also need interrogating. Decolonisation, for example, is rarely discussed in my field, advertising – and it needs to be.

American city dwellers, for example, usually see 5,000 adverts a day and many contain messages that reinforce colonial thinking. Adverts reflect what a society thinks about itself. One study found that white advert characters are more likely than characters of colour to be depicted as having an occupation. Such subtle racist and gendered stereotypes are common in adverts around the world.

A poster campaign from earlier this year by the Mexican department store chain Sears, for example, shows an indigenous woman selling bracelets next to a tall white woman. Another shows a white man looking down at another indigenous person, the headline reading “Vacations”. 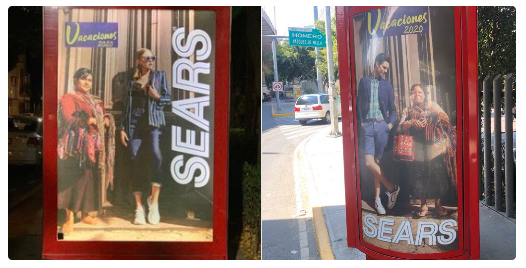 White superiority is implied in these adverts. The differences between “primitive” clothing and contemporary fashion are highlighted, something that the man’s downward gaze and woman’s nonchalance further emphasise. These adverts also objectify indigenous peoples as something to be looked at on holiday. Someone to take a selfie with, like an animal at the zoo. Sears didn’t remove the ads. The store responded to complaints by tweeting that it celebrates Mexican culture.

One advert that drew particular attention in the UK and US was the 2017 Dove ad that showed a black woman removing her brown top, revealing a white woman underneath. Although this was not the intended message, it could certainly be read to imply that by using Dove the consumer can become “white”. This upset some consumers who felt that Dove was referring to old colonial-era soap ads that portrayed black people as unclean. Dove removed the ad and started reviewing online content.

And a recent Dolce and Gabbana social media campaign, created in Italy for the Asian market, featured a Chinese model attempting to use chopsticks to eat Italian food, looking fabulous in her D&G clothing. This deeply offended Chinese luxury consumers. The ads were taken down and D&G sales drastically dropped, as celebrities withdrew their support for the brand.

These cases show that advertising needs to be decolonised: it can and does support discriminatory thinking – thinking that often has its roots in the colonial era.

I am considering how we can remove such thinking from advertising, and there are a number of steps I think the industry should take.

The most obvious place to start this is within universities, which are already taking steps to decolonise other subjects, from history (more of a focus on colonial histories) to literature (moving beyond the set “canon” of what are often white male writers) and design (creating a space for designers working outside the confines of the Anglo-European sphere).

But most marketing courses have not yet taken such steps. It should become standard practice for marketing courses to emphasise how advertising not only persuades consumers but also influences society. Just as today we laugh at ads from the 1950s and their reflection of negative gender stereotypes, such as women stuck at home doing the washing, or not being able to drive correctly, the same exercise will certainly be done in 2050, analysing our current advertising. Advertisers had better be prepared – and bear this in mind.

A change is also needed within actual advertising agencies, which are dominated by white men in top positions. Even though more women are obtaining these roles, there needs to be more of a gender balance, and far more racial diversity is needed. This will help encourage inclusive messages. In the UK, the Advertising Association has just released a report on diversity and inclusion concluding that the challenge is to ensure the industry is one in which Black, Asian and minority ethnic (BAME) recruits can prosper.

In addition, the companies paying for advertising need to change by practising what they preach. This means that they need to follow through and act on their recent messages of solidarity.

Take Nike’s “Don’t Do It” ad. This is a good example of a brand calling attention to racism in society. But this, too, has been controversial because even though Nike has supported black athletes over the years, the company has been questioned over its lack of black representation on its leadership team. Brands associating themselves with racial equality need to back words with actions.

Finally, regulatory bodies that govern advertising should be more proactive, creating specific rules that guide the ad industry before adverts become offensive. This might involve introducing regulations around reinforcing the concept of white superiority. The UK’s Advertising Standards Authority has attempted to be proactive in this way, with the negative stereotypes rules that banned two ads in 2019, including Volkswagen. So this is a step in the right direction.

Of course, all of these steps will also feed into the efforts to decolonise elsewhere. The process of decolonising institutions will create a more egalitarian society – so this is something to strive towards.

Your gift is doubled if you give by Dec. 31!

Click here to donate to support journalism education on the border