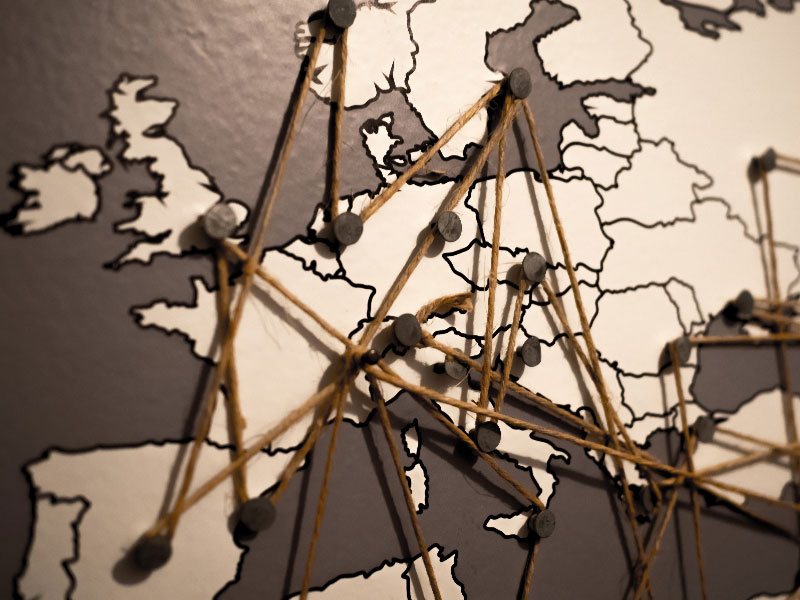 As the coronavirus spreads around the globe, it’s being characterized by media and politicians alike as an “invisible enemy.” People are afraid others may carry the virus but not show symptoms of the disease it causes – especially strangers, who may or may not have taken proper precautions against spreading the disease. It is this fear of strangers that causes people to be on heightened alert for anyone who might be somehow different.

In some cases, the differences are visible, matters of physiological appearance and perhaps dress, leading to the racism and general fear of foreigners that has seen Asians attacked in Australia and the United States, and Africans kicked out of their homes in China.

As researchers of people’s language differences, we find that our preliminary research and anecdotal evidence reveal another sort of discrimination, which happens when people’s differences are audible, not visible. Studies have shown that the language or dialect a person speaks is far and away the most important marker of group and national identity, and is the means by which people can immediately and accurately recognize strangers among them. In the coronavirus pandemic, we have seen discrimination against people who speak a language or dialect associated with an epicenter of infection.

People speaking differently have been denied restaurant service or lodging, lost access to public transportation, and even been physically assaulted. Those targeted have included Chinese people who speak with a Wuhan accent who are in other areas of China; people who speak Mandarin, the official language of the mainland, in Hong Kong, where Cantonese is more common; Italians in other countries; people who speak Italian dialects while traveling outside of their home provinces – and even Americans traveling in their own country.

In work initiated by Kathryn Watson, an undergraduate at the University of South Carolina and a staff researcher in the university’s Language Conflict Project, we have begun a more extensive effort to collect data on linguistic discrimination during the coronavirus pandemic. We do expect language and dialect prejudice will be less prevalent than racism, but we don’t think it should be ignored.

In popular vacation destinations in New England, fear of the virus has made locals hesitant to welcome New Yorkers fleeing the pandemic’s U.S. epicenter, and they have urged wealthy out-of-towners, who are mostly white, to stay away. As a result, New Yorkers seeking refuge face backlash from local residents, who have no trouble picking them out and turning them away.

In some places, police have contacted people driving cars with out-of-state license plates, but when people aren’t in their cars, it can come down to how someone talks. As one Cape Cod store manager pointed out, New Yorkers’ unmistakable accents can be “very different from the New England accent.”

Concern about just this sort of prejudice silenced a University of South Carolina student from Connecticut in March. Southern attitudes toward Northerners aren’t always favorable, and the coronavirus outbreak in New York City hasn’t helped.

The student was in a Myrtle Beach, South Carolina, convenience store when a local man declared to the cashier that state troopers should be stationed at the state line, prepared to shoot anyone trying to enter the state with a “Yankee” license plate. The student told researcher Watson he feared his accent might incite violence, so he remained silent until the man had left.

Not from around here

In Hong Kong, around 90% of the population speaks Cantonese. Many of the city’s natives already viewed Mandarin, China’s official language, as an outsiders’ tongue.

Now the city’s residents have explicitly linked Mandarin with a threat to public health. More than 100 restaurants have begun refusing service to Mandarin speakers. Many Hong Kong residents, already upset with the Chinese Communist Party’s crackdown on the city’s democracy movement and wanting to keep mainland Chinese people out, “have joined together in calling for the border’s closure” entirely.

Even within China itself, The New York Times reports, “people listen for accents distinctive to Hubei Province, the center of the outbreak, and shun residents: avoiding them on public transportation and denying them entry to restaurants and other public spaces.”

In Europe’s biggest virus hot spot, Italy is equally divided. When the government announced new restrictions at the beginning of March, throngs of southern Italians living in the north attempted to flee to their family homes in the country’s rural south, potentially bringing disease with them. Our research has found that some of these people attracted the authorities’ attention by posting on social media – speaking with obvious southern accents – that they had escaped from Milan to be back with “mamma in Sicily.”

At the same time, some Italians from the north who dared to venture abroad risked assault if they spoke their native language. A man from Trieste, Andrea Premier, slipped over the border to Ljubljana, Slovenia, for a weekend back in March. When locals heard him speaking Italian, they shouted “Italiano coronavirus” while beating and robbing him.

As the virus spreads, so will fear of people from hotspots. We expect incidents like these will continue.