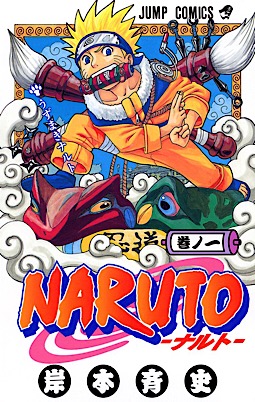 Anime is a style of film and television animation, typically aimed at adults as well as children. The Dragonball series is arguably the most popular of the genre today. The list below is for the anime novice that is interested in watching anime, but does not know where to begin. The order does not necessarily mean rank.

Naruto along with the follow up Naruto Shippuden is arguably top 5 anime of all time. If there is an anime that I could recommend that I am almost certain you will like, it has to be Naruto. The show tells the story of Naruto Uzumaki, a young ninja who searches for recognition from his peers and also dreams of becoming the Hokage, the leader of his village. This is the show that really got me into anime and made me want to explore different anime. The only knock on the show I’d have is all the filler episodes that come with it. At the beginning I would just watch them, but then I just got accustomed to skipping them since they didn’t have anything to do with the main storyline. There are episodes currently available to stream on Netflix, Hulu, and Crunchyroll.

Attack on Titan is hands down my personal favorite. The twists and turns in this show are what got me hooked. Another thing I like about the show is the creepiness that the titans add. Attack on Titan is set in a world where humanity lives in cities surrounded by enormous walls that protect the humans from gigantic man-eating humanoids referred to as titans. The story leaves you wanting to see more and more. Typical of animes, many of their episodes end with cliff hangers. I don’t want to give a lot away, but I 100% believe this show is worth a shot. I was hooked off the ending in Episode 1. There are episodes currently available to stream on Netflix, Hulu, and Crunchyroll.

Never in my life would I have imagined myself enjoying a show with a bald headed hero, but this was all before I watched One Punch Man. The humor in this show reminds me of similar humor found in another popular show, The Office. If I’m not laughing, then I’m enjoying a fight scene. This show tells the story of Saitama, a superhero who is bored from the absence of challenge in his fight against evil and seeks to find a worthy opponent. The message preached throughout the show of sheer hard work and no gimmicks or magic spoke volumes. There are episodes currently available to stream on Netflix and Hulu.

I tried to start this show once, but I couldn’t really get into it. Then months passed and I decided to really try to watch the show. After really sitting down and taking the time to watch My Hero Academia, the show became one of my sleeper anime. This story follows Izuku Midoriya, a boy born without superpowers in a world where they have become common, but who still dreams of becoming a hero himself. The theme of pursuing your dreams despite all odds is definitely one of the many things that got me hooked to this show. There are episodes currently available to stream on Netflix, Hulu, and Crunchyroll.

When I think of Hunter X Hunter, creativity comes to mind first. The story focuses on Gon Freecss, who discovers that his father – who he was told had left him at a young age – is actually a world renowned hunter. A hunter is a licensed profession that many aspire to be in this anime. Gon goes on a journey to become a hunter and find his father with many growing pains along the way. If you like to think and multiple angles this is a good anime to watch. There are episodes currently available to stream on Netflix, Hulu, and Crunchyroll.