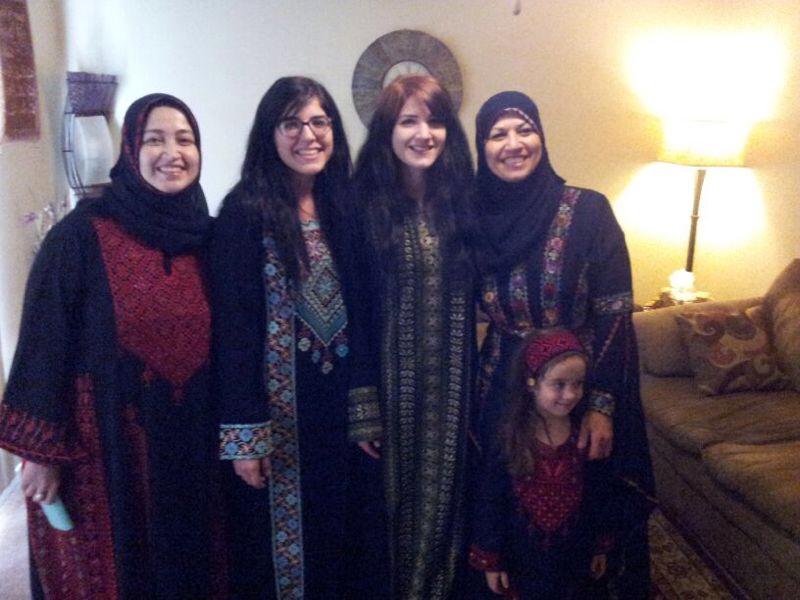 Celebrating the Eid with my family in El Paso Photo credit: Summer Masoud

In 1979 my Palestinian father immigrated to the U.S. for school. He was 18 years old, spoke no English and had no money. He graduated from UTEP with a degree in Civil Engineering and has lived in El Paso for over thirty years. He loves the Sun City with all his heart.

You wouldn’t think of El Paso, Texas, and Palestine as having anything in common, but you’d be surprised how similar these two regions are. On the surface, they look the same. My father often jokes that’s why he chose El Paso to begin with. Both areas feature a desert landscape with craggy rocks and spindly shrubs. Both regions have a contentious dialogue surrounding their borders. In the last few years, El Paso has become a part of the national conversation surrounding border issues and undocumented immigration. Now, as Latin American migrants attempt to seek asylum here in the United States, the political conversation has devolved into two sides: border security and human rights.

For Palestinians, walls and borders are all too familiar. The Israeli occupation of Palestine is a decades-old conflict involving the expansion of illegal settlements and borders by the state of Israel into Palestinian land. As tensions rise in Palestine, it becomes increasingly more difficult for Palestinians to live normal lives under the thumb of the Israeli Defense Force.

Growing up Palestinian in El Paso has shaped my political and social views of the world. I have a better understanding of how issues often portrayed merely as political issues are deeply rooted in human rights issues. The mainstream rhetoric surrounding the Palestinian – Israeli conflict depicts Palestinians as violent terrorists who have shattered the Israeli state’s sense of security in peace. The historic and current reality of the situation is that the nation of Israel has unfairly and illegally occupied Palestinian land, driving families out of their homes, building walls to separate Palestinians from Israelis, and pushing farther into the already diminished Palestinian land with illegal settlements.

Growing up almost my entire life on the El Paso/Juarez border has showed me the actuality of the situation. El Paso and Juarez are sister cities and the border blends to create a culture of harmony between Mexicans and Americans here. Conversations switch fluidly between English and Spanish. Pesos and dollars can be interchanged in many shops on both sides of the downtown international bridge. Most people in this region would agree that it is our relationship with Mexico that makes our city one of the safest in the United States.

In many ways, I have grown up with two identities that conflict with the mainstream’s perception of them. This has taught me a lot about seeking all sides to a story before making a decision about my stance on an issue. Celebrating the Eid with my family in El Paso Photo credit: Summer Masoud

In the last decade, many of my Palestinian family have immigrated to the United States and settled in El Paso. For Palestinians, discrimination is the norm. Yet, in El Paso they encountered nothing but acceptance and a sense of community. El Paso is predominantly Latino, but there’s a large Muslim population in the city. In may ways El Paso represents a brighter future for the United States, a city where all people are accepted and can succeed.