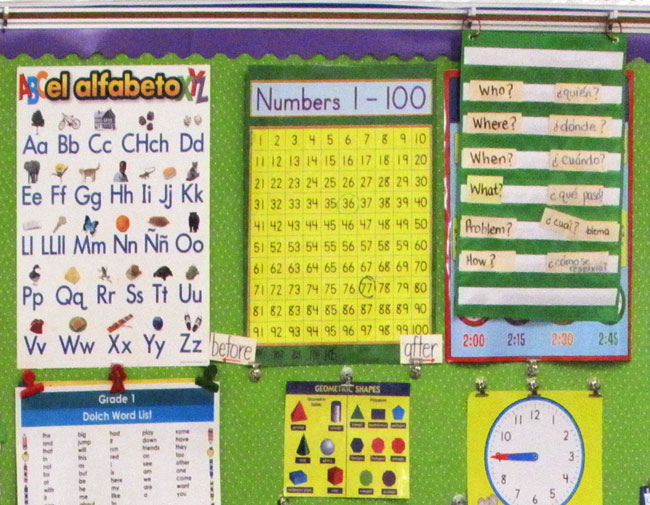 Noam Chomsky, an American linguist once said, “I’m about as monolingual as you come, but nevertheless, I have a variety of different languages at my command, different styles, different ways of talking, which do involve different parameter settings.”

Though powerful, this quote only speaks to me on a visual level. Growing up living in El Paso all my life, I’ve learned that being monolingual comes with many issues down the road.

In El Paso, it’s not mandatory to know Spanish to get a job or be included but it’s highly recommended. Hispanic students at UTEP make up 77 percent of the school’s population. El Paso, in general, is mostly made up by Hispanics. According to city data, El Paso is 80.7 percent Hispanic. Two women talk with each other in San Jacinto Plaza in the afternoon January 27, 2018. Photo credit: Ryann Ellis

Unfortunately for me, I’ve only got English and Korean. However, in the El Paso region, Korean might as well be an alien language.

I’ve applied for several jobs in my 25 years of life, but what has set me back is the fact that I only know basic Spanish words such as hola, como estas, mi números, donde estas el banjo, y adios. I can’t hold a full conversation with someone besides what is listed.

This is problematic because even though no application explicitly says you need to know Spanish to get a job, 9 out of 10 employers will probably choose the employee who can. This ostracizes many people in the borderland especially considering Fort Bliss sees so many individuals come in to town who don’t speak Spanish.

When I was working at a hospital, the woman who trained me only spoke Spanish which posed a huge issue when explaining how to properly clean the rooms. What made it more difficult was the fact that we were mixing cleaning products. I could only identify the products by color, but not by name.

While I was still able to go about my duties, when I asked for a different trainer the only option was to be put with someone else who only speaks Spanish.

So it’s clear that being monolingual in the area seriously affects those trying to get a job, but what happens when you move away from the border?

Danni Duran, a nurse at the Santa Teresa Rehabilitation Center said that she’s been kicked out of patients rooms for not speaking Spanish and that CRNs have had misunderstandings in the workplace because of language barriers.

Kristi Valenzuela, a former El Pasoan who moved to Indiana shared her experience with customers, “Moving up north surprisingly had no change. I encounter the same amount of people who speak Spanish but it’s different because they’re Puerto Rican.”

Kristi works at a casino in Chesterton, Indiana and said due to her line of work she is required not only to know Spanish but three to five other languages and has been berated for not being able to speak any other languages besides English.

So what if you can’t speak Spanish? I suggest keeping going and walk past those looking down on you for it. Yes, it’s important to be able to speak more than one language, and personally, I highly recommend getting out there and learning something that interests you. But not being able to speak Spanish shouldn’t stop you from achieving that dream you’ve been striving so hard to get.