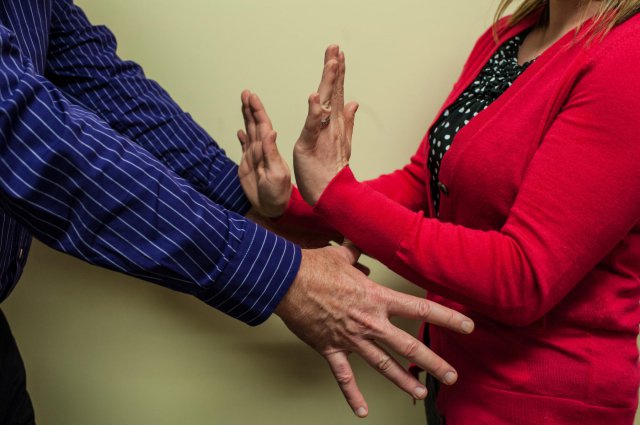 Over the past few months since The New York Times published allegations of sexual harassment and assault against Hollywood Producer Harvey Weinstein, women have begun coming out in droves to speak out about sexual assault they have endured. And, ever so slowly, men in powerful positions in Hollywood, the media, politics and television that may have long gotten away with #NSFW behavior for decades are now finally paying a heavy price.

More women are mustering up courage to come forward, but most instances of sexual misconduct still go unreported to police. Reports from rainn.org also bring up a startling statistic – only 310 out of every 1,000 sexual assaults are reported to police, or two out of every three instances go unreported. Reasons survivors gave for not reporting the incident included being fearful of retaliation, believing the police would not do anything to help and believing it was a personal matter. While there have been some sexual abuse accusations by women that were later determined to be false, these cases are few and far between compared to the recent rash of prominent and powerful men who have had to resign or been fired from their jobs when accusations against them surfaced.

What is also disturbing, although not new, is the frequency with which sexual assaults happen in the workplace, according to surveys.

In some cases, women have complained of a variety of sexual misconduct deeds, among them walking nude in front of female employees, unwelcome sexual advances, requests for sexual favors, threats or bribes for sexual activity, sexually explicit jokes or comments, and unwelcome touching, as noted by the American Association of University Women (AAUW).

While men are now being exposed for indecent behavior and being publicly shamed, giving women the platform and courage to speak out, is helping spark a no-tolerance movement against sexual improprieties in society.

I remember a time when an unwanted shoulder rub or a suggestive comment by a supervisor or coworker would force an awkward laugh and a quick escape to a different location in the workplace. But now I am not afraid to tell an often older male boss or coworker that I am not comfortable with a hug or a kiss on the cheek in the form of a greeting.

I do not need my shoulders rubbed no matter how long I was “hunched over my keyboard.”

I don’t mean to compare the inappropriate comments I received years ago from a co-worker with what has happened to the victims of the famous men in Hollywood or the media. But I believe that a level of professionalism should always be maintained in the workplace. If an act, verbal or physical, makes you uncomfortable, it should be addressed.

I am hopeful that younger women just entering the workforce will now be able to confidently stand up for themselves without a second thought about how their public allegation of sexual misconduct might affect them and their career in the long run. It finally seems there are real consequences for sexual harassment and inappropriate behavior no matter how powerful the perpetrator.

The trending hashtag #MeToo shows just how widespread instances of sexual misconduct are, as millions of women, including Olympic athletes, actresses, magazine editors and authors have used the hashtag on Twitter, Facebook and Instagram to share their disturbing accounts.

The recent flood of sexual assault allegations might have men “looking over their shoulders” and wondering if they’re next. But there is a simple answer to the question: Have you ever sexually harassed or assaulted a woman?

If the answer is no, then there is no need to worry.

If the answer is yes, then you should definitely worry.