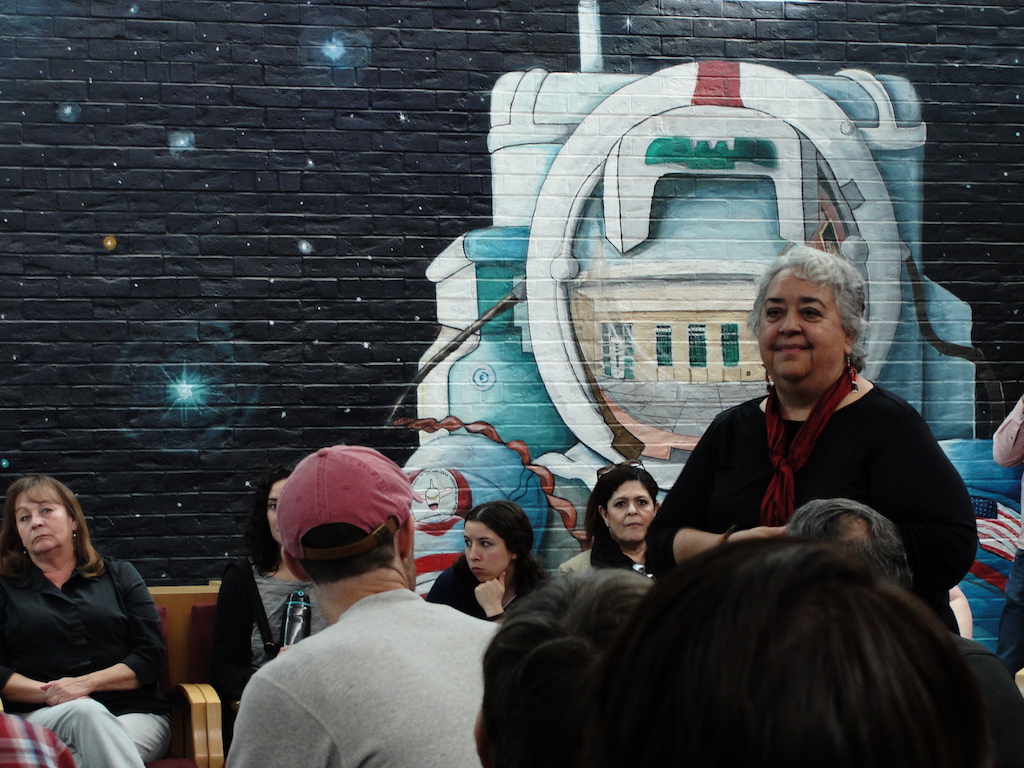 Boundless Across Borders, a non-partisan coalition of community leaders across the Rio Grande, met for the first time with the intent of improving civic involvement among it members and El Paso residents.

“We’re trying to activate people who have not been active before; to come to the table and say ‘Sorry I haven’t been around before. What can I do?,’ ” said Xochitl Nicholson, a member of Boundless Across Borders and an organizer of the event.

Community leaders discussed city needs with the 100 plus attendees. The organization, launched in January, aims to create actions and events that will allow the public to respond to national and state policies that affect the U.S.-Mexico border region.

Postcards were provided for the participants to write their concerns and requests to state representatives. The event, part of a national campaign of the Women’s March, was well received, organizers said.

UTEP professor Yolanda Leyva, co-founder of Paso del Sur, was one of the three community leaders, discussed the displacement of residents of the Union Barrio after the initiative to build an entertainment arena in the downtown El Paso neighborhood.

The coalition is looking for ways to call attention to the White House’s relationship with Hispanics and Mexico. During the election campaign, President Donald Trump referred to Mexican immigrants as drug dealers and rapists and repeatedly called for building a “beautiful wall” along the 2000-mile border to combat undocumented immigration and drug trafficking.

“After the Women’s March, we had hundreds of people that wanted to come forward and volunteer and wanted to be pointed in the right direction,” Nicholson said.

One of the priorities of Boundless Across Borders was to connect people at the meeting with other groups in the city. They also want to make El Paso residents aware of how national policies affect border residents. The organization collected more than 100 names and emails to send out future announcements of the group’s events and other activities. You find can them on Facebook @boundlessacrossborders.

Veronica Martinez is a research assistant in the Women’s Studies Center at UT El Paso.