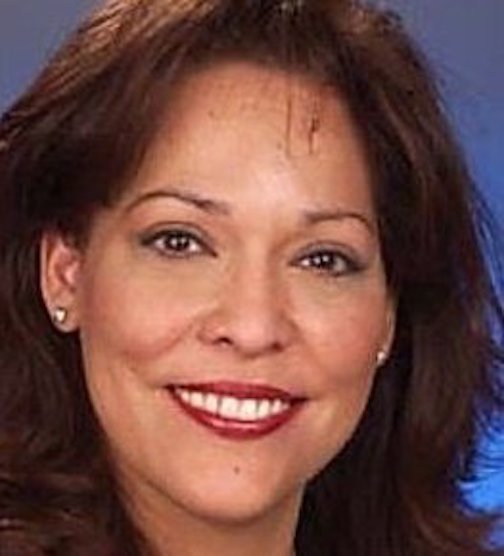 Lilia Castillo Jones is driven, has quickly forged relationships with members of the community and, after many years of media industry experience, is taking the helm as the first woman president of the El Paso Times in its 135-year history.

Jones began her appointment at the Times in September and quickly began making her mark.

“Lilia has a strong commitment to the important role the media plays for the community,” said Robert Moore, editor of the El Paso Times. “She is passionate about generating the revenue we need to do the important journalism for El Paso and the New Mexico communities we serve, she also has a wonderful sense of humor.”

In addition to being president of the El Paso Times, Castillo Jones oversees the seven partner newspapers based in New Mexico and their web sites, including the Las Cruces Sun-News and others.She is responsible for the revenue and digital growth of the organization’s advertising and circulation products.

“We also work with community leaders and organizations in telling their stories and initiatives,” she said. “Lastly, we provide strong community news and investigative reporting for the areas we serve using our newspapers, websites and social media.”

Castillo Jones has only been on the job a few months, but has already begun to establish new relationships with some of the El Paso Times’ largest advertisers.

“Lilia is strong and understands the journalism side of the business as well as the advertising side,” said Dino Chiecchi, a UTEP multimedia journalism professor who worked with Castillo Jones at the San Antonio Express-News.

“She’s tough, but one of the fairest people I’ve ever met. She is smart, but also has a huge heart. She works well with others,” he said. “She not only knows the print side of the business, but is a leader on the digital side of the business and understands its progression.”

Born and raised in Dallas, Castillo Jones graduated from the University of Texas at Arlington. She took her first job when she was 17 years old and began in advertising. Throughout college, she held a receptionist position at the classified call center at the Dallas Morning News.

After finishing college, she went into sales management and held a variety of positions at the Dallas Morning News, the Oklahoman and the San Antonio Express- News. She loved the energy of the news business and the fast-paced environment generated by the daily deadlines and eventually began working as a publisher for the Valley Morning Star in Harlingen, Texas.

Now at the Times, Castillo Jones said she finds motivation in watching others succeed. She enjoys seeing the pride that others have in their work.

She credits her father for keeping her grounded, along with her many professional mentors who gave her different perspectives on management, leadership and sales.

Because of this I learned early to surround myself with talented people that have a variety of strengths and who may be smarter than I am at different tasks,” Castillo Jones said.

One of her main challenges at the Times is appealing to new audiences and mediums. As readership shifts from the newspaper to web, Castillo Jones said the Times is prepared for that shift.

“This is a changing industry, and while our circulation has declined, we have expanded our footprint through our websites, this has allowed us to increase our reach and grow a new audience,” she said.

“The industry has a stronger representation of women, now more than ever, I am the first woman publisher/president in the 134-year-old newspaper’s history and I believe there are several markets throughout the country that now have women in CEO/President positions.”