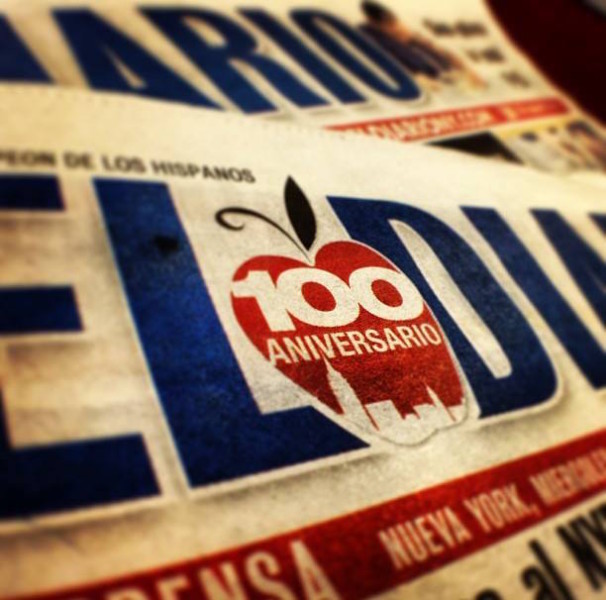 As the country’s oldest Spanish-language newspaper implodes, the story of its debacle keeps on adding pages.

On Jan. 15, another round of layoffs, the third in less than two years, hit the already decimated staff of New York’s El Diario/La Prensa and left jobless 13 of the last 35 people still working there. The newsroom was hit the hardest, swallowing six of those losses.

“The mood here at the paper isn’t somber, because there’s not even enough people to feel somber anymore,” said Óscar Hernández, salesman and union representative at El Diario.

In the year of its 103rd anniversary, the oldest Spanish newspaper in the country could soon join the legions of publications that have long ago ceased pouring ink onto paper, something even its current publisher, Gabriel Dantur, seems to hint at.

“For the newspaper equation to work, there should be earnings. And the truth is that since we took over four years ago, we’ve only been losing money,” he said in a phone interview. “Any enterprise is at risk and we’re working to keep printing the newspaper. These decisions are the only way we can keep a sustainable El Diario.”

In 2012, Argentina’s conservative La Nación Media Group bought ImpreMedia, El Diario’s parent company, hoping it could save it from sinking deeper into the red.

Instead, the newspaper, and its sister publications in Chicago, Los Angeles, Orlando, Houston and San Francisco, continued their downward spiral and the staff at all of these locations sustained one blow after another.

A shrinking number of journalists had to do more with less, as it usually goes in these matters, and the remaining reporters felt their work deteriorating into something they had a hard time considering quality journalism.

“We didn’t have time for our own stories. They wanted us just to follow what everybody else is doing and with that they just fill up the pages,” said Cristina Loboguerrero, who was laid off during the latest round after 20 years writing for El Diario. “With that kind of journalism, they lost greatly because the paper was not taken seriously anymore in many places and our community stopped getting the news they needed.”

“There was a time when the paper was influential. It was important endorsing candidates for mayor. It was the role it used to play. But it became less and less like that when it became corporate oriented,” said Angelo Falcón, president of the National Institute for Latino Policy, who has been chronicling the newspaper’s saga for the past couple of years in caustic commentaries in his newsletter.

And that irrelevancy is killing El Diario. But losing El Campeón de los Hispanos, as the paper is known, would not just mean adding a name to the list of publications fallen to the Internet. With only two reporters left to cover an entire city, there are those who think the Latino community will be left voiceless.

Although there are other Spanish-language newspapers in the New York metropolitan area, none of them has El Diario’s history or traditional reach.

“For a long while we haven’t seen the old emphasis, the old intensity in their journalism. And now the biggest fear is that they will pay even less attention to important issues for Latinos at City Hall and in Albany,” said Carlos Vargas Ramos, a researcher with El Centro de Estudios Puertorriqueños at the City University of New York. “That’s a shame.”

This impression echoes inside El Diario. Zaira Cortés, one of the last two reporters on staff, expects the workload only to increase while the quality of the print product will keep on sinking.

“I’m very concerned about having only two reporters at El Diario. They’re just going to put more pressure on us and give us a stricter deadline. Imagine, we’re two reporters covering the entire city for our readers,” she said.

Cortés, whose investigative pieces have won her recognition in and outside El Diario, remembered that five years ago there were 10 reporters covering New York, but with every round of layoffs the pressure and the chaos of reporting have grown.

“Even back then the workload was immense. Then we shrunk down to four (reporters) and they gave us the work of those who were let go, because the news didn’t stop,” she said. “Now we’re down to two reporters and I don’t even want to think what’s going to happen when somebody gets sick or goes on vacation. We’re already leaving aside important work just to fill pages.”

For Dantur, ImpreMedia’s CEO, the image of El Diario is far from tarnished and he is certain that La Nación’s tenure at the helm of the company has yielded some not so sour fruits.

“I believe that the opinion of our adversarial relationship with the community is very subjective. I don’t believe that our administration has damaged the brand of El Diario. We’ve had some achievements. Today, we have a better product than what the readers could get four years ago,” he said.

[El Diario recently published a statement in defense of its business strategy.]

The changes, whether they have resulted in a better product or not, have not been able to save El Diario’s ship from an impending wreck. That seems to have prompted City Council member Carlos Menchaca (D-Brooklyn) to write an op-ed that appeared in El Diario, saying that ethnic media serves a vital role in communities whose primary language is not English.

“There’s not only doubts about whether El Diario’s print issue survives the year, these cuts will leave their website with fewer original local stories and more generic content from other outlets. If we lose the newspaper, thousands of Spanish-speaking New Yorkers who do not have daily access to the Internet will be left out, without the news they need to know about what is happening in their communities,” Menchaca wrote.

In his piece he stated that he would host a hearing on the state of ethnic media in the city this at City Hall. The event will be preceded by a press conference with Council member Menchaca and other figures.

Whether this hearing can help El Campeón de los Hispanos remains to be seen. It’s also uncertain if El Diario will be there to cover the story.

[Editor’s note: Gustavo Martínez Contreras, the writer of this article, was a sports reporter for El Diario from November 2012 to October 2015. The Center for Community and Ethnic Media, which publishes Voices of NY, has been invited to testify at the City Council hearing.]

Gustavo Martínez Contreras is a graduate of the UT El Paso journalism program who is now pursuing a master's in journalism at City University New York.