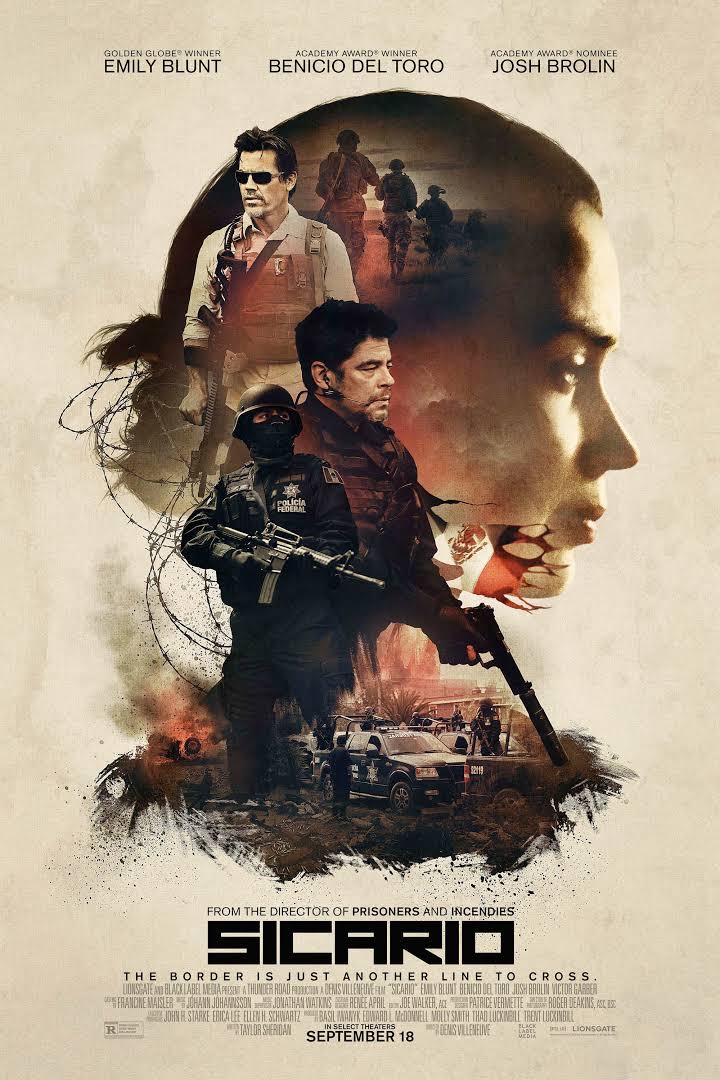 When it comes to films that deal with the topic of the drug war in Mexico, I expect to see factual information on film and not just an exploitation of the darkest periods the drug war has left in the country. But sadly Denis Villeneuve’s new film “Sicario” does just that.

The film’s trailer gives the impression that the film will be based on actual events that relate to the situation on the drug war, but instead it only takes certain violent events that occurred in the city of Juarez Mexico and depicts them as if they were daily occurrences.

Thanks to the poor preparation on the subject by the director, “Sicario” succeeded in wrongfully illustrating Mexico as a country in a constant state of war, while contributing to feeding the stereotype of the Mexican people as lawless savages.

The first part of the film centers on FBI agent Kate Macer (Emily Blunt) joining the DEA as an advisor. She is promised she will help find the person responsible for a mass killing she investigated in a suburban U.S. house .

We next see her in tactical gear along with a convoy of armed men entering Juarez, Mexico, with impunity – as if it were part of the United States – on a mission to extradite a felon. As they drive through the streets of Cd. Juarez, the film shows naked bodies hanging from bridges in a gimmick that seems like no one cares and such things are common sights in the city.

After Mexican federal police transfer the felon into their custody, the convoy pauses in line at the International Bridge of the Americas on the way back to U.S. soil. Suddenly, the convoy is attacked by an armed pack of tatooed thugs. The attackers are not only bloodthirsty killers, but also apparently incompetent since they are wiped out in matter of seconds by the U.S. forces while the rest of people waiting in line don’t even get out of their cars.

These unrealistic moments made the film boring to watch. It was insulting to the audience I watched it with in a Juarez theater. It is outrageous to think that U.S. forces can just walk into a foreign country and kill without reprisal and not have anyone notice. As one of the American agents states, “it won’t even make the El Paso newspaper.”

It is no surprise that the film got immediate flak from Cd. Juarez mayor Enrique Serrano who tried to organize a boycott against the film.

“The film does not cite the facts as an historic affair, but as if it were something we live currently in our city,” Serrano told Mexican newspaper Universal. “The truth is that we are far from that point. It’s true we lived something very similar, but Ciudad Juarez it’s in a very different situation and as a Mayor I have the obligation to defend the image of our city.”

It seems to me that as the director, Villeneuve, would have done a better job if he had addressed why these problems occur in Mexico and how the United States contributed to the growth of the drug trade and the proliferation of illegal weapons in the country. Instead he chose to make the United States seem like an innocent neighbor and portray it as “savior,” a practice common in Hollywood cinema.

Instead of having the character of Benicio del Toro say to Emily Blunt “welcome to Juarez” when they see the bodies hanging off a bridge, the character could have told of how the violence was assisted by weapons that came to Mexico thanks to U.S. federal agents. The “Fast and Furious” program that began in 2009 was a scheme by the U.S. Bureau of Alcohol, Tobacco and Firarms to allow guns to be purchased and smuggled from U.S. to Mexico in hopes of following the trail back to cartel leaders. Instead, the program just ended up escalating the violence and ironically. having one of those same guns used to kill Border Patrol agent Brian Terry in 2010 in the Arizona borderlands.

Sadly the film centers on just being another Hollywood blockbuster that serves no social purpose but to provide the studios insane amounts of money and keep the public in misinformed and entertained.

While Benicio del Toro’s performance was outstanding, ‘Sicario’s” many flaws make it a waste of time and money.

Juan Raygoza is a Multimedia Journalism major at UTEP