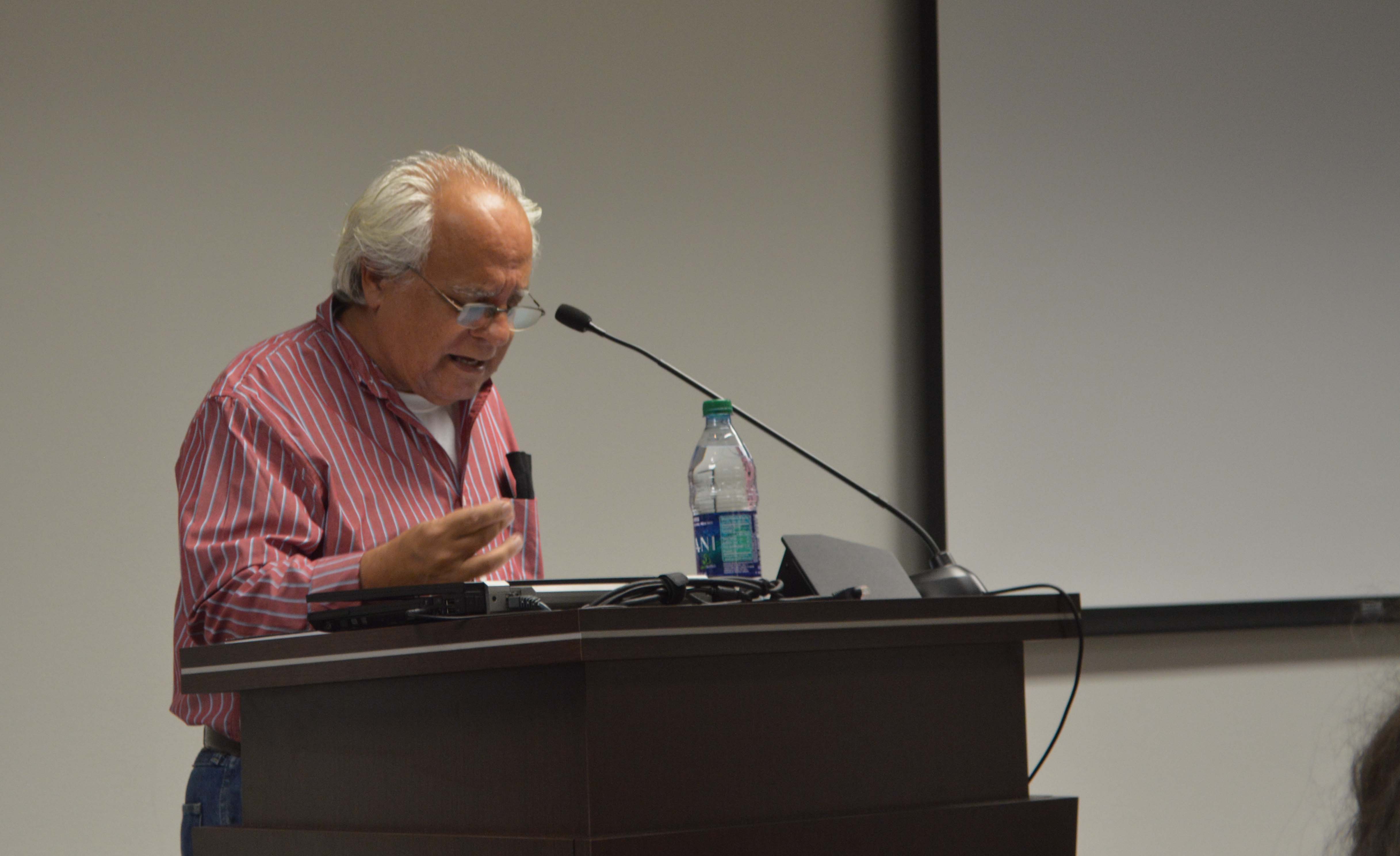 EL PASO — With the current expansion of its nationally recognized program, the Bilingual Creative Writing Department at the University of Texas, El Paso has created new opportunities for the students and the local community including an online MFA in bilingual creative writing that transcends typical collegiate writing programs elsewhere in the nation.

Recently, the department has brought in two prominent international poets, one from Cuba and the other from Spain, for poetry readings that drew several hundred students and local residents to the UTEP campus.

“The department of creative writing is making a great effort to bring important poets to our area especially those poets who are of special interest to our community,” said Cote-Botero.

Lorente is an award-winning poet and is widely known for Esta Tarde Llegando La Noche (Night Coming this Afternoon) which won the Casa de las Americas prize for poetry in 2004, and Mas Horribles que Yo, ( More Horrible Than I) which won the Critics Award in 2006. Lorente works as a literary specialist from the Cárdenas Municipality in the Matanzas Province of Cuba. He was scheduled to make only two appearances in the United States this year – in El Paso and Jacksonville, Florida.

“We were lucky to bring this Cuban poet. He was already in the states so we brought him to the border,” Cote-Botero said.

The September 23 lecture at UTEP’s Blumberg Auditorium was an opportunity for residents of the El Paso region to hear Lorente read his poems which reflect aspects of everyday life as a source for pure poetic experience. At his presentation to a packed room, he read his works in Spanish followed by the English translation by another faculty member.

“The secret to it all is reading and writing,” Lorente said. “I say this from experience. To achieve a completed work you have to write it several times.”

Cote-Botero said the faculty of the Department of Bilingual Creative Writing was delighted to have the opportunity to bring Lorente to the U.S., Mexico border region.

“This being a sensitive time for Cuba and United States relations we thought it would be a great idea to present this poetry reading and get a chance (for Lorente) to interact with the students as well,” said Cote-Botero.

UTEP’s Creative Writing Department is the only one of its kind in the nation to offer a bilingual master of fine arts degree completely online, allowing students to take the classes from anywhere in the world. It is also one of the few universities in the U.S. that offers an undergraduate degree in creative writing.

“We want students to be encouraged to write; to realize what a professional of the writing culture looks like, how they are able to address topics of interest that are related to their work and current issues,” said Cote-Botero. “We do it so students also get in touch with things that they are not so familiar with. That’s why we try to bring people from all over the world.”

After the hour-long presentation, Lorente offered advice to students to develop a discipline for writing professionally.

“You have to have a solid base of reading and practice writing continuously; don’t let yourself be fooled by the first couple of drafts. You have to keep writing until you find the right tone, the adequate language, and the one that sounds right to you.”

The lecture series is part of a larger outreach campaign by the UTEP Creative Writing program to help showcase writing in the Borderland. The department has a Facebook page (hyperlink here) and just launched a literary newsletter Border Writes, which is available for all students within the program.

Recently, the department also sponsored a reading by Spanish poet, Fernando Valverde, one of the most prominent young Spanish poets. He was nominated for a Latin Grammy for his poetry and flamenco collaborations and is also the director of the International Poetry Festival of Granada.