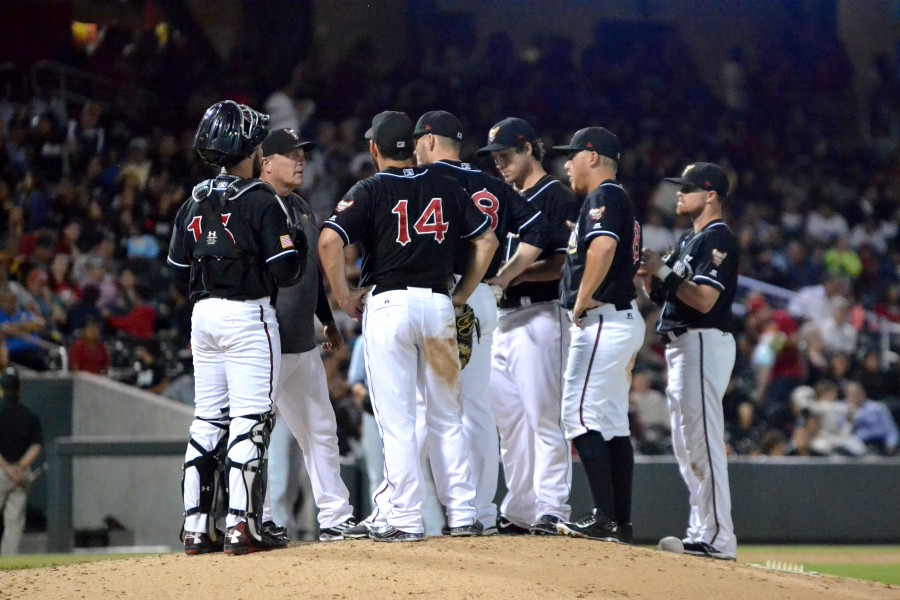 The El Paso Chihuahuas are back after what could only be considered a successful debut season for the Triple-A franchise. The beautiful new ballpark was a hit with locals and tourists, the initial name controversy simmered down and the attendance was through the roof. The brand new, state of the art Southwest University Park broke El Paso’s minor league single season attendance record half way through its first year, which might have played a part in the city receiving the Triple-A National Championship.

Now that the novelty is over, my fear is that casual fans will lose interest, especially if the team doesn’t win most of the time. The Chihuahuas did some winning in 2014, but also did plenty of losing. Unlike the shiny new ballpark and other buzz surrounding the franchise, the baseball aspect was not so impressive, with the team finishing with a 71-73 record and missing the playoffs.

In order to fully appreciate minor league games, fans should understand the uniqueness of the Triple A experience where team rosters can change suddenly and top players can be called up to the majors at any time.

Unlike every major professional sport in the country and around the world, the objective of a minor league club at the beginning of the season is not to win a championship—it’s nowhere near that. Of course the players and managers go out every night with the ambition to play at their best and get a win, but their main priority is to develop as players so at some point they can earn an opportunity in the majors.

So then what’s the point? Why go to Southwest University Park? Because it is a small market, El Paso is not likely to get a major sport franchise. So, a Triple-A franchise offers the opportunity to watch some top notch-talent up close and personal, even if they may just be passing through. Otherwise we’d have to travel hundreds of miles and spend a significant amount of cash to see that level of talent.

That’s the beauty of minor league baseball—one night you are at the ballpark watching a guy steal second against the Salt Lake Bees and the next he’ll be on your TV swinging the bat against the New York Yankees.

We got a taste of that last year when plenty of major league talent paraded through Southwest University Park’s bases.

Second baseman Joe Panik and outfielder Travis Ishikawa played 74 and 30 games, respectively, with the Fresno Grizzlies. By the end of the 2014 season, both had been called up by the San Francisco and remained on the roster throughout the Giants’ championship run.

Panik started in all seven games against the Kansas City Royals for Major League Baseball’s most coveted prize. He had a batting average of .222 during the series, became the first rookie since 1924 to hit a triple in a World Series and came up with this incredibly spectacular play:

Both Panik and Ishikawa played at Southwest University Park when the Fresno Grizzlies played against the Chihuahuas.

The city also got to see the now starting center fielder for the Los Angeles Dodgers, Joc Pederson, who spent all last season with the Albuquerque Isotopes— which is in the Southern Division of the Pacific Coast League along with the Chihuahuas.

He did this at Southwest University Park.

Now he is doing this with the Dodgers.

The talent has not just been with the visiting teams, the Chihuahuas has had plenty of players to watch too.

Odrisamer Despaigne pitched most of last season with the Chihuahuas, before being called up to the Padres towards the end of the season. The 28-year-old Cuban defector pitched in seven games for El Paso before heading to San Diego. I covered his last game, a couple of weeks later I was watching him flirt with the Padres’ first no-hitter in franchise history.

In just his fifth start, Despaigne was four outs away of doing what no other Padre pitcher had been able to do in 45 years. Jeff Francouer was all over the majors before coming to El Paso. He didn’t just play for the Braves, Mets, Rangers, Royals and Giants, Francouer won a golden glove in 2007 and was on the Ranger roster that played in the 2010 World Series.

Francouer is now with the Phillies and hit this three run homer to power his team past the Mets.

He was in the Chihuahua lineup on a nightly basis.

This year there are a lot of players on El Paso’s roster with major league experience and potential. Pitcher Jason Lane has a major league past that included some call-ups to the Padres last season. Ramiro Pena, who was Derek Jeter’s back up and won a world series in his time with the Yankees.

Reliever Kevin Quackenbush was close to landing on the San Diego Padres’ roster this spring and was called up to the majors at the end of April after just a couple of weeks into the season. While the Chihuahuas were playing their opening game in El Paso this year, the starting pitcher for the Padres hurt a hamstring and the team had to go deep into the bullpen as the game went on for 12 inning. After the game, the Padres were short on pitching for the rest of the series so Chihuahuas pitchers Brandon Maurer and Chris Rearick were called up. One night they were in the Chihuahua bullpen, the next day they were in San Diego playing the Giants.

Aside from the players already on the roster, the possibility of those who might appear later in the season is also exciting. Injuries happen all the time in sports and in baseball and players are often sent down to the minors as the final stage of rehab.

A player like Matt Kemp, the all-star, golden glove and silver slugger winner acquired by the Padres from the Dodgers, could very well play some games for the Chihuahuas this season. Kemp has struggled with health as of late, landing on the disabled list the past three seasons.

Although you never root for anybody to get injured, as minor league fans, injuries have a positive side.

It happened in 2003, when the Diablos, then affiliated with the Arizona Diamondbacks, had Hall of Fame pitcher Randy Johnson start a game on his way back from an injury. That was a Double-A team, in Triple-A those kinds of situations are more frequent.

The main point is to not get discouraged by a team that will not always get the results on the scoreboard that we as fans would like, but enjoy the talent that will be on display on both sides on a nightly basis.