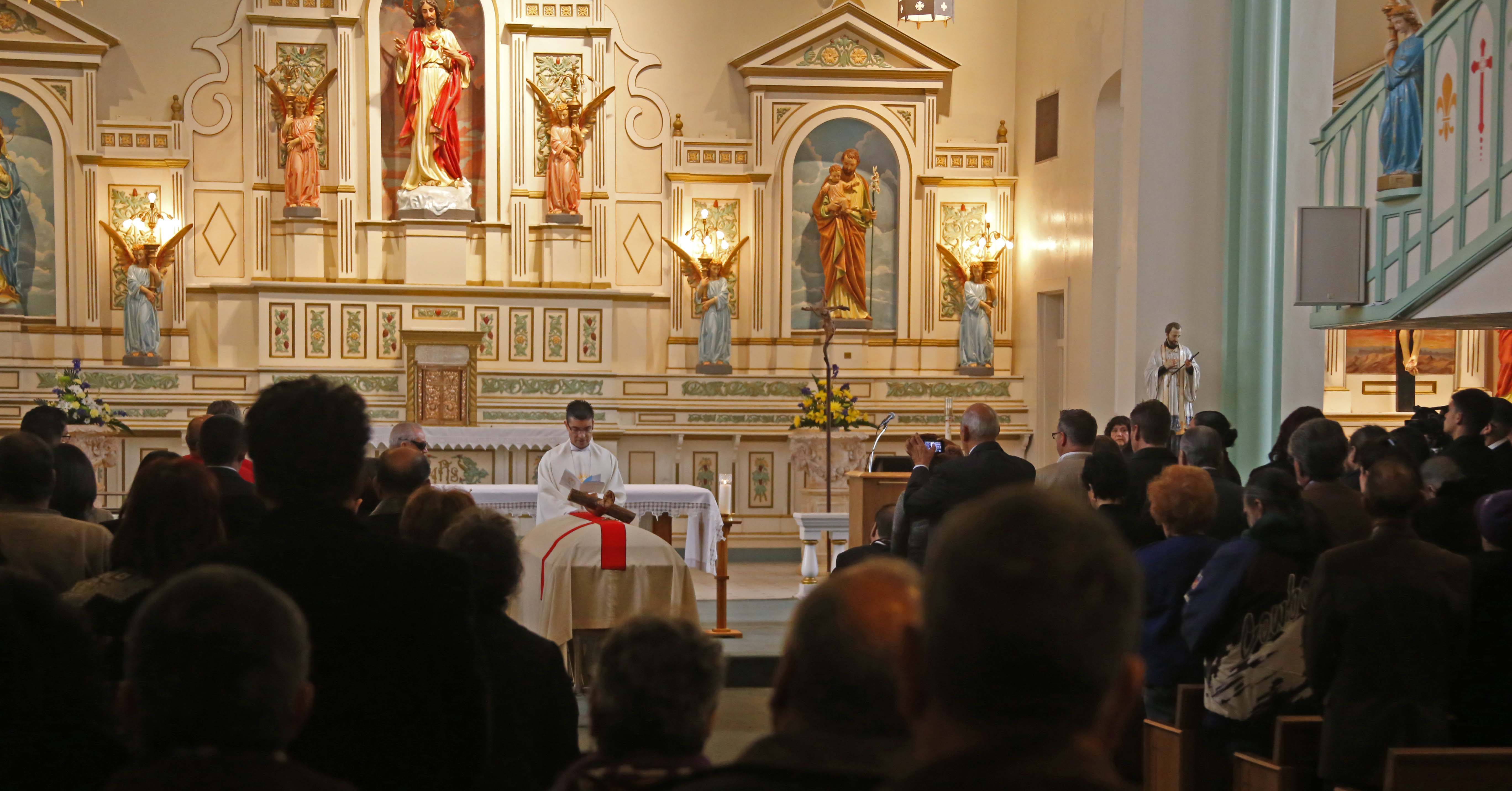 EL PASO — Shouts of “Viva Tijerina!” rang out in the Sacred Heart Catholic Church, reverberating over the crowd gathered to honor the tiger of the Chicano movement, echoing over the mourners huddled around the casket.

During a Mass for Chicano civil-rights leader Reies López Tijerina, his widow, Esperanza placed a wood cross on her husband’s casket and sat with family toward the front of the church.  The Mass was one of various memorial observances held here this weekend for Tijerina, who died of natural causes at a local hospital, January 19. He was 88.

The Centro de Salud Familiar La Fe hosted the services on behalf of the family. According to La Fe, Tijerina’s internment will be a private event at a later date. The organization also said that a Chase Bank account has been set up to receive donations to help his family with funeral costs and related expenses. The account number is 3036516106.

Remembering a leader and a man

The weekend’s services, which also included a rosary Friday at the Harding-Orr-Mcdaniel Funeral Home and a reception at La Fe Culture and Technology Center in Segundo Barrio, allowed the community to honor Tijerina. People from across the Southwest paid their respects to a leader whose public speaking abilities inspired Mexican-Americans throughout the country in the 1960s.

Photographs of Tijerina during speeches and candid moments in life were placed on the walls of the Culture and Technology facility so the public could view the history of his involvement in the Chicano struggle.  A small band serenaded the crowd with the ballad,  “Mexico Americano,” singing lyrics made to order for Tijerina, “Yo soy de la raza de oro. Yo soy Mexico Americano.”  The gathering celebrated Tijerina as a leader and a person who dedicated his life to others.

The dispute over land

Tijerina and other activists had argued that Articles eight and nine of the Treaty of Guadalupe Hidalgo, which ended the war between the United States and Mexico in 1848, were not being honored. The articles ensured the protection of existing property rights of Mexicans in the Southwest. But the lands, referred to as Aztlan by Chicano activists, were taken over by U.S. settlers who moved into the territory

Tijerina’s work forced a conversation over the articles, drew criticism from the federal government, local government and media. It is also what earned him respect as a Chicano leader and the nickname “King Tiger.”

His name grew in popularity when he and a band of land-grant activists led a raid to make a citizens’ arrest of a county prosecutor at the Rio Arriba County courthouse in Tierra Amarilla, New Mexico in 1967, which led to a manhunt for the activists. A state policeman and a sheriff were wounded in the incident.

A voice for many

Before becoming a land-grant activist, Tijerina was an evangelist.

“He was such a great orator and so passionate that he could convince many,” said Diamantina Prado-Storment.

She said that whereever Tijerina went, he was a strong voice for those who did not feel empowered. Racism was rampant in Roswell and other parts of New Mexico, Prado-Storment said.

“Most of us stayed in the background and accepted what was happening to us,” she said. “We expected education to liberate us and eventually it did. I know he had he been around when I was a child.”

Cano said that Tijerina’s efforts were about gaining respect for his people. He referred to them as Indo-Hispanos.

Cano said that the mainstream media’s depiction of Tijerina is inaccurate and does not demonstrate that they clearly know who he is.

“He was a true leader and never varied,” Cano said.

In 2006, Tijerina moved to a small downtown apartment in El Paso. He did not draw a lot of attention, but according to many who attended the Mass and the reception he continued to speak with people in the community.

Prado-Storment said she and her husband will cherish the memory of the times they spent in conversation with him.

And at the La Fe Culture and Technology Center, the band played on, “Por mi madre yo soy Mexicano, por destino soy Americano.”